Rene Descartes was a famous mathematician and creative thinker. This great person was born in 1596 and died in 1650. His birth was in a French town called Touraine. Descartes could gather between the science of mathematics, physics and philosophy.

The motivation for Descartes to think more about philosophy was to solve the problem of philosophy’s uncertainty and doubt. He was a very famous and intelligent mathematician and he wanted to find the same certainty of mathematics and use it in philosophy “without danger of error or confusion” (Wolff, 2014, P.44). He wanted to mediate between science and philosophy to find a path in-between.

The method on which Descartes depended in philosophy was doubt. Doubt was not an aim in itself but he started with doubt to be subjective in his provisions and results. To avoid any kind of prejudices, Descartes followed the doubt method and he started to doubt everything that can be doubted. Descartes wanted to differentiate between facts and beliefs. He wanted to clarify that almost all the things that people know as beliefs can be wrong and with doubt and phrases construction, they can be proved. Descartes followed the method of inquiry and doubt. He started with accepting that there is nothing true, dividing any difficult thing into many parts and then performing his reflections according to the norm of easiness (Wolff, 2014, P.48).

Descartes Main Arguments in the Theory of Knowledge:

Senses were the first place of doubt at Descartes. He believed that the senses are mistaken. These senses can mislead and misguide humans. To prove his point of view, Descartes gave a example. He said that people see the sun very small however, it can be very big. Thus, he lost the trust of all senses and did not depend on them as a mean of knowledge as they are deceptive.

Descartes has raised the doubt that in dreaming one can see things and think that he is in the real life. He said that he dreamt many time of himself staying beside the fire, wearing a coat and dressed while he is in the fact sleeping and undressed (Wolff, 2014, P.53-54). Therefore, Descartes said that the life may be a big dream and people do not know as for they are dreaming and feeling they are in the real life. He concluded that life can be a dream.

Descartes has admitted that a very cunning and sophisticated creature might deceive him. He said that this creature could be the devil. This devil misguides him and causes him not to realize the facts even the mathematical facts that are known like addition.

The thoughts of Descartes were very great and creative but they raised some problems. These problems are like criticizing his follow of the “thought of experiment” (Wolff, 2014, P.57). The scientist has proved that experiments are just to explore the facts not to establish them. Experiments are means for knowing the relations between ideas and not a mean of knowledge. Descartes’s thoughts also created a state of argument between the known after as rationalists and empiricists. 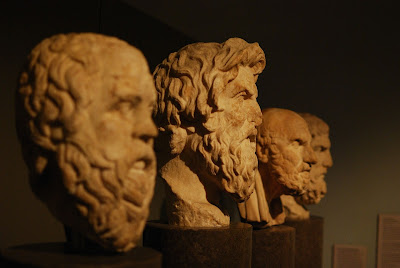