Pollution threatens the humanity in the world. Pollution refers to the contamination of the atmosphere and environment with different chemical or toxic components and materials. Kuwait is one of the countries that suffer from the increase of pollution especially the air pollution. The chemical industries and components in Kuwait provide a great cause behind the increase of pollution. Kuwait suffers from sea pollution because of many chemical wastes and oil leakages in the gulf. Moreover, this type of pollution leads to destroying fishes and different organisms in the sea. The sea life is destroyed because of the chemical components. The Kuwaiti government does the best efforts to maintain the good and healthy life of the Kuwaiti citizens. Kuwait wants to preserve and maintain the sea life effectively. Sea pollution can be explained through its definition, causes and public awareness.

Sea pollution is the contamination of the sea water, leading to death of many fishes and maritime organisms. Moreover, the dead fishes, garbage and the wastes may be the results of sea pollution in the State of Kuwait . It is a notable that the state of Kuwait depends on the fishes and fisheries to maintain a good food source to improve and develop the economic conditions of the country. Sea pollution in Kuwait threatens the effective sea life conditions and environment. It is worth mentioning that there are some natural causes behind sea pollution such as the red tides, hurricanes and other environmental conditions. Kuwait witnesses an increase of the morality rate among the fishes and the fisheries in Kuwait. Kuwait works effectively to encourage many people to preserve and maintain good environmental conditions for the fishes and other sea organisms.

The increase of the fish moralities across the State of Kuwait attracts the public awareness about the causes of the high morality. The cargos of different ships in the gulf can contribute to increase of the fish moralities. Furthermore, these cargos include oil, grains, containers and machines. The possibility of the oil and chemical leakages can lead to marine or sea pollution. Furthermore, some sip operations and activities can contribute to increase of the oil pollution and chemical leakage. Ballast of ships in the gulf can contribute to the sea pollution and contamination of the maritime life. The ship cleanup activities can continue to the oil leakage and the killing of many turtles and fishes. The small vessels in the gulf may not abide by the international and regional regulations and laws of marine life. The drainage of some facilities such as the household and the industrial facilities play a significant role to increase the possibility of sea pollution. Thus, the aforementioned causes are the main causes behind the sea pollution in the State of Kuwait.

The Kuwaiti government should identify the main causes behind the increase of the dead fishes in the gulf. Moreover, it works to make a great awareness about the environmental protection to save and maintain the heath life. The Kuwaiti government should be sure that no garbage or waste is eking thrown in the gulf to maintain a good marine life for the marine organisms. Kuwait should make more regulations and laws to prevent more sea pollution throughout the gulf. It is worth mentioning that the Kuwaiti Ministry of Environment launches various campaigns to increase the public awareness about the importance of preserving and maintaining the beauty of different beaches of the State of Kuwait. People should care over the preservation and maintaining the most effective environment for the fishes. Kuwait shall increase the public awareness of the ships owners and staffs in order to preserve and maintain an effective life for the organisms.

In conclusion, Kuwait witnesses a threat of the sea pollution because of the ships and the small vessels. Sea pollution refers to the contamination of sea and the Arabian Gulf because of various chemicals and oil leakages. Regardless of the natural causes of the sea pollution, sea pollution many be a result of many problems such as chemical and oil leakage. Furthermore, Kuwait does the best efforts to advertise in the media facilities to increase the public awareness about this threatening issue. The Kuwaiti people should care and concentrate over sea pollution and its consequences. TV and radio advertisements about the public awareness can play an important role to attract many people to care over their environment. The governmental and nongovernmental organizations can work effectively to implement different principles and procedures to maintain a good life for the sea environment. 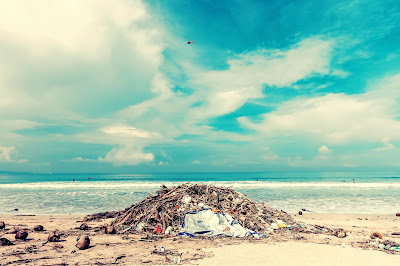