The idea began in the great depression period in 1930 as all the world had economic problems. The World War II which started in 1939 has caused more economic problems. In 1944, many countries gathered in the conference of Bretton Wood to start a discussion upon international monetary system. In 1945, IMF was formally announced with 29 member countries to help countries with economic problems.

The Role & Purpose of IMF:

IMF has main three main different purposes. The first purpose is regulatory role and it is applying AOA agreement in all countries. The second purpose is a financial purpose and it is related to loans and investments. The third purpose, which is providing the member countries with financial consultancies. Speaking of IMF Role, there are many roles for the International Monetary Fund Organization. The first role is surveillance and it is monitoring all the important economic changes. The second role is lending and it is giving loans to the countries with guarantees like economic reforms. The third role is providing technical support and training in the field to the countries.

1- IMF faces many challenges and the first challenge it faces is identifying any possible dangers on the world economy early.
2- The organization faces is helping in solving the problems of exchange rates between countries.
3- Applying the provisions to solve any problem of liquidity and applying fair policies towards the debtors and the creditors
4- The application of all the principles and economic rules
5- The removal of all the trading barriers in order to facilitate trading between countries
6- Banning deflation which is the reduction of the prices because of unemployment and bad economic conditions

Successes That IMF Had:

1- In 1980, IMF has helped Mexico with Pesopackage aids and this stopped liquidation of assets and ending the economic crisis of Peso. Besides, Kenya government had a very bad crisis that the Kenyan government was spending funds on unnecessary projects, thus IMF stopped funding to help in changing the Kenyan government attitude.
2- Moreover, IMF has helped India to apply economic reforms and now it is one of the leading countries in economic stability. For the analysis of the success of IMF, it has proved much success like the case of Mexico through decreasing the inflation and stopping turning the assets to foreign currencies.
3- In the case of Kenya, IMF helped in changing the view of the Kenyan government towards using resources and funds efficiently. In the case of India, IMF helped the country to get rid of any economic corruption made by the Indian government and start economic reforms.

Failures That IMF Had:

1- The economy of Russia after the ending of communism was very bad. IMF gave Russia short-term loans and this increased the crisis of Russia as it couldn’t pay loans back. IMF was accused of being a political tool in the hand of the USA.
2- Moreover, Greece has been suffering a bad economic crisis since 2012. IMF could not help Greece whose crisis is existent till now.
For the analysis of the failures of IMF, it has failed towards Russia was offering short-term loans instead of long-term loans. This caused more burdens of Russia who had an economic crisis to pay back loans. Moreover, the case of Greece was different, as it has suffered from 25 % unemployment. IMF should have helped Greece with projects instead of offering it more funds.

Current Challenges and Problems of IMF:

1- IMF is now dominated by the richest and the industrial countries who impose their conditions and policies on other poor countries.
2- IMF is incapable of applying economic reforms without the application of cuts to countries expenditures in the poor and developing countries
3- IMF has increased the world debt crisis through short-term loans and this matter hinders the world trade between countries.
4- The problem of economy in Greece is the main challenge of International Monetary Fund and it is necessary for Greece to apply real reforms through IMF to recover from these negative economic issues.
5- In addition, corona virus (Covid-19) is one of the challenges that made many countries lose sources of income and direct for loans.

The first criticism to IMF is accusing it of changing its mission from helping the international markets to let them to work by their own. The second criticism of IMF is the application of wrong policies in the countries that have economic problems through opening their countries to foreign investments, which can be withdrawn anytime instead of helping the local economies. The third criticism to IMF is that it depends on taxations, which increase the problems at citizens and companies. The last criticism of IMF is that it offers short-term solutions and long-term problems to the countries as loans increase the burdens over countries.

IMF provides a solution to all the crises and all cases of emergencies through the funds and this saves the global security through preventing or treating all economic crises. Since the great depression, there has been a desire to ban any possible case through establishing IMF. It also saves the global security through strengthen the economies if the member countries. Moreover, it alerts regarding any possible risks to take measurements before any possible crisis. Additionally, it helps in the stability in exchange rates and this prevents any problems between countries. 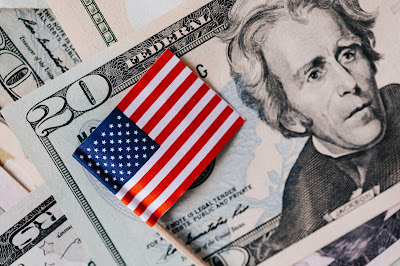