Pros and Cons of Social Media

Social media is very important to the youth and the old alike. Social media includes all the websites that enhance communication between people. Facebook, Twitter, Instagram, What App, Viber, Imo, line and LinkedIn. None can deny the importance of social media in increasing communication and interaction between people. Truly, Social media enables people to know and discover many new things in life. People can explore other cultures and traditions without travelling. In fact, most human beings communicate with one another through using social media websites.
Actually people can connect with all people in the whole world easily and rapidly. They can also write and send messages to companies in different companies when they need to do works with them. Social media provides great connections among people that help them to find friends, new jobs, services as well as new customs. Social media depends on mobile phones and web-based technology. Social media websites have many pros that succeeded to attract the attention of all people around the world; however, social media websites have some cons and negative sides.

Communication with others is the core skill that anyone should have. All the human relations contain a high level of communication. Without communication people would not work, have friends, talk to their families or work. All these things are based on communication between people. When anyone applies for a job or even for an academic scholarship, his ability to communicate and contact with others is measured. Social media websites increase communication skills between people. According to Kenneth Burke, “if you have not caught on to social media, you are missing the boat”. These websites enable one to ask about his friends, send them messages, know new people from different cultural backgrounds and know others news. That is to say, people can meet new persons from different countries on social media. This would make people know other cultures and discover their way of living. This communication would prevent any kind of clashes between people. The best thing in social media websites is that it is the easiest way to know others’ news. Just with one click, one can know what others have either it is a wedding, a dead person or graduation. Social media websites like Facebook have a section for remembering people of their important news like the friends’ dates of birth.

People can learn many things and know many information through social media websites like Facebook. Facebook which is the biggest social media website is that it enables users to make groups and pages for free. The cultured people use this trait in order to make informative pages about history, culture and famous persons. According to Michael Barthel, “As of early 2015, sixty three percent of Twitter and Facebook users get news on their respective websites”.
Many people like to use their cell phones in order to get an access to social media websites more than watching TVs. Documentary channels are like National Geographic Abu Dhabi. Such channels use this finding and establish pages on Facebook and they attract a big number of followers. Moreover, all news channels have followers on Facebook, Twitter and Instagram. News pages increase the awareness of people through posting all the news immediately beside reports. All these means make people cultured and able to discover the truths by themselves. The social media websites are like a separated world in which the truth is apparent for each person. Fake news are less happening and published on social media as there are no restrictions on what is published.

3- Always Staying in Touch with Friends:

Furthermore, people could find many job opportunities on social media due to the huge number of people and organizations that tend to use social media in business and work. Moreover, social media allows people to relief and relax after having a tiring day at work; all people can do is to log in their social media accounts from their cellphones and share their feelings and their news with their friends

On the other hand, many people count the negative effects of social media. This can be summarized in wasting time. Some people say that the biggest time waster is social media. They add that sitting for long times in front of computers or holding cell phones for long time decrease the strength of sight. This also can cause many other health problems like back or neck pain. Social media has many pros like increasing communication and information however, it has some cons like decreasing face to face interaction between people.

3- Internet Addiction and Being Abused:

The overuse of social media websites can be the main reason for destroying the family relationships and make people loss the real impressions of face-to-face communication. People spend much time in front of their computers or using their own cellphones which makes them miss the real interaction with their family and their friends in real life. In addition, using and sharing all personal information on social media websites is not safe because of the spread of scams and hackers that tend to exploit and blackmail other people to gain money.

Most people used to share everything about their private life online in order to tell others about their life and this deed is not good in most cases because there are many people who tend to misuse such information and gain profits from blackmailing others. Social media contributes in making people lose emotional connection, decreasing understanding among family members as well as spreading the state of insecurity and diminishing people`s safety. 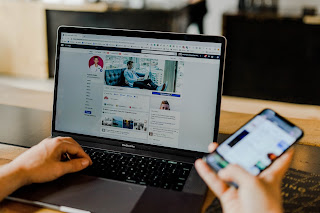