"The Adventures of Tom Sawyer" Plot Summary, Characters and Themes

The Adventures of Tom Sawyer Summary by Tom Twain

This story speaks of Tom Sawyer and his friend Huckleberry Finn.  The main idea in the story is searching for a treasure hidden in a cave. In the End of the story, Tom find the treasure and the villain Joe gets his rightful punishment as he dies in cave and none feels sad about his death.

1- Tom Sawyer: He is a young, mischievous boy. He likes adventures and travels to different places in the village. Tom Sawyer is in dangers. Many times because of his intention to go into horrified places, Tom would be in risk. He has the leader characteristics as he can guide and persuade his friends to do and behave in particular way. He likes the criminal actions and wants to be a leader of a gang of robbers in the future.
2- Huckleberry Finn: Huck is a young boy. He is the son of the town drunk. He is not an educated boy, as he does not go to school or church. He is able to change different actions in "The Adventures of Tom Sawyer" story. He is less imaginative boy than Tom. He is able to do many things although he is a young, small boy. Like the children, he is afraid when he witnessed the murder of Dr. Robinson, while he is like a man when he confronts Injun Joe to kill Mrs. Widow. He does not like the life of the high-class people, as he wants to join Tom to create a gang of robbers.
3- Injun Joe. He is the bad side of "The Adventures of Tom Sawyer" story or the villain of this story. He is a half Indian and American man. He is an evil and criminal character. He is able to kill and steal the properties of people without any justifications.
4- Aunt Polly: She is the aunt of Tom. She lives with Tom and Sid. She is a religious woman. Although she fights with Tom many times, she loves him so much. She feeds Tom and tries to guide him to the right direction.

Summary of "The Adventures of Tom Sawyer":

A mischievous boy lives with his aunt and his half-brother in a small town in Missouri. Tom, the young boy, likes to play tricks with children in the school. he does not go to the school, so this aunt punishes him to wash their fence. He convinces his friends to wash the fence instead of him. Becky Thatcher, a new girl in the town, come to the town with her father.

Tom falls in love with Becky Thatcher. She refuses him because he knew that he was engaged before. Tom Accompanies Huck a poor young boy in the town to go to graveyard where they witness the murder of the Dr. Robinson. They are so afraid so they promise each other not to tell anyone. In that time, someone is charged for killing wrongly, so Tom confesses who did kill Dr. Robinson.

Tom and Huck Searches for a Treasure:

Tom and Huck go to a hunted house to search for a treasure; they find Injun Joe, the man who killed Dr. Robinson. Therefore, they are afraid. Huck knows the place of the gold of Injun Joe. He knows that Injun Joe will kill and steal a woman in the town. All children go into a picnic into a cave except Huck. He goes after Injun Joe and saves the life of this woman.

Tom is lost in the cave so all people in the town search for him but in avail. On the next day, Tom Comes to Huck and tells him about the place of the treasure of Injun Joe. The woman wants to adopt Huck. Injun Joe is dead in the cave.

Tom and Huck find the treasure and they decide to constitute a gang of robbers in the town.

Themes of "The Adventures of Tom Sawyer":

Analysis of "The Adventures of Tom Sawyer": 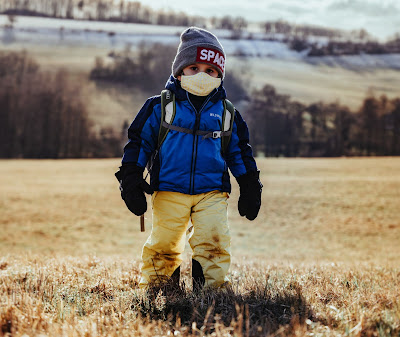