The Difference between Islam and Capitalism

Difference between Islam and Capitalism

Charity means integration between people in all the fields of the life. John Locke has defined charity as the help that one presents to other people who do not have any mean of subsistence. The great defined charity as the ability to protect, guard and help the human kind in general and he concentrated on the charity of poor specifically. This means that charity has many faces and it can be in many fields of life.
Charity can be with the simplest thing the smile and the good word. It also can be through time when people scarify their time in order to help others like volunteering in charitable organizations. Charity can be through health via helping an old man or a woman in carrying heavy things. However, the most important kind of charity is the charity with money. When one donates money, he or she helps others (Robertson & Crushers). That is through helping the poor with money in order to buy their needs and be able to live. Thus, they can buy food, clothes, medications and all the needs of the human being.

The monetary charity has many conditions. The first condition is that it should be provided to the poor who need this kind of charity. The second condition is that it should not be given with ignorance to not hurt the poor with this feeling of pride and vanity. The third condition of charity is that it should be given according to the needs of the poor and it also should be given fairly between the poor. Therefore, charity is the relation the makes the poor love the rich and kill any feeling of envy towards the people who have much money. Humans were created to integrate between each other and not to fight and hurt each other. The only way that would enhance the feeling of love and integration between all people is charity. There are many systems for charity like the Islamic system and the capitalism system and making a comparison between both systems would help people to adopt the right system.

Islam has a certain set of rules for the people and they are essential for any Muslim to follow amongst those roles is charity. Charity is not a matter of choice in Islam it is a matter of commitment and it is essential for middle class and high-class people to do. Giving money, food or anything else to the poor is part of the charity mentioned in the five pillars of Islam and it is a part of the duty of a real Muslim. Charity in Islam is called Zakat, which is compulsory charity and literary means purification as in purifying the soul of the giver from any greed he could have (Al-Disi et al, 2003). Islam also has normal charity that people are not asked about but they do it because they want to. This type is called Sadakat. This money, food, drinks or anything that is given for the poor enhance the relationships between people and make them one body. Thus, love and charity would spread between people and then Then God loves them according to the Islamic religions’ teachings (Design and America).
Zakat is viewed in Islam as a matter of obligation in order to give back some of God`s wealth to the people who deserve it. It is a matter of universal love and it does not depend on emotion, whether or not the person feels like paying money to the poor is not a matter of choice if they want to remain a real Muslim. Islam inspires people to share their money with others and help people in need get what they want in life. Other than Zakat and Sadakat there is also another type of charity in Islam, which is Tabaro’a and it, means donations.
Donations are not mandatory in Islam, however, to many people they are seen as a mean of giving back to society and thus many Muslims do in fact give donations. Donations are usually given to hospitals and communities that are needy. In this case, the help is mostly provided to the people who need it through services and not through money. Thus, donations help people in a different way from both Sadakat and Zakat. The difference between Zakat and Sadakat is the first is obligatory and has many guidelines while the second is optional (Al-Munajjid, 2016).
Moreover, Zakat should be in things like silver, gold, money, corps, animals and ach one of them has a way of calculation but Sadakat can be in any kind of wealth without any time limitations unlike zakat that should be given yearly. Another difference between Zakat and Sadakat is that Zakat is given to certain type of people and these people are mentioned in a verse but Sadakat can be given to these kinds of people and more. The last difference is the one who does not give Zakat can be punished in the other life but Sadakat does not have a punishment.

Capitalism is a system that supports the freedom of a person in life. Politically it means supporting freedom of expression. While legally, it means supporting the laws of freedom. It means economically supporting a free market with more privately owned business than governmentally owned ones. An example of capitalistic countries can be seen in the United States of America. The US depends mostly on capitalism economically and most of the business done inside the country is privately owned. Because of this, the idea of charity in the country is not very common between people and it is also not a mandatory thing for people to do. This is due to people’s motivation, as they do not have a strong religious motivation for helping the poor and taking care of them. The people with kind hearts only do this, while the rest do not.
Quran tells in [2:274] that people who spend money in night and day either secretly or in public will be rewarded by their Lord and will never fear or grieve. While it is true that Charity is not a mandatory thing in capitalistic societies there are various occasions were people in countries like the Unites States of America think about giving back to the society. Christmas and thanksgiving are two of those occasions in which people see a real gift in giving back to society and helping the poor. Thanksgiving in the US is all about being thankful for what you have and gathering everyone you love in one place once a person sees this in real life they are bound to think that some people are not as fortunate as him in life and thus tries to help people who have a lot less than he has.
People generally love giving back when celebrating something because celebrations make people happy and feel that they want to help others feel as happy as them. As a result, many people give charity back to society only during Christmas and thanksgiving in the United States.

In many cases, capitalism uses charity as a social and financial tool. People in the poor states give charity more than the people of the wealthier states. That is because charity depends on the poor in the capitalist system. It is like a social tool that affects the society towards directing it to certain acts. The houses of the old people, the hospitals and charity organizations are all used as a financial tool. These tools are used to make profits. Capitalism can be promoting inequality as well as the need for charity” (Bschaefer). That is because capitalism widens the gap between the poor and the rich. Capitalism depends on promoting the rich and posing more taxes on the poor to attract the biggest number of investors. These investors surely seek to make the biggest profits.
In the U.S., candidates of the presidency use charity like visiting hospitals and schools as a tool to make people love them. For example, people listen Mrs. Clinton has visited a school for the black people or a hospital for war victims. Therefore, capitalism enhances using charity as a social too to achieve personal or private gains. It is also used as a financial tool, when businessmen try to make profits by gathering donations and money from people and convincing them that it is for charity.
The idea of charity is much different in Islam as it is related to God and paradise. In the Islamic world, charity is preferred as a mean for approaching of God. There are many Islamic verses, which motivate people to do charity and tell them that they would find this charity when they meet God. In a state like Qatar, people do charitable actions in order to get merits from God. The belief of Sadakat and Zakat makes people give money on their own with an interior motivation and without any aim. There are many verses in the Holy Qur’an and many words of the prophet Mohamed (Peace and Blessing Be upon Him) about the merit of giving money to the poor people and how this makes the givers in the highest Islamic ranks in the life and the afterlife.

To sum up, the system of charity in Islam is an integrated system that promotes charity in the society and solidarity. People in the Islamic system give money only for the sake of God and without any private benefits. On the other side, the capitalist system promotes charity but people often use this charity for getting gains. With Zakat and Sadakat, Islam decreases the financial differences between people.
However, capitalism enhances these differences through forcing the poor to pay taxes. This kills any spirit of charity in the society. This means that the Islamic laws of charity are better the capital laws of charity. Zakat in Islam has a certain amount of money and this money is yearly and counted to be enough for the poor to live. Sadakat are for the people who would like to pay more than Zakat and it is not mandatory. Charity in capitalism lacks the regularity and sufficiency. 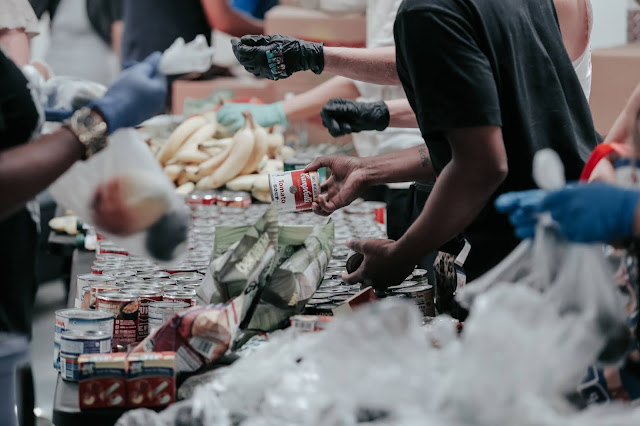