I have heard about this scandal of Volkswagen on BBC website in a report. This report is called “Volkswagen: The scandal explained” and it is written by “Russell Hotten”. The article talks about the scandal of the known company and how it has been done. This report shows that the car company was claiming “defeat device” against air pollution. The fact is that the device is an illusion, as it is not a real machine but a computer software.

BBC Was the First to Tell about the Scandal:

In fact, BBC as an international news website was one of the websites that discussed the scandal of the great company. This scandal has caused many managers in VW to resign and declare that the company is about to fall. The international websites like BCC has discussed the matter and they started to ask experts about the direct results of the carbon and nitrogen emissions that VW cars causes while claiming that they are the best in the reduction of pollution. The local channels and newspapers have not discussed the matter at all.

No Arabic Journal Discussing the Scandal:

I have never seen a single Arabic website or journal that discussed the scandal and its effects on the human health. This dates back to the culture and the education that Arab nations had. The Arab people does not care a lot about their health or such studies and tests. Hence, all the Arabic media did not expose the matter and did not tell the people about its catastrophic results. People in the west care a lot about their health and the pollution of the air. They take care of their health and practice sports. When such a scandal appeared, the means of media in the west told the entire world about the very important news. VW Company is a deceptive company. The company is one of the biggest car manufacturing companies in the world and it has many famous cars. All this is in vain as such deception to the customers and countries and such harm to the environment would cost the company a lot.

Effects of Volkswagen Scandal on Qatar:

The effect of this scandal in Qatar has two main sides. On the country level, Qatar may decrease the import of VW cars. That is because the Qatar authorities take care of the pollution and its rate in country. The country has a national direction that ban any company that harms the environment and causes pollution to sell its products in the country. That is because the rate of the pollution in the country which is considered the high rate of carbon dioxide per capita in the world. This would affect the number of VW cars in Qatar. On the people level, people do not care a lot about the pollution and they only care about their interests, especially in the darkness of the media about the scandal. The matter is not about interest alone but it is also about people’s knowledge of the side effects. The culture of the protection of health in all the Arab countries is absent. People in the Arab countries are not fully aware of the things that protect or harm their health. That is the responsibility of the experts and the media, which should lead people and guide them. When the cars are banned in car agencies because of the authorities efforts to protect the environment and people. In this case people would know from this prohibition but not from the media. The matter is very serious and the media in Qatar should be aware of its dangers. The result of this is that sales of the current cars would fall and the possible importation of the cars would stop.

A Proposed Solution for the Scandal:

If I were the marketing manager of VW Company in Qatar, I would take many steps to treat the situation. First, I would address the owners of VW cars in Qatar that they can exchange their VW cars with VW higher and safe cars free and without any charges. I would also play on their emotions and try to tell them that there was a mistake but cars are still ok. In addition to that, I would declare that the company would take part in nonprofit projects for environment protection. That is to deliver a message saying that the company would protect the environment and make many projects in this regard as a return of the harm the cars made to the environment. Secondly, I would talk to the ministry of commerce to permit for adjusting a new real device in VW cars free of charge. For the environmentalists, the company should declare an open and unconditional monitoring for its cars by any environmentalist. This would rebuild the trust between the environmentalists, who have a great impact on the people minds, and the company. For the potential customers, I would lead a propaganda about the new applied norms of health and safety in VW cars and I would expose real and actual statistics and scenes of the norms. For the cars fans and clubs, I would tell them that the company would take part in establishing new clubs and competition for VW cars’ owners to participate for free. This would encourage them to buy more VW cars. 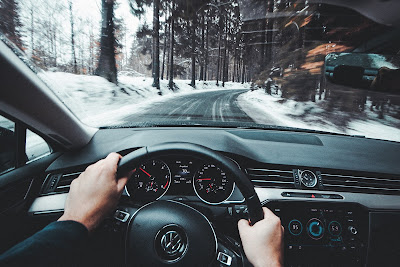