What Is Egypt Famous for?

What Is Egypt Famous for?

Egypt is one of the biggest countries in tourism. It has more than two thirds of the monuments of the world. It also has a moderate climate and a distinctive location. Visiting Egypt would be an amazing thing as people there are very welcoming and it is characterized by cheap tourism. Moreover, it combine between two seas, Nile and many various monuments from different ages.

They are three pyramids and a status in Giza and they are one of the world’s seven wonders and they were built 2500 BC. They are very unique as the three pyramids are every high almost 146.5 meters and heavy each stone is a ton.

It is located in Cairo in Tahrir Square. It contains more than 12000 monuments. It was opened in 1902.

It is a monumental place that was built by Ramesses and his wife Nefertari and the sun rays comes on Ramesses two times yearly in his birthdate and in his death date.

It is a coastal city at the Mediterranean and it has a famous lighthouse and library. It contains many resorts and hotels. It is a very historic town.

It is located at the Red Sea and it has a coastal border of 40 kilometers.

It is a coastal city at Sinai Peninsula and it has and it has an amazing diving location called Ras Mohammed. The water there is amazing.

It is a coastal city near Alexandria and it has a seaport. This city is most visited by Egyptians as the prices there are cheap.

It is a very famous Egyptian food consists of rice, macaroni, tomato sauce, chili, and fried oil slices. Kushari is a very delicious and useful food.

A very famous food that is eaten by most of the Egyptians and it consists of minted beans.

It is an Egyptian food consisting of rice, tomato, onion, peppers, oil and cabbage. This food is eaten with roasted chicken or meat and pickles.

It is a famous Egyptian food that consists of the leaves of corchorus. It is firstly minted then it is added to chickens’ sauce with fried garlic.

Finally, Egypt is a big touristic country containing many touristic, glamorous costs, kind people and special foods. It is strongly recommended that people visit Egypt to see the history of 7000 years meeting with the friendly people and peacefulness. To sum up, Egypt is the land of many heaven messages, so it contains people from different religions. People there are amazing and they like all foreigners. 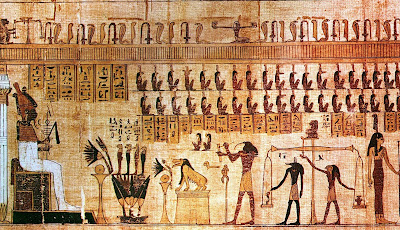