What Is Travel Medicine?

The purpose of this article is to identify the history and the role of travel medicine and its role attitude towards diseases and prevention from them. Another purpose is showing the differences between emerging and re-emerging diseases. Besides, knowing how diseases can emerge or re-emerge. This is to raise the awareness of people towards the importance of travel medicine and to be as an inclusive reference for all the studies about travel medicine.

The Way Patterns of Travel Have Changed:

In the past, travelling was not easy and people could travel from a place to another place hardly either in days or maybe months. This made interaction and infections not to be transferred between countries easily. To move from a place to another, people depended on camels and horses. But in the present time, travelling has been made easier than ever and one could move from a country to another country in an hour or maybe few hours. This was because the invention of cars and airplanes that facilitated moving between places.
This leap in means of transportation has led to the spread of many diseases in days or even weeks. Many countries have different diseases that are not in other countries. Through such globalization and travelling, illnesses could be transferred either directly or indirectly. Diseases are transferred directly through the direct interaction with a patient like touching him, eating a food that bears an illness, the insects' bites and the sexual contacts. Diseases also could be transferred indirectly through using a tissue that has been used by a patient or playing with an ill child's toy (NCBI, 2007).

Definition and History of Travel Medicine:

Travel medicine can be defined as the medical branch, which shows the diseases that can be transferred to a passenger when he travels to a foreign country. The first appearance of travel medicine was in Europe in 1990. The European countries started to study that diseases of the aboriginal people in the country that they travel to through tropical medicine institutes. Travel health services started to appear to help the patients of diabetes that need a special medical care all the time and to also protect people to get affected of any common illness in the destination countries.
Firstly, travel medicine was offered to government officials that are used to travel a lot to foreign countries, before it gets to be known to normal persons. Moreover, travel medicine services were offered in both the home country and the destination country. In 1991, many travel medicine doctors have participated in Atlanta conferences and this was a leap in confessing of the importance of travel medicine. In 2010, there were about 2500 travel medicine practitioners in more than seventy-five countries indulged in the International Society of Travel Medicine. After that, many travel medicine organizations started to appear like American Society of Tropical Medicine and International SOS in which the membership offers an access to six thousand travel medicine practitioners in more than seventy countries (Departures, 2010).

Some people say that illnesses in the present time are more than the past time while others say that illnesses are the same but the technological techniques in discovering diverse illnesses have been updated and this is the reason that medicine discovers illnesses that have been in the past while they were not discovered. None can deny the interaction between the environment and the human health, meaning that environment can cause many diseases to the human. Not only environment transfers illnesses to humans because humans can transfer diseases to each other.
Globalization plays an important role in the matter because with the uprising of the globalization and travelling, the human health has become in a danger. In the past and with the appearance of farming, farmers were a good resource for transferring illnesses from the environment and animals to humans like influenza, cholera, cold, measles and syphilis. With the transfer of the farmers to sell their goods or to barter them, many illnesses have been transferred.
In the past two centuries, there was a state of globalization started with the transfer of African workers and farmers to countries like the United States of America. This has been accompanied with a state of a change in the biosphere. By the Industrial Revolution, there was an economic leap, which required importing talented and skilled workers. After the invention of cars and planes, travelling has become easier than ever and this was a good chance to transfer illnesses from a country. All these interludes lead to stating that all the modern means of transferring has led to acquiring a near immunity at all people (McMichael, 2002).

The Evolution of Travel Medicine:

Travel medicine started to be evolved since 1990. This happened through many steps. It started to get connected with other fields in medicine like the epidemiology which concentrate on the spread of illnesses studying its causes and results and different stages of illnesses. It also has evolved to include accidents and emergency medicine in order to deal with the special cases of illnesses like diabetes whose patient need a special health care.
Moreover, safety and ergonomics sciences have been evolved and linked to travel medicine in order to apply tourist safety. Tropical medicine is also a very essential branch in travel medicine. The reason of the importance of tropical medicine is that travel medicine practitioners extract all the information of high risk and infection countries or cities from tropical medicine. Travel medicine has been evolved in many other sides like health education to passengers, social psychology of passengers to avoid any risky behaviors on vacations, management studies to qualify the places that passengers would visit food safety studies to prevent any illnesses through foods and laws that govern the case of illnesses, injuries or accidents (Page, 2009).

Attitude towards Health Problems and Their Prevention at Modern Travelers:

Travel medicine determines the proper attitude to health problems and the prevention of illnesses. The role of travel medicine is to protect passengers from any possible illnesses. The solution to avoid such illnesses is to depend immunization, general precaution and preventive medicine reserves to preserve passengers. Travel medicine is concerned with the prevention of all diseases especially typhoid, tetanus, polio, yellow fever, malaria, hepatitis A and B, diarrhea, meningitis and tuberculosis. To take care of patients and prevent the transfer of any new illnesses to the healthy persons are priors in travel medicine and this happens through checking beverages, foods, bites of the insects and weather change beside giving proper vaccinations to the passengers to protect them during their journey. Moreover, the patients of diabetes and kidney diseases need a special medical care that travel medicine saves (Medicinenet, 1996).

Emerging and Re-emerging Infections and Differences between Them:

Emerging infections are the diseases that are identified presently. These diseases were not existent in the past but they caused many health problems either domestically of internationally through their increase in the previous twenty years. On the other hand, remerging infections are the diseases that have been existent in the past causing many problems and started to shrinking in the present and the number of its patients has decreased like plague and cholera. The way that diseases emerge is when persons get in contact with the ecology or the environment in which the illness can be promoted or even with the people with the same illnesses. This happens in accordance with the ecological evolution of new diseases like AIDS or avian flu. Illnesses always develop with the help of the microbial evolution and this creates a dilemma of finding appropriate drugs for treating such illness (Morse, 2011).

The Way That Diseases Emerge and Re-Emerge:

Diseases emerge or reemerge through many factors. The first reason is the adaptation and the change of microbes and this lead to a dangerous problem, which is that the human immunity does not know this illness and it needs time in order to identify such developed microbes. The second reason is weather and climate, which leads to a heavy change in the mosquito vectors which can transfer illnesses from a place to another or from a person to another. The third reason is the human behavior like the usage of others' personal stuffs like nail clippers, shaving blades and body pierces. The fourth reason is economic development and urbanization that has led to the cut of many forests in Venezuela and thus cane mice spread and transferred a new virus to humans, which is Guanarito. The fifth reason is travelling and moving from a place to another. This has led to the transfer of illnesses between countries like cyclosporiasis, which was imported to the United States of America. The sixth reason of emerging of illnesses is poverty, which made people in some countries eat the dead animals, and they have been infected with the gastrointestinal anthrax to humans (Lashley, 2006).

To sum up, the number of the passengers that have travelled outside their country in 2014 is one billion. The number is very big and draws the attention of any person. In the United States of America, there were 68.3 million Americans travelled outside their country and this ratio is more than the ratio of 2013 by 10%. People travel for different reasons like tourism, family visit, medical treatment and study, but the catastrophe is that only most of those travelers do not perform any medical check of consulting before their trips and they do not know the meaning and the objectives of travel medicine (Nicks, 2016). Thus all efforts should be exerted by the political leaders, medical organizations to raise the awareness of people about the importance of travel medicine and to also take a proper attitude towards the prevention of infections to be spread, besides taking actions to help travelers that have health problems. 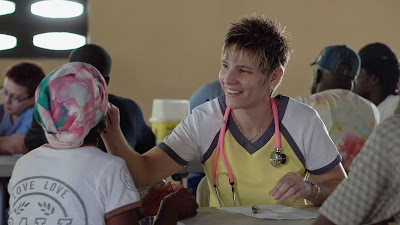