Women's Right to Work in the Gulf

Women's Right to Work in the Gulf

Work is the most precious thing that one have in the world. Both men and women have aspirations and hopes in the practical life. That is because they both are educated and they have brains. In fact, the matter is different as women are not like men in the shape and body formation. Women cannot and should not do the hard works that requires physical activities like digging, carpentering, plumbing or painting. The impact of the hard works on women is that they become ugly and undesirable (Elliott, 1882, P.148). In the works that requires a mental interaction, women have proven to be intelligent and smart. In west, women have reached the highest positions and they have become presidents, prime ministers and ministers. In the Arabian Gulf the matters go in a different direction. In the Gulf, women are not fully given the chance. No woman has become a president or even a prime minister. Countries and communities impose many restrictions on women work. Mothers in the Gulf region should work to benefit the community, have the chance for achievements and gain money for spending money.

A Chance for Achievement:

The woman before marriage is the same woman after marriage with the same skills. Woman has proven to have many skills and they are very diligent. The number of women in the educational institutions is more than men and anyone can notice this big difference between the number of girls and the number of men. This would have two results. The first result is that women are very efficient in education and they have many skills. The second logic result is that women should be more than men in workplaces. The working mother with preschool children in the United States of America were 64% in 1997 and in 2007 it has become 60% (Hirshman, 2007, P.2). This means that the rates of women is decreasing in a country like the U.S. with no imposed restrictions on women. In the Gulf Arabian, the conditions of the working women are not better than the United States. Women in the Arabian Gulf are not given the complete chance to benefit their countries in spite of being very skillful and efficient.

When women work they feel that they are valuable, estimated and appreciated. This is the reason for which women in the Gulf Arabian would work. The women need to feel with their value as productive people in line with men. If woman did not work because of being a female, she would lose her self-confidence and she would be very irritated. Being a woman is not a disadvantage but it is a motivating factor to work harder to prove yourself. A survey has been made on 100 women leaders about the obstacles of Arab woman as a leader and these women has said that wrong understanding of Islam, misinterpretations and cultural barriers (Abdalla, 2015, P.30). All these barriers are obstacles in the way of women to achieve themselves and give their best.

Many women do not have money to live and they do not have guardians. This requires them to work to have a living. This happens for girls whose father die and for wives whose husbands die. This matter is very important, as when work becomes essential to women to work, they should work. The problem occurs when some restrictions are imposed on women not to work. When the women work and get money, the feel with confidence and independency as they do not get money from anyone. The working women can buy all their needs without any lack. In the United States, the bankrupt of families increases the number of the working girls between 16 and 20 years old (Person, 1915, P.227). In the Arabian Gulf, the economic conditions are very good for most of the people. In fact, not all women in the Gulf Region have much money as there are many women whose husbands or fathers have died. This suppose that women should have the chance and the freedom either to work or not.

To sum up, there are many reasons that women should have the freedom to work or not. That is because women have many skills that can contribute to the advancement of the community. Moreover, the work for women and men means independency and self-confidence. In addition, there are many women who need to work to gain money. For all these reasons, women should get their rights and work. 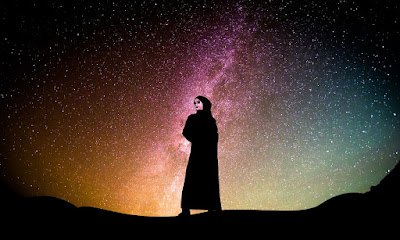