This story discusses the idea that a father can send his daughter to death if she refused the husband he chose for her. On the other hand, the title seems weird for anyone who reads "A Midsummer Night’s Dream" story nowadays. When we think about June, the middle of the English summer pops immediately in our minds, but actually the events of story occur at the end of this month. The reason behind this is because according to Shakespeare, there isn’t such a season called spring. Moreover, a lot of persons think that this time was a great opportunity for people to love and to dream. In addition, they think that at this time, fairies bring joy and happiness to life after the difficult and tough weather of winter.

Setting of "A Midsummer Nights' Dream":

"A Midsummer Night’s Dream" story begins in the ancient Athens where a Duke named Theseus makes his castle ready for an elegant wedding. Although it witnesses a large number of marriages, which are always full of joy and festive elements, Athens is considered as a place filled with discipline and law.

Characters of "A Midsummer Nights' Dream":

1- Theuseus: A duke in Athens who is preparing for his wedding.
2- Egeus: A nobleman who wants to apply law on his daughter as she disobeys him.
3- Hermia: Egeus’s daughter.
4- Lysander: An Athenian man with whom Hermia is in love.
5- Demetrius: An Athenian man who wants to marry Hermia according to the order of her father.
6- Helena: Hermia’s friend and is in love with Demetrius.
7- Oberon: The king of fairies.
8- Puck: Oberon’s servant.

"A Midsummer Night’s Dream" story talks about Theseus and Hippolyta, who were preparing for their marriage in Athens. But later, a man called Egeus enters Theseus castle with his daughter Hermia and two men named Lysander and Demetrius. In fact, Egeus wants his daughter to marry Demetrius because he loves her while Hermia wants to marry Lysander as she is in deep love with him and she refuses to obey her father. Therefore, Egeus asks Theuseus to apply the law on his daughter by executing her but Theuseus gives Hermia the opportunity until the end of his wedding to revise and reconsider her decision as that could result in her death.

Despite that, Hermia and Lysander plan to run away from Athens in order to get married in his aunt’s house. In addition, they tell Helena about their plan. As a matter of fact, Helena is Hermia’s friend and is still in love with Demetrius although he dumped her after knowing Hermia. So, in order to make him fall in love with her again, Helena tells Demetrius about Hermia and Lysander’s intentions. Therefore, he follows them into the forests and Helena, in turn, follows him.

Two Groups in the Wood:

On the other side, there were two different groups in the woods. One of them was a group of fairies and the other one was a group of craftsmen, who were preparing themselves for a play in order to show it in the duke’s wedding. As for the fairies, the queen named Titania was granted a young Indian prince from his mother herself. Although the king called Oberon wants this young boy to be his knight, Titania refuses and that lead to him being mad.

Thus, to revenge from Titania, Oberon sends his servant, Puck, in order to bring him a magical flower whose juice can be spilt over someone’s eyelids to make him fall in love with the first person he sees.

Because he sees Helena suffers from Demetrius’s cruelty, Oberon orders Puck to put some of the juice over the young man’s eyelids. So, Puck meets Lysander and Hermia and as he thinks that Lysander is the chosen man, he spills the potion on him. But what happens next is amazing as Lysander wakes up in the morning and the first person he meets is Helena with whom he falls in love.

At the night goes, both of the Athenian men end up loving Helena who thinks that they make fun of her. But when the sun starts to rise, Puck spills the juice on Lysander’s eyelids and everything becomes as it used to be. Later, the duke Theseus and his bride come to the forests to find the sleeping couples and take them back to Athens in order to get married. Now, Lysander loves Hermia and Demetrius loves Helena. "A Midsummer Night’s Dream" story ends with the newly-wed couples going back to bed and the fairies bless them with a charm to protect them, then they vanish.

Analysis of "A Midsummer Nights' Dream":

As for my point of view, I like "A Midsummer Night’s Dream" story as it talks about a lot of issues. From these issues are the drama that happens in the family, love can beat obstacles and marriage may not be easy. As for the drama, we find this element between Hermia and her father Egeus. In fact, he wants his daughter to marry the man he chose for her while she wants to marry the man she falls in love with. It seems that he is a cruel father as he wants his daughter to be executed just because she disobeyed him.
Another element discussed in "A Midsummer Night’s Dream" story is marriage. We always find Shakespeare end his novels with marriage or with the promise of getting married. It seems that according to his point of view, marriage brings discipline and order to life after chaos. The last element in "A Midsummer Night’s Dream" story is that love can beat obstacles. This element could be shown in the love of Hermia and Lysander. Although they face a lot of problems and obstacles because of their love, at the end they manage to beat and break all these chains and get married. 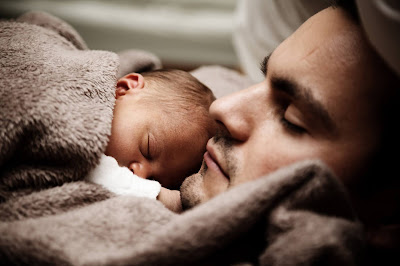