Emma novel is written by Jane Austen between 1814 and 1815. She wrote it in Chawton, England. In fact, “Emma” takes place in many places but the main town in which all the events occur is Highbury. On the other hand, the narrator of the story is unknown and starts to talk about it after a little time from its beginning. In addition, he resorts to the usage of indirect speech. This means that he gets out of all Emma’s thoughts and opinions. Besides, he uses a language that Emma might use without the need to put it in quotation marks.

1- Emma Woodhouse: The protagonist of the novel. She is a young woman, almost 21 years old. She is smart and beautiful. She doesn’t follow or obey anyone’s rules, only herself.
2- Mr. Knightley: He is Emma’s friend. He owns the majority of buildings in Highbury. He is also a handsome and gentle man.
3- Harriet Smith: She is a young lady. No one knows her family and nobody says that she belongs to him. That’s why she was left at school. She is turned by Emma in order to be a good looking woman.
4- Frank Churchill: He is a well-known character in Highbury. Everyone talks about him. He is in love with Jane Fairfax.
5- Jane Fairfax: She is a lady who returns to the town in order to live with her aunts. She loves Frank and when he comes to the town, they engaged without telling anyone.
6- Mr. Woodhouse: He is Emma’s father. He loves her so much. He is old and like all the men at his age, he adores his health and his doctor.

Who Is Emma Woodhouse?

Emma novel talks about Emma Woodhouse (21 years protagonist), who owns everything in the town in which she lives. She is a young, beautiful and intelligent lady. Besides, she is considered as the social queen of Highbury. As a matter of fact, this town is far from London about 16 miles. Emma lives with her old father Mr. Woodhouse.

The Love of Emma's Father to Her:

Mr. Woodhouse loves Emma so much but he doesn’t have the ability to guide her or give her any assistance in her life. That’s why Emma is unable to know anything about her limits. Because the life is so boring for her, she decides to adopt the idea of taking a young lady to live with her in order to be responsible for her. This lady is called Harriet Smith. Despite that Emma took the decision not to get married, she starts to think right away in order to find Harriet a husband.

Therefore, Emma starts to make Harriet change her thoughts and ideas about men. She persuades her to let go Robert Martin who is a farmer and likes her and to think of the town’s gentleman Mr. Elton who works in the church. Unluckily, Mr. Elton turns out to be in love with Emma or her money. But later, a handsome man named Frank Churchill comes to the town and Emma does all her best in order to love him but she fails in front of lady called Jane Fairfax. In fact, Jane Fairfax got back to Highbury in order to live with her family. Later, Emma takes the decision to make Harriet marry Frank.

On the other side, Mr. Knightley, who is Emma’s friend watches and comments all her trials. Although she appreciates his opinions, she ignores his advices. In addition, her attempt to make Harriet marry Frank fails because Harriet admits that she loves Mr. Knightley. Ironically, Emma turns out to be in love with Mr. Knightley too. Although she is convinced that Mr. Knightley might in love with Harriet and although he lives with her in the same house, Emma destroys all his trials to marry her.

End of the Novel:

At the end of the novel, all the chaos is solved as Harriet marries Robert and Emma marries Mr. Knightley. Actually this novel is full of other stories beside the story of Emma and Harriet. These stories involve the love between Frank and Jane Fairfax, the marriage of Mrs. Weston who is Emma’s ex-nanny and the adventures of Mr. Elton and his wife.

In my point of view, I think the story is interesting and includes a lot of themes inside it. One of these themes is marriage of course. At the age of the author, marriage was one of the means in order to change the way you live. That’s why the novel involves a large number of matchmaking and romance between its characters like: Emma and Mr. Knightley, Harriet and Robert and Frank and Jane. Another theme is foolishness as Jane makes the personality of the protagonist, which is Emma, has a balance between folly and good mind. The last theme discussed by Jane is society and class as the class of noblemen or rich men dominates the life in the town. An example of that is Emma herself as she was rich and is considered as the queen of Highbury. 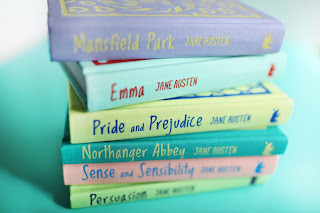