Information technology revolution brings many innovative solutions that rely on communication and software applications. One of these solutions is Blockchain, which is a new decentralized financial system based on digital currencies. Blockchain technology has many advantages for business and economy, such as decentralization and transparency, but at the same time, it has major disadvantages such as high cost and insecurity.

Simply speaking, Blockchain is defined and explained as an open-sourced database that contains every single transaction of any financial event that has been occurred between two agents. Then, it shares this transaction anonymously with other participants. Blockchain has impacted many organizations and industries since it brings the capability of creating real-time and secure transactions that support data sharing, online payment, and supply chain networks.

One of the significant advantages of Blockchain is decentralization. Decentralization is a process that involves dispersing power away from a single authority. It should be realized that the current financial systems are centralized since central banks are the only authority that has the power of managing and ruling the whole financial systems. On the contrary, in Blockchain, all financial transactions are stored in a public digital database and run by millions of computers all over the world since no central banks can control or manage it. Challener, Vachino, Howard, Pikas and John (2019) explained this distinctive feature of decentralization by saying that Blockchain is a distributed database, which means that it is not owned, controlled, or managed by any central authority. Thus, Blockchain decentralization protects the financial transactions and markets from governmental meddling, which was a major cause for many drastic currency devaluations over the past decades. This implies that Blockchain can increases availability, reliability, and transparency, which reflects on the whole financial performance.

2- No Intervention of Any Third Party:

However, the decentralization of Blockchain technology also provides verifications with no intervention of third-parties. This verification relies on a smart computerized system that participates in all transactions and records. According to Ali and Smith (2019), Blockchain has a system of independent actors that share transactions’ digital information and replace the conventional intermediary functions with efficient decentralized digital networks. That is, the decentralization of Blockchain technology provides individuals and business owners with a trusted, effective, and fast way to complete transactions with no need for financial intermediation or brokerage fees. A perfect example of how the decentralization of Blockchain works is Bitcoin, which is a decentralized digital currency people can use and send to each other, independently, via a digital network without intermediaries or central banks.

Blockchain also improves transparency by adopting accountability and traceability. To illustrate, Blockchain hides the identity of agents using sophisticated encrypting methods and represents them only as specific addresses; besides, all transactions recorded in the distributed ledger cannot be modified or deleted; thus, it prevents any accountant fraud or manipulation. Gomes Papi, Fred Hübner, and De Brito (2017) stated that that Blockchain relies on a triple-entry bookkeeping system, so when agent A makes a transaction with agent B, there are many other agents to verify the validity of transaction without knowing who is A or B. Therefore, the bookkeeping system of Blockchain combines two financial advantages that are security and transparency. These two advantages provide the data necessary for accountability and ensure that there is no manipulation takes place, as happens in the current financial systems.

4- Traceability of the System:

On the other hand, the traceability of the Blockchain transaction improves transparency as well. The security and availability of Blockchain may make it an alternative solution in the industry as a framework for traceability. As mentioned above, Blockchain-based on an open database that records every transaction between parties; so, it can comprehend the data that shows the state of released goods out to consumers. Farouk and Darwish (2020) asserted that the open-source ledgers of Blockchain allow people to trace all phases in the supply chain from the raw material phase to the final product. Consequently, Blockchain became a significant evolution that can reshape many industries and fields. For example, in the field of food production, it can record all information of farm-produced crops such as price, harvested area, and expiration date, then the consumer can access this information easily via an application that exploits the traceability feature of Blockchain.

There are some issues regarding the confidentiality and privacy aspects, especially that it is still a new insecure technology and may have some weaknesses. Further, its dependence only on passwords and digital key-files, makes it vulnerable to manipulation, or hacking. Swan (2015) stated that personal security in the Blockchain depends only on the password, which, if stolen, all information will be at risk. For this reason, the safety of this technology is still very fragile and requires much development in order to be a wholly reliable financial system. Also, the anonymity of this technology makes it impossible to trace or find the real identity of any hacker or malicious user of the system since there is no identification required to make a transaction.

The other disadvantage of this technology is the expensive cost. All Blockchain operations are computational-centric ones and need a lot of software, hardware, and energy to ensure reliability. So, some people may see that Blockchain is still consuming more resources if compared to conventional systems. Drescher (2017) discussed this idea by saying that computational costs of Blockchain include the consumed electrical energy, physical time, and computational cycles, which in the final results always very expensive. Hence, using Blockchain may be relatively expensive because it relies on massive databases, servers, and electrical resources, but this is not a significant disadvantage because any technology appears as expensive in the beginning, and then costs decrease, especially, if the energy consumption and price decreased in the future.

To sum up, the new technology of Blockchain has many advantages such as decentralization, which protects the financial transactions from the meddling of the governments and central banks and without the need for financial intermediation. Also, it prevents accountant fraud and manipulation since it adopts the fundamental principles of accountability and traceability; hence, it improves transparency. The feature of traceability may play a crucial role in supply chain markets since it allows customers and producers to trace their products. From another aspect, Blockchain has some disadvantages, such as high cost and fragile security. Finally, Blockchain is a promising technology that can pave the way for many other economic developments, but it needs to tackle some security problems, reduce operating costs, and finally needs deterrent rules and laws that prevent fraud and manipulation. 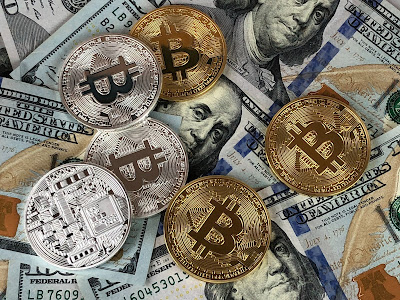