In order to know more about Qatar and its tribes, we have to know in the first place about the Persian Gulf. As a matter of fact, the Persian Gulf contains five Arab countries which are: Emirates, Qatar, Kuwait, Bahrain and Oman. This spot became very importance and attracted the attention of the whole world because of the Persian Gulf War in 1991 and the Operation Desert Shield in 1990. Although these countries share certain aspects and elements between each other, they vary and differ in other characteristics. Also, despite that Islam had a very fundamental role in these countries, Kuwait and Bahrain show more civil effect than Qatar, Oman and Emirates. In addition, each country has a certain sect that appears and prevails on the other sects like Shia in Bahrain who represent a small branch of Islam, Sunni and Wahhabi in Qatar and the Ibadi in Oman who represent the majority over the original Omani people.
On the other side, the Bedouin legacy has a great effect in the countries of the Persian Gulf. Nonetheless, in the latest half of the 20th century, the national identity began to increase on a large scale and replace the sincerity and loyalty of the tribe. What’s more, the Royal Families that rule population in these states are called Sheikhs who belong originally to tribes which lived in certain areas. Nevertheless, the institutions of the government have dominated and controlled certain fields under the specialization of councils of tribes (QatarGate, 2014).

Types of Residents in Qatar:

As for Qatar, there are three types of residents who live in it: Abd, Hadar and Bedouin. In fact, Abd means slaves and they are the sons of slaves who were bought and oppressed to come to the country from their hometown “East Africa”. Hadar grandparents used to be the habitants of the town. While some of them are sons of nomads, the majority of them belong to migrants who came from Iran, Pakistan and Afghanistan and are called nowadays as Irani-Qataris. Finally, Bedouin are the sons of the nomads who used to live in the Arabian Peninsula. Although these three types of residents are known as Qatari and their right to be Qatari citizens can’t be discussed or argued, they differ in their social life, customs, traditions and culture.

As a matter of fact, the researcher Mr. Ibrahim Bin Youssef Bin Ibrahim Bin Farag Bin Mohamed Bin Farag Bin Ibrahim Bin Al-Fadala who belongs to the tribe of Al-Fadala did a huge study about his tribe especially in Qatar and generally in The Gulf countries. Moreover, he classified (Al-Fadala Al-Galahma) as one of the branches of Al-Fadala tribe. Actually it is a great research and the researcher is still collecting and gathering the resources besides corresponding with a large number of personalities in the Arabian Peninsula in order to complete the study, prepare the rest of the family tree and know more info about his tribe. In addition, it is expected that this study will be finished in the near future. Therefore, we can identify a part from the first research published on the website (alfadala.com).
In fact, many researches disagreed about the origins of Al-Fadala tribe. There are four sayings about its origin. The first one is that Fadala comes from Fodoul and this saying is proved by evidence as it was called the ally of Fodoul because it was established and founded by men named Fadl such as Al- Fadl Bin Al-Hareth, Al-Fadl Bin Wadaa and Al-Fadl Bin Fadala). Therefore, it was called Fodoul ally in order to collect all these names together. Moreover, this ally was witnessed by the Prophet (peace be upon him) as he was twenty years old. The second one is that Al-Fadala tribe comes from Al-Nawaser from Tameem.
Actually this saying was stated by the supervisor of Fakhth Al-Nawaser website in Kuwait. He didn’t determine who he meant by saying this. The third one is that Al-Fadala comes from Al-Galahma from Anza. This saying was stated by Mr. Ali Bin Rashid Al-Fadala from the people of Kuwait. The fourth one is that Al-Fadala comes from Al-Masoud from Al-Manee from Aslam from Shamar and this was stated by the majority. Therefore, in order to make sure of these saying, here is the evidence. The evidence of the first saying is that A-Fadala tribe belongs to Fodoul ally because of Al-Fadl Bin Fadala as he was one of the allied men or because the name of Fadala and Fodoul are so close.
The evidence of the second saying is that the teller probably stated that because of his job as a supervisor for Fakhth Al-Nawaser from bani Tmeem in Kuwait and because of his knowledge that they belong to him. The evidence of the third saying is that Mr. Ali Abo Rashid stated that his father Rashid Bin Ali Bin Hamd Al-Fadala told him that they come from Al-Galahma and his grandfather’s wife Mrs. Fatima, daughter of Hassan Bin Abdullah Al-Fadala, told him that they were Galahma. Beside, one of his father’s friends called Mr. Khaled Bin Ab-Lateef Al-Hamd told him that they were Galahma.
He proved his saying through the following: First: after the return of Galahma from Kuwait, they lived in the village of Ruwais in Qatar after 1716 and Al-Fadala still lives there as they were moving between the regions of Al-Had and Om Al-Shagar in Bahrain, Mafgar, Khour and Zbara in Qatar after they helped al-Khalifa to open Bahrain. Therefore, that means that may be they left some of their sons there as they are the oldest people who live in Ruwais nowadays. Second, the saying of Al-Galhamy in the websites of Ansab Online page 28 as he stated: when I was talking to one of our youth, I heard the name of Fadala Al-Galahma which means from Al-Galahma. Third: the majority of Al-Fadala in Kuwait and Bahrain says they are (Otoub) and the majority of Otoub is from Anza.
Therefore, they are close to Al-Galahma more than the others. Fourth: the evidence of people who stated the fourth saying that they come from Shamar by using induction as the books of origins made them belong to the house of Al-Masoud from Al-Manee from Al-Aslam from Shamar. Moreover, Laghzawy determined their location by saying that they live on the shores of Al-Husayneyah River in Karblaa, they are the majority there and their sheikh is Baneeh Al-Mathour. From the most important references, people of the fourth saying used in order to prove their speech and one of them is Mr. Sanad Ibrahim Sanad Al-Fadala, are: the lexicon of The Kingdom of Saudi Arabia Tribes (Hamad Al-Gaser), the lexicon of the Ancient and Modern Arab Tribes (Omar Reda Kahala) and the Political History of Kuwait (Hussein Khalaf Al-Sheikh Khazaal). In fact, the tellers of the third and fourth sayings agreed that they are from Otoub. Finally, the most reasonable saying is that the famous tribe of Al-Fadala in the state of Qatar, Kuwait and the kingdom of Bahrain belongs to the house of Al-masoud Bin Al-Manee from Aslam from Shamar.

The Qatari National day for all the tribes of Qatar is a very important day as the Sheikhs of the tribes get the chance to meet the president and talk with him about their people’s issues and problems in order to find solutions for them. The tribes start to prepare themselves for this occasion by getting floors, tents and signs ready for the celebrations. In fact, each tribe makes sure that it presents its best in showing Al- Orda dance and evenings besides reading poems. In these celebrations and festivals, Ibrahim Naser Al-Fadala always assert that Al-Fadala tribe finishes all its preparations related to the National day on the right time and with the way suitable for the joy and happiness spread between the sons and people of the tribe.
He also adds that many sons from Al-Fadala tribe make sure to be presented in the location of the festivals in order to receive and welcome all the visitors who come to meet them in that day. Moreover, he states that all the tribe contributes in an effective way in order to show their tribe at its best and maintain its good reputation between the other tribes. In addition, the special committee of the tribe’s celebrations always makes sure to attend the celebrations in order to supervise them and prevent any problems from occurring. On the other hand, he states that the tribe’s celebrations include Al-Orda dance, reading poems and receiving other people of other Qatari tribes inviting all the tribes to interact between each other in order to show the country in an image of fraternity and good ties. Finally, he declares that the government always makes sure to pick the right place for festivals in order to make more people attend them and more tribes to be there. This shows how the tribe of Al-Fadala cares a lot about its traditions and its country.

To sum up, Qatar has a large number of tribes. One of them is Al-fadala tribe. Therefore, the state should take care of these tribes and consider them as Qatari citizens. This means that it should offer them their rights and makes sure that they receive all these rights in education, food and land from it. In addition, the state should increase the interaction between all the tribes and solve all the conflicts between them. 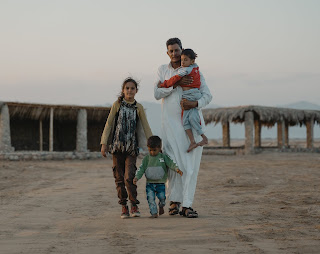