Language can be defined as the mean of communication between people. It consists characters and symbols that refer to a certain meaning when they are put together to consist a word. Each word has a reference in reality and this reference can be a feeling or an object. For example, a word like the table is just a word when it is written in dictionaries.
However, the meaning of the word table is realized through a reference, which is the object in the real world. When one reads the word table, the reference of the word comes in his mind and this reference is an object consists of four legs and wood. Therefore, language consists of symbols or letters, sounds, words, and references in the real world. In reality, languages are has a biological, verbal and physical nature that is innate in all humans. People are created to speak and communicate with each other.

Knowing the origin of the human language is not an easy thing. This matter has been a subject of researching over many years, however, no specific approach has reached precisely to the origin of the human language. Some opinions have gone that the hyoid bone is the origin of language because it is created to produce sounds with the aid of the vocal cords. This opinion tells that people are created to speak and communicate through a vocal system and vocal organs in the human body.
Other opinions went further than this saying that the discovery of the old transcriptions in the temples and graveyards show that the human language was firstly simple sounds consisting of two or three sounds maximum. These sounds can be like La La or Bow Wow and they were used to express simple things.

Some behaviorists say that language is a behavior that is learned. This definition is somehow correct because each country or each nation has a certain language that is different from other countries and nations. However, inside the same country or the same language, there are many dialects and accents. This proves that languages are learned behaviors through the members of the community between each other. This behavior is inherited from a generation to another.
When a child is born in a country, he is taught the language of this country through education. IF this child was born and brought up in the United States of America or the United Kingdom, he would speak English, and if he was born and brought up in Spain, he would speak Spanish. Hence, language is a behavior that can be learned.
Additionally, languages are not something that is born with children, but it something that they can learn and acquire throughout their life. To prove this, not all the people who can speak a language can read and write in this language. That is because they have not been taught these skills of language, but they have been taught only listening and speaking. Human language consists of main four skills which are listening, speaking, reading and writing. When linguists determined these four skills, they called them skills and skills are things that can be taught, not things born with humans.
Other opinions have told that languages are built through continuity. They say that languages were first using very simple sounds and meanings and with time the number of words and sounds have been increased to include wide meanings. Other opinions said that languages are related to cultures and that each culture has a certain language that expresses its nature. The most common theory says that languages are innate inside the human beings regardless of the language they speak. 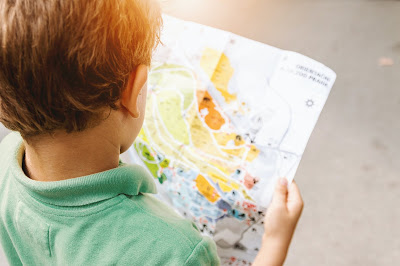