"The Adventures of Tom Sawyer" Summary and Analysis

The Adventures of Tom Sawyer by Mark Twain Short Summary

In St. Petersburg, a poor but wonderful small town with forests and the Mississippi river with an island perfectly spotted for seekers of adventures and boats going and coming, the water encourages swimming and fishing, inside the city some old fashioned houses with wooden fences, a church, a school, and a graveyard nearby surrounded with tales and spooky rumors. The novel depicts life in the 1800s focusing on childhood to adulthood period when there is a lot to discover and experience to earn.

1. Tom Sawyer: The protagonist of the story, a playful bold boy, strong and handsome, adventurous to the extent of wanting to be an Indian pirate, he is imaginative and love stories.
2. Becky Thatcher: A beautiful girl with blue eyes and golden hair, Tom loved her at first sight and her love to him appeared when she didn’t stop crying when she thought he was dead, she is too jealous and suspicious, she didn’t believe Tom when he said he broke up with his ex-girlfriend.
3. Aunt Polly: Aunt of both Tom and Sid and mother of Mary, she is kind and caring, always giving advices and spiritual guidance, she loves Tom though she knows how hard he is.

Short Summary of "The Adventures of Tom Sawyer":

Tom Sawyer stole an apple from his Aunt Polly which is not his, as a result he was punished to paint the fence of the house, though he felt discontent, he found a clever way to pretend painting the fence was enjoyable persuading his friends to do the work in exchange with some items they had. Tom fell in love with the new amazingly beautiful student Becky Thatcher and faked a situation to sit close to her in the classroom but he got caught by the teacher and displaced him. Becky was angered knowing that Tom has been engaged to Amy Lawrence and she broke up with him.

Going to the Graveyard:

Tom and his poor friend Huckleberry went to the graveyard after Huck told Tom that he can summon ghosts with a dead cat, they coincidently witnessed Injun Joe murdering a doctor called Robinson, Injun Joe was with Muff Potter, he deceived Muff and made him believe he killed the doctor by putting the knife in his hand while he was faint, Tom and Huck are the only witnesses but they were too afraid of Injun and they dealt not to speak about it. Sometimes Tom couldn’t even sleep and had nightmares seeing Injun’s face, he felt sorry for Potter who was arrested instead of the true killer. The sorrow grows to be a feeling of guilt.

Following their instincts and longing for adventures, Tom along with his friends Huck and Harper went to the island to play pirates and smell the fragrance of freedom and playfulness, meanwhile people of the country were searching for them and believed they were dead, but instead of rushing to the country to end the people’s grief, Tom was happy and felt his importance telling his friends that they are now famous. Tom went home secretly to sense the atmosphere and had a surprising idea of appearing in his own funeral along with Huck and Harper. They entered the church in the astonishment of all the attendants who had mixed feeling of happiness and sorrow seeing the young boys alive, they became very famous in the city and all their friends envied them. Later, the trial of Muff started and Tom enters the court testifying the truth against Injun but Injun jumped from a window and escaped from the court.

Searching for the Buried Treasure:

Tom and Huck went in another adventure, to a haunted house seeking buried treasure that could be there, going upstairs they heard a noise downstairs, peeking through some holes in the floor they were surprised to see Injun and an untidy friend of him came to bury their stolen treasure. Tom and Huck were thrilled that they will dig up these treasures after Injun and his fellow is gone, while Injun and his fellow were digging to bury their treasure they found a box of gold but unfortunately they found Tom and Huck’s tools and suspected that somebody could have known their hiding place so they took the box of gold with them. Huck started to spy on Injun waiting for a chance to steal the box of gold, while spying he heard Injun planning the kind Widow Douglas, so he rushed for help to stop the murder and became a hero.

Being Lost in Cave:

Tom and Huck went to Macdougal’s cave and they found the golden treasure, they became rich and famous for their courage and wealth. Finally the widow Douglas adopts Huck to take care of him and teach him a civilized way of life, he runs away and Tom persuades him to return to the widow in return of joining him to his new gang and Huck agreed.

Analysis of "The Adventures of Tom Sawyer": 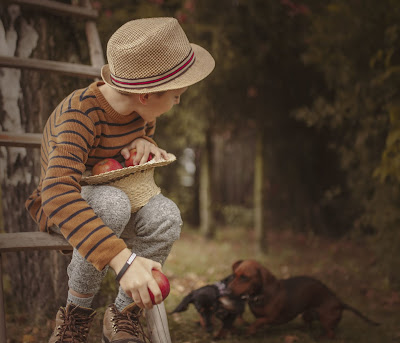