"The Giver" Summary by Lois Lowry

"The Giver Summary" by Lois Lowry

The Giver book is written by a famous American writer called Lois Lowry in 1993. She was born in the March of 1937 in the state of Hawaii. The Giver novel is a symbolization of the Plato's Utopia.

"The Giver" Summary by Lois Lowry:

Who Is Jonas (The Receiver)?

This novel begins with meeting an eleven-year-old boy called Jonas who is called later the receiver. Jonas lives in an ideal society in which there is not any wars, hunger or sufferings. The reason of being an elder controlled society is removing all the bad memories of the past and never repeating the same mistakes of the past again.

What Is the Job of Jonas' Father?

Jonas has a father who works as a nurturer of a new child called Gabriel, a mother, who works at the justice department and a sister called Lily who is seven years old. Only the elder adults, the sick children and the offenders are released from this utopian society. At the age of 12, each child gets a job and Jonas has been chosen to be the receiver of all the memories and feelings. This is may be because of having light eyes like his giver, while the other members of the community have dark eyes.

Afterward, Jonas gets the memories that he has never known of love, music, sex, color, friendship, anger, sunshine, coldness and hills. Jonas shall be released to another community when he receives all the memories of the past. While Jonas was preparing for his release, he discovers that Gabriel also shall be released.

Therefore, Jonas decides that he shall escape away from the community with Gabriel by his bicycle. While their release journey, Gabriel feels cold. As a result, Jonas transmits the feelings of sunshine and friendship to him. They go up to a hill and then Jonas remembers the memories of sled, which he uses to go to another place down the hill with Gabriel.

Characterization in "The Giver":

Jonas as Intelligent and Sensitive:

Jonas is the hero of the novel and he is a boy who has eleven years. Jonas is very intelligent and sensitive. He is very thoughtful as he refuses the way people live and he "can see that it wasn't a very practical way to live". At the age of 12, he was introduced to the giver who is an old man that has the collective memory of the whole community. The giver has chosen Jonas to be the receiver of his memories for being a different person with a different intellect.

Why Jonas Is the Best Character:

Jonas has been selected as the best character in this novel for many reasons. The first reason is that he is different from all the characters in the novel even in his shape for having light eyes. The second reason is that he rebels against the utopia of his community and he says that people should have the ability to choose between different things like colors and they should choose their wives or jobs, asking why everyone can't have the memories because it would seem a little easier if the memories were shared."

The Idea of Memories Transmitter:

Being memories transmitter of Gabriel makes Jonas a unique character who wants to bring up people on all the meanings that he has. Gabriel is very joyful in the day and sleeping trouble maker in the night. He soon is released and become the friend of Jonas. Moreover, the best friend of Jonas is Asher who is also unique for having a problem of mixing up words and being hasty. At the end of the novel, Jonas has "heard people singing" for the first time in the Christmas celebrations in the new life he had.

In fact, this novel is a very interesting and amusing novel. It is very attractive that none can leave it without reading all of its events. The Giver has a new idea of a collective memory of the society being in the mind of only one person to protect it from any bad past. However, the hero of the novel, Jonas, chose to be released by the end of the novel to be in a community like similar to the one we live in.
The novel speaks about a subject that is very important for the modern life that is very essential in the present time. The current life is full of wars, illnesses and agony. The idea of living in a utopia would be very practical in order to preserve the world from any bad memory or any bad event that happened in the past. In addition to that, when the people forget all the bad events of the past, they would not do the same mistakes again.
Therefore, the idea of living in an ideal community would be very significant in present time. But, this would eliminate all the good meanings that community had in the past like sunshine and sled. Jonas has selected to live in a world full of all the meanings that other people have because one cannot know the good things without experiencing the bad things. This is the reality and this is how life should go. Thus, it is very recommended that anyone reads this amusing and meaningful novel. 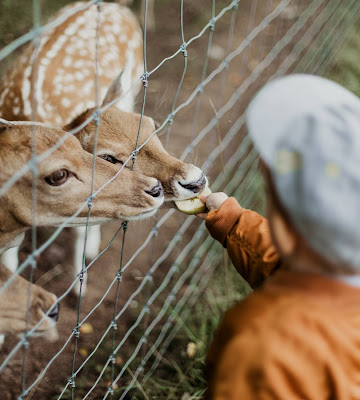