Al-Mannai Family History in Qatar and the Gulf

Truly, there are a large number of Bedouin tribes in the Arab states which are located in the Persian Gulf. One of these tribes is called The Al-Mannai tribe. The Al-Mannai tribe lives in various and different homes which lie in Arab countries like Bahrain and Qatar. In fact, Bathlouf is considered as its traditional house in the state of Qatar while its traditional home in Bahrain is Qalali, in Emirates are Sharjah and Ras Al Khaimah and finally in Saudi Arabia is Dammam.

In the past, the tribe used to work in the field of diving as it was extracting pearls from seas. It was a very profitable job for the people there as they became very wealthy. On the contrary, the tribe nowadays owns a lot of other tribes like Al-Binejmy, Al-SalamAl-Ibrahim and Al-Salah. The result behind the establishment of Al Mannai tribe was bringing and making a massive number of family names. One of these names is Attiyah. As a matter of fact, Attiyah is regarded as a very important family name because The Emir of Qatar, Sheikh Hamad Bin Khalifa Al-Thani is related to it from the side of his mother. Moreover, one of the most famous members of Al Mannai tribe is the artist Maha Al Mannai.

The Al Mannai belongs to Manee which is considered as the founder of the tribe and the first one to renew the buildings of Qatar and Oman. Moreover, he is the first person who built in these Arab countries the fortresses, the fences and the high castles in order to defend them from enemies. In fact, he dominated the emirate of these states in 850 AH/ 1429 AD.

After the rule of Manee, Al Mannai tribe has immigrated to the east of Arabian Peninsula. As a matter of fact, many people disagree about the origin and the descent of this tribe. Some of them say that it belongs to Tamim, while others state that it belongs to Manee who, in turn, belongs to Al- Ali, son of Muslim, son of Anza. What’s more, the tribe of Al Mannai consists of many branches such as: Al Bin Ajami from which comes Salim Bin Darwish Al Bin Ajami who is the Sheikh of the Al Mannai in Bahrain, Al Bin Ajami also from which comes Al Hashel, Al Attiyah in Qatar, Al Saleh from which come Al Bin Hendy and Al Najm in Qatar and Bahrain and at the end Al Raml in Qatar and Sharjah. In addition, these branches contain another huge number of families like Al Badeed and Al Ibrahim.
On the other hand, Al Mannai was famous in the sea, diving and in the trade of pearls. From their famous and notable people in Qatar is Bin Shabeeb and in Al Zour village is Khalifa Bin Abdullah. In fact, Khalifa Bin Abdullah was a very religious and wealthy man. He was the mayor of the village at this time and one of its men. What’s more, his father came to Qatar after a disagreement between him and his cousins. Later, he entered in the tribe of Al Kabsah whose name is still used by its sons till today. Moreover, the old Qatari people are well-known of this person and they tell their children and their grandchildren about him.
Bathlouf village is regarded as the region of Al Mannai tribe in Qatar. It is located on the coast and the south west of Ruwais. It is just 117 kilometers from Doha. The number of people in Bathlouf is about 286 persons. They live in 70 houses and all of them are from Al Mannai tribe. In fact, they were the ones who took over Qatar in the era of their grandfather Manee. Like Al Saoud, their origins go back to Bakr Bin Wael Bin Rabeea. Besides, they have relatives in Sharjah, Ras Al Khaimah, Kuwait and Bahrain.
The tribes of Al Mannai and Al Saoud belong to Bani Hanifa from the tribes of Bakr Bin Wael Bin Godayla Bin Asad Bin Rabeea Bin Nizar Bin Moad Bin Adnan. In fact, Bani Hanifa tribe used to live before the advent of Islam in the famous village known by its name in the region of Al Yamama. Moreover, its people converted to Islam and they worked as Mujahideen and as Hadith narrators. When Okhaydar family ruled the region at the middle of the third century AH (Ninth century AD), the Bani Hanifa tribe separated in the different places of The Arabian Peninsula. Later, they settled in modern cities. As a matter of fact, the Pilgrim Ibn Battuta mentions that when he visited Al Yamama in 732 AH (1331 AD), it was ruled by Tofayl Bin Ghanim from Bani Hanifa with whom he went to pilgrimage several times.

Customs and Traditions of Al-Mannai Family:

The tribe of Al Mannai is considered as one of the most notable tribes in Qatar. Its people celebrate the national day of the state of Qatar in December. These celebrations last for two days and include a lot of activities from which is Al Arda. Actually, Al Arda is a Qatari dance that expresses the old Qatari heritage and it is practiced through the participation of many sons of the tribe whether they are old or young. Moreover, the children participate by wearing the official costume of the tribe which expresses the originality and adherence of customs and traditions. On the other hand, everyone in the tribe takes part in these celebrations to commemorate the founder of the state Sheikh Gasim Bin Mohamed Al Thani, to thank him for his great efforts and at the same time to renew the oath and the vow of his amazing leadership in order to continue and pursue these efforts in the progress and development of the country.
Moreover, Nassir Gabr Al Mannai said before at these celebrations and festivals that the national day represents the meanings of patriotism, loyalty to country, solidarity and unity behind the leadership of Sheikh Gasim Bin Mohamed. He added that beside Al Arda, there are other activities like the competition between poets in the love of country and writing poems that express gratitude to this state which offer all what it has and owns to its people. In addition, a large number of Al Mannai people participate in the celebrations beside guests. During the festival, they celebrate by putting the largest flag in the street of Refaa with length of 30 meters and width of 14 meters. What’s more, Nassir Gabr Al Mannai stated that they celebrate many occasions during the year, but the national day has a different taste and enhances the feeling of power by showing the love and loyalty to the country and by increasing these feelings in youth and young children to create generations that complete the journey of ancestors. Finally, he concluded that everybody waits this occasion from one year to another and they hope that these celebrations last for a long time.
As for the customs, the first generation still adheres to old traditions but with a little bit of modification and updating with the modern age. On the contrary, the second and the third generation melt in the Qatari society as you even don’t recognize between them and the other tribes except by names, but many of them still adhere to their origins and their tribe especially after it was recognized officially by the state. As for the traditions of marriage, all the tribe melted also in the Qatari society and abandoned their customs.
Another issue that should be discussed is the role of women in tribes. As a matter of fact, a lot of people argue about the role of women in the Arab tribes and whether it is important to let women educate and go to schools and universities or not. On the contrary of what people believe, the point of view of treating women as inferior human beings wasn’t limited only on Arabs. In fact, the European society used to think the same way because it thought that women think less than men and don’t have the ability to work hard like men. Despite that, this opinion changed over the years and now it is being changed in the East. Therefore, it is very important for women whether in tribes or not to go to schools in order to get their education to be able to help their tribe in the future.

Qatar is full of many different tribes. One of these tribes is Al Mannai tribe. It is a very famous tribe there and has a really rich history. In fact, when a person doesn’t know his origins, he says that he belongs to Al Mannai tribe because of the originality and the greatness of this tribe. Therefore, the state of Qatar should practice its role in keeping these tribes safe and offering them houses in order to be able to melt and live between the other citizens. Moreover, it should encourage their children and women to go to schools and universities in order to continue their studies so that they can aid in the progress, prosperity and development of their country. 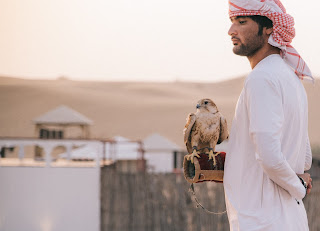