In fact, the states existed in the Gulf region haven’t given citizenship and nationality to people for a lot of motives. The first motive is that they detest having relationships with strangers or foreigners who are not Arabs while the second motive is that they don’t prefer to have new members between them and that’s due to the tribal system in the Gulf community. In addition, the origins of the tribes usually go back to ancient people who used to live in a certain historical period. For example, the origins of Bani Al Murrah which lives in Saudi Arabia date back to a person called Murrah who used to live in a certain period of time before the birth of Prophet Mohammed. Over more than fifteen centuries, the majority of ancient tribes like Bani Murrah preferred to increase their numbers and sons in order to be distinguished from other clans who used to live in the same area. On the other side, tribes used to be classified into clans and then households. As a matter of fact, households involve different and various separated families. By gathering themselves together, the members of these families name their group a tribe. Furthermore, every tribe has its own traditions, culture and customs like various garments, festivals and also speech. On the contrary, the speech turned to be the same in the majority of tribes since the fifties due to the progress and the development of the gulf community.

The title of the clan could refer to old events and incidents. For instance, the origins of the tribes Al Sabah from Kuwait and Al Khalifa from Bahrain go back to the name Utub which used to derive from the Arabic word atab that means wander. In other words, these clans used to wander and get out of the desert in order to go back to the gulf region and they earned the name Utub. These events in fact date back to 1744.

Based on the studies and documents, it seems that the Mansoori tribe used to derive from the Gulf clans which lived in the two oases named Kotaif and Hagr. Furthermore, the tribe increased its spread and expansion in the area as well as the grazing of its livestock in the two oases till the tribe of Aal Maghames Al Amayer, supported and enhanced by the Sublime Porte in Istanbul, assumed the power and the authority of Hagr and Kotaif from the leaders of Al Gabour Al Sobaih.
These events resulted in the departure of Al Mansoori tribe from the region with all its clans besides people from the ally of Bani Yas in addition to the ally of Kawasem towards Amman and Amman Al Seer. In addition, the tribe continued its expansion till its emergence as a tribe named Al Manaseer at the end of the eleventh century. Besides, it used to live in Amman Al Seer and share the area with people from the allies of Bani Yas and Kawasem in addition to other tribes which resided there.
Despite the fact that the majority of residences of Manaseer tribe involves the lands of United Arab Emirates especially Abu Dhabi since the tribe is in accord with Bani Yas and its people show and express their loyalty to the government of Abu Dhabi represented by Al Nahyan tribe whose leader is the President of the state of United Arab Emirates Sheikh Zayed bin Sultan Al Nahyan, people from Manaseer spread and expand in a huge area existed in Al Zafra and other desert Arabic locations inside the country.
Furthermore, the houses of Manaseer spread greatly as they expand from Qatar across Sabkha Maty till Al Zafra which is considered as the real residence of the tribe. In addition, some of them could be found wandering in the lands situated in the north east of Al Zafra behind the coast of Emirate. Although they are regarded Bedouins, some of Manaseer went to live in urban areas like Jumeirah close to Dubai.
Manaseer are Bedouins in the way they live and wander. Although some of people there went to live in Jumeirah near Dubai in order to search for stability and serenity, it seems that they live a semi-Bedouin life. Besides, Manaseer had livestock and camels and they rarely owned sheep because of the long journeys on which they used to go since they had to get out of Al Zafra across Sabkha Maty then to Qatar at the beginning of the winter.
During these journeys, they used to stop in places full of water in order to take a break like Kashm and Safak as well as Oklat Hayer located on the edge of Sabkha Maty. There, the houses and residences of Manaseer extend to the residences of their close preferred tribe named Al Murrah. They also used to reside and stay in different places like Wagaga and Ghowayfat across their journeys to Qatar. Sometimes, Manaseer used to go farther than Qatar in winter as they travelled towards the wide residences of Al Murrah and Ajman tribe in the valley of water. Despite the fact that Sabkha Maty used to be covered with salt and didn’t contain any pure and fresh water suitable for drinking, Manaseer tribe regarded this area as an important part of their house and they felt nostalgic towards it due to being one of the perfect natural barriers and barricades against enemies.
Nevertheless, Al Zafra is considered as the real residence for Manaseer and their base for many reasons. First: due to the availability of water there in order to be used for drinking. In addition, it is one of the best wells located in the houses of Al Murrah tribe. Second: because of the availability of good pastures in some of its areas especially Baynouna which is full of blessings during some of the rainy seasons. Third: due to the availability of dates which is regarded as the main food for people who live in deserts. Fourth: due to the wide large space as Bedouins like to live in wide areas in order to be able to wander searching for food for them and their livestock as well as being able to feel free away from the limits and the boundaries of urban areas and cities.

Values and Traditions of Al-Mansoori Family:

One of the main values of Al Mansoori tribe is loyalty towards the president of the country in which they live. In fact, they are always ready to offer their services to the leader of their state as well as cooperating with him to take the best decisions in the future. Another main value of this clan is patriotism as Manaseer people like to show their love and appreciation to their country and that’s why they celebrate the national day with the rest of Qatari citizens.
As a matter of fact, Manaseer tribe celebrates the Qatar National Day in a special way as they do amazing shows and performances as well as dancing the Qatari Orda in which all the sons in the clan participate no matter their ages are particularly the kids whose parents insist on accompanying them in this special occasion in order to teach them to love their country and feel loyal towards it. On the other side, Jafour Saeed Al Mansoori states that he is always pleased to congratulate and bless his Highness Sheikh Tameem bin Hamad Al Thani, the Emir of the state and his Highness the Emir Sheikh Hamad bin Khalifa Al Thani, asking God to facilitate all his plans and methods to achieve the welfare and the prosperity of the country. He also adds that the visit of his Highness to the tribe is a great honor and it also shows the care and the insistence of the Emir to get in contact with his people in that great day. Furthermore, he states that all the tribe wishes the Emir to accomplish development in Qatar and they hope that God will always bless him and his steps. In addition, he confirms that the sons of Manaseer tribe always renew their oath of loyalty towards the Sheikh in every occasion in order to show their patriotism and love to their president and their country.
On the other hand, Saeed Baty Al Sohooty confirms that the celebration of the National Day is a great occasion to all the Qatari citizens and everyone who lives in the country since it reminds them with the efforts of their ancestors who built and established the pillars and the infrastructure of the state of Qatar. This occasion is also regarded as a great event to renew the commitment and loyalty towards the great leaders of the country as people pray to God to give them the strength to keep the hard work in order to achieve success and progress. He also adds that every single person in the tribe cooperates and exerts his effort in order to prepare the festival as all the sons focus on the organization and the hospitality of the event as well as division of work between supervisors through various committees specialized in certain tasks and missions in order to achieve success.

Al-Mansoori Family Effect on the Society:

As for the role and the effect of Manaseer tribe in the Gulf region especially in the Qatari society, the sons of the clan do their best in order to show their love and passion towards their country and Its Emir Sheikh Tameem bin Hamad Al Thani. They also insist in every single occasion to express their patriotism and loyalty towards him and they also ask God to help and assist him in running the affairs of the country as well as taking the best decisions in order to achieve success and prosperity.
Furthermore, the leaders of the tribe insist on discussing the issues related to the future of the tribe with his Highness so that both parties could find the best solutions and the best benefits for all of them.

To conclude, Manaseer tribe is one of the greatest tribes in the Gulf region and Qatar. Besides, its people do their best in order to express their patriotism to their country and to always remain loyal to its service. Furthermore, the old people always insist on taking the young generations to the celebrations of the National Day to teach them the great values and traditions of the tribe. 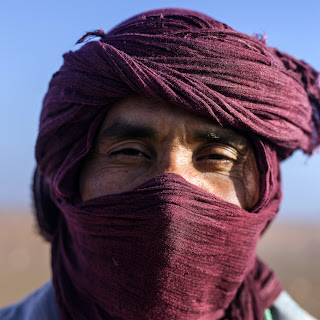