On the other side, there are different types of the main tribes in Qatar which went from and to the lands of the country after the Al-Musallam tribe. These tribes are Al-Ajman and Al-Murra which come from Hasa, Al-Naimi which moves and migrates between Bahrain and Oman and finally Manasir which comes from Oman. In addition, the large number of tribes which used to move with their sheep and livestock in the country didn’t last for a long time. In fact, they had to show their loyalty to Saudi people since they have to pay for them tributes. As for other Bedouin tribes in Qatar like Bani Hajir and Al Manasir, they formed huge sectors of people who used to migrate to the country. After the independence of Qatar, they were able to gain the nationality of the state. Furthermore, some of them had the ability to keep more than one nationality which gave them the chance to migrate between Qatar and Saudi Arabia.

Al Naimi tribe is one of the main tribes that migrated around the state of Qatar but not far away from its lands. In fact, this clan is considered as one of the first Bedouin tribes which stayed in the country as its population was about two thousand persons at the beginning of the nineties. What’s more, it is regarded as one of the tribes that don’t migrate too much. In 1860, the area in which the tribe used to graze its livestock was situated in the coastal areas of Al Zubara. Then, people in the tribe would move by using boats carrying their animals that included horses, sheep and camels to go to the state of Bahrain.
On the other side, Al-Naimi tribe is considered as one of the Qahtani and Ozd clans. Furthermore, its origins go back to Al Ansar tribes which involve Aws and Khazraj as they are the sons of Haritha bin Thaalaba bin Amr bin Mozakeyaa bin Amer bin Mas Al Samaa bin Haretha Al Khatreef bin Emroo Al Kays Al Batreek bin Thaalaba Al Bahloul bin Mazen bin Dara who is Al Ozd bin Al Ghawth bin Nabt bin Malek bin Zayd bin Kahlan bin Saba bin Yashgob bin Yaaroub bin Qahtan. Those people are the supporters of Prophet Mohammed and they are the leaders of Al Ozd. In addition, Al Ozd is one of the Qahtani tribes which are Aws and Khazraj. What’s more, they are the noblest tribes after Bani Hashim from Quraish.
On the other hand, some people could think that the supporters of Prophet Mohammed mean people whose origins go back to Ali Bin Abi Taleb and this is totally wrong. In fact, the supporters refer to people who are large in numbers and when the Prophet was alive, Ali Bin Abi Taleb and his sons Al Hassan and Al Hussain didn’t have groups to which we could refer as supporters. They also were very young. On the contrary, others believe that the supporters of Prophet Mohammed could be Bani Hashem which is also totally mistaken. That’s because Abu Lahab who was the Prophet’s uncle was from Bani Hashem and Okayl Bin Abi Taleb too. Actually, Okayl was the oldest brother of Ali Bin Abi Taleb since he didn’t believe in God or the Islam but he converted to the right religion after the Hodaybeya Treaty. He also emigrated from Mecca in which there was Bani Hashim. These are the origins of Al-Naimi tribes that went later to a lot of states.

In fact, Al-Naimi tribe has rich history since its Sheikhs and knights entered in a large number of battles and wars. Besides, their actions are documented in the books of history and narrators till today. Therefore, anyone who reads about them must not feel strange about their wars as they were called “people with the greenery of swords” due to the huge numbers of wars that they fought. Furthermore, one of the main reasons of the variety of this tribe is that it had a strong part in many fields like the field of wars for example. Actually, Al-Naimi tribe used to attack the other tribes and fight them in order to beat them as well as controlling the lands and water resources. What’s more, their power didn’t limit only on their tribe but it expanded to reach the whole region which made anyone who wanted to win and have authority to think about gaining its people to his side. For instance, we find that the Qawasem Emirate depended totally on Al-Naimi tribe because of its powerful armies and they were considered as the first helper of Qawasem in wars.
Wha is more, we find that Sheikh Jassim who is the founder of the state of Qatar depends totally on Al-Naimi tribe as an internal power in the country especially in the incidents and events that occurred between 1887 and 1889. He also used to depend on the tribe to protect Al Ghalifah Emirate in Bahrain and Al Thani Emirate in Qatar due to their absence in the diving journeys. Besides, Al-Naimi clan is the main pillar of the power of Ghafereya since the tribe spread its dominion and control as well as leading the Ghafery Allies in wars. The tribe also founded some emirates like Ajman, Heera and Barimi and each one of these emirates has a different and separate history. Because of its power and dominion, the tribe started to force tributes on some areas and other tribes used to live in Qatar, Amman and United Arab Emirates.

The Culture of Al-Naimi Family:

As for the cultures of Al-Naimi tribe, its people love to celebrate and have festivals especially because of the National Day of the state of Qatar. As a matter of fact, a lot of people from Al-Naimi tribe went on the latest National Day of the country last year to the celebration festival in order to greet others. In addition, the festival witnessed the attendance of His Highness Sheikh Hamad Bin Khalifa Al Thani around whom the people of Al-Naimi tribe gathered to tell him blessings and greetings because of this beloved day not just to them but to the entire Qatari population.
On the other side, they started to compete in front of His Highness to recite poems and “Sheelat” expressing their love, gratitude and joy because of his attendance in the festival as well as ensuring their loyalty to him. The festival also witnessed the attendance of managers and directors of governmental institutions and authorities and a group of residents and citizens in order to participate in this great event. The festival in fact began with a speech recited by some of people from Al-Naimi tribe in which they thanked and blessed Sheikh Hamad in addition to the leadership, the government and the population of the great state of Qatar. They also wished the happiness, the security and the prosperity of the country under the leadership of Sheikh Hamad.
Based on what was stated by his Excellency Mr. Eisa Bin Saad Al Jafali Al-Naimi who works as the minister of the administrative development, Sheikh Jasim bin Mohammed bin Al Thani founded the pillars of the country’s construction as he was inspired by the originality of the authenticity of the pas. He also added that the government and the leadership of the country walked in the path of good ethics and religious virtues as well as depending on the basics of development in order to achieve success and prosperity.

Al-Naimi Family Role in Politics and Economy of Qatar:

As for the role and the influence of Al-Naimi tribe in politics and economy of the country, the tribe contributed in fighting and defending the lands of the state of Qatar as well as protecting it from protests and riots. Furthermore, the people of Al-Naimi tribe did and still are doing their best in order to save their history, heritage and their tribe from getting attacked or assaulted by other tribes whatever the reasons were. They also enter in discussions and agreements with the government and institutions in order to find the best solutions to spread peace and security in the whole country.
Discussing the economy, the people of this tribe used to depend on trade, graze of livestock and fishing in order to be able to live. They also depended on forcing other tribes to pay tributes in order to survive. Besides, they relied on selling what they used to get from the sea and other tribes so that they could manage their lives. As for today, Al-Naimi tribe does all its efforts to help the country and achieve prosperity and progress in the economic methods. What’s more, the leaders of the clan discuss a lot of economic issues with economists in the country to find the best solutions and decisions in order to be taken so that the government could meet the demands and needs of people in addition to accomplishing their ambitions and aspirations.

To summarize, Qatar is a country based on the system of tribes. It involves huge numbers of tribes from which is Al-Naimi tribe. This tribe has a lot of contributions since it used to fight before in many wars in order to prove its dominion and superiority over other tribes. As for today, the tribe likes to celebrate the National Day and to meet governmental leaders in order to discuss the issues of the tribe and find solutions for problems if existed. 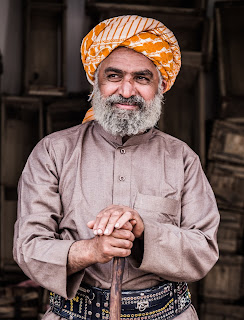