Children disobedience became a dangerous problem and it gets bigger every day. The problem occupies the minds and the hearts of all newspapers, magazines and broadcasters. This problem begins by raising the voices of the children at their parents and may end with their hitting in some cases. Parents does not deserve this bad treatment from their children who were born, raised and loved by them. This matter can lead to the destruction of the traditions, habits, interrelations and fundamentals of any society. Children does not value their parents in the present time unlike their parents who did obey their parents when they were in their ages. This disobedience has many causes and catastrophic results.

Firstly, hitting the children with whips and leather straps is a big reason for children disobedience. When the children are hit, they insist to do the same mistakes but not in front of their parents, they do them away from the parents. Using sticks or any mean of torturing is the worst way to create a violent person sees hitting the only way for dialogues. When these children get bigger, especially in the period of adolescence, they tend to rebel against the parents and their orders. Compliance may make children for some time while it never has been the solution for children disobedience.
Secondly, setting ambiguous boundaries, using unreasonable demands and punishing the children without love are many reasons of children disobedience. If the children live a kind in the home in a kind of ambiguity, they would disobey their parents. Many parents say to their children do this and do not do this without referring to reasons behind these orders. The children has the right to understand while they differentiate between the right and the wrong. If parents teach their children in this way, they would be loved and placed as ideals. Children are humans and they have brains, so when they do something wrong they should understand why it is wrong. The behavior of parents when they punish their children is very important as if the parent punished their children with hatred, the children would use the method of defiance as a result.

To sum up, the disobedience of the children is a catastrophic problem as the family is the smallest unit in the community and if the family were torn, the community would lose all its values and traditions. The results of this problem do not stop at one generation, but it would, but it would extend for many ages as if the sons see fathers do not respect and value their grandfathers, they will imitate them and will not respect their fathers when they get older. The matter is not only related to obedience and disobedience, but it also contain love and respect, which are the base of obedience as if the children do not love and respect their parents, they will not obey them. 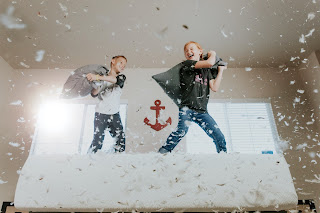