Similarities and Differences of Educational Systems

The Educational System of Qatar and the United Kingdom

Similarities between Qatar and the UK Education:

The first similarity between the education in Qatar and the education in the United Kingdom is in the modern curriculum. Qatar depends on curriculum to develop creation and analytical thinking at the students. The United Kingdom also sees the academic curriculum is the first step towards creating a generation that can lead the country and reaches with it to the high ranks between nations.
The second similarity is the English language requirements as both countries requires a certificate in English to complete high studies. Qataris who prefer to complete their postgraduate studies in Qatar should have the ability to speak English well. Universities in Qatar demand the postgraduate students to have some certificates like TOEFL certificate or IELTS with a good grade. In the UK, the international students who obtained a university degree can apply for the postgraduate degree. To complete the postgraduate education in the UK, students should have cope with the standards of English language evaluation. Some universities require IELTS, SELTA or passing the English exam made by the university.
The third similarity is in the social rank of the teacher. Qatar Ministry of Education provides the teacher with a high level of income as it sees the teacher as the base of the educational system and he should have a high income to give his best to the students. The same happens in the UK. The teaching profession in the UK is noble job and the teachers get high incomes because of their importance.

Differences between Qatar and the UK Education:

Finally, Qatar and the United Kingdom educational systems are different but the fact is that both countries are paying their full attention to the educational process. The Qatari students are smart enough to study what the British studies and this is apparent in the number of the Qatari students who study in the UK. Qatar and the UK education have some similarities and some differences. The similarities are in using modern curriculum, English language requirements for the postgraduate studies and the social position of the teachers. The differences can be counted in the language of study, the coeducation and the single segregated and the educational authorities. 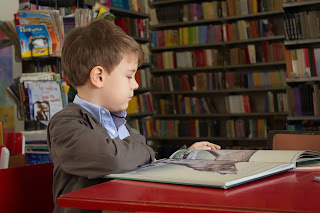