Many people say that women are very intelligent and they are right. None cannot say that women contribute to the human life as men exactly and maybe more. When children are born, the first face they see is the face of their mothers. Then they get older and they decide to marry, so they transfer from the custody of a female to the custody of another female exactly like children. Many men has daughters and this tells one that women are playing a major and irreplaceable role in life. At the practical and professional life, women are also very efficient and diligent. In fact, Gulf Arab mothers should not work outside their homes. Many people say that women in the Gulf region should not work outside their homes, as there is no family economic need for work, they should look after their children and they provide more job opportunities for more men to work, on the other hand the pros of women work in the Gulf region say that this is a kind of racism and discrimination against women rights to work.

No Need for Money:-

Money is one of the main reasons for women work. Women in the west have to work to gain money, as there is a financial need for women work there, so they do not work for welfare or the need for evaluation. On the other hand, women in the Gulf region are so affluent and prosperous and they do not need to work. Work is not an easy thing to do, because many jobs are hard. Many people say that men are created for work and fatigue. There are many jobs that require men to do like jobs that require physical effort. Putting women in these professions is inequity as they are not created for this. The people who believe that women are created for being a wife and a mother in their homes say that women in the Gulf area do not have to work as they do not need money. They also believe that none like fatigue and effort even men themselves and people work only as they need money.

The motherhood is the best and most beneficial task for the humanity. Being a mother for children is not easy because this requires big effort to look after their children and meet their needs. Children requires a special care as they depend on their mothers in everything. According to (Schneider, 2012, P.1030) “women who do men’s work, spend more time on female-typed housework”. If mothers in the Gulf region were not such intelligent to meet the need of their children by themselves, the matter would become worse and a catastrophe would happen. Regardless of the need for work, many women in the Gulf area see motherhood as a mission that must be done efficiently. In most cases, woman plays the role of the teacher in her home and this helps students to study hard and understand the difficult points in their lessons.

The more women work, the less jobs for men, this is a simple equation. The proof is that the number of jobs nowadays is limited and there are not many. When women work, they do not let the chance for men to have more jobs and feed their families. Many women are only responsible for themselves. On the other hand, each man is responsible for a wife and children. Men represent the only income source for their families. This is not a discrimination but women should let more chances for men to work. In a country like the US, according to (Hirshman, 2007, P.3) “Before the recession of 2000, wives who have infants and toddlers left the workforce”. Therefore, the matter is about money as when this recession happened in the US, women started to get back to workforce.

The cons of women to stay at homes say that this is against the human rights and consider this a discrimination of husbands towards wives. This is wrong as in most of the cases mothers stay at homes by their free will. They claim that women should be equal to women in work. Hence work of women is unjust as they become responsible for home stuffs and work unlike men who men who prefer not to do anything in home. The Reality is that woman who is responsible family cannot be a successful employee or minister and a successful employee cannot be a good mother. A working mother cannot achieve the balance between work and family happiness.

To sum up, the work of the woman in the Gulf is an argumentative subject that has been argued for and against a lot. This controversy shows that women. In the Gulf area, many mother women prefer to stay at homes and look after their children to work. These Gulf sincere mothers sacrifice their work, future and monthly salaries to take care of their children. They also are not in need for money like women in other countries. 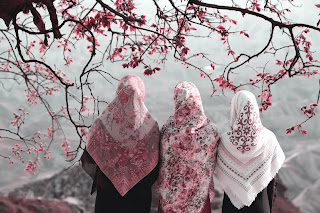