The Positive Effects of Globalization

Globalization succeeded to leave a great impact on people`s life. A simple definition for the term globalization indicates that it is a process of interaction and integration among different people, companies, and governments of different nations, a process driven by global investment, trade and helped by information technology. This process has many effects on the environmental field, cultural and political systems, as well as economic development and prosperity, and on human physical welfare in countries all over the world. In fact, globalization is not new, yet from many years ago, people, companies and people have been purchasing and selling to each other in lands at great distances, such as through the well-known Silk Road over Central Asia that linked China and Europe during the Middle Ages. Likewise, for centuries, people and companies tend to make investments in enterprises in different countries. Therefore, many of the features of the current appearance of globalization corresponding to those dominant before the outbreak of the First World War in 1914. Globalization succeeded to make changes in many fields such as; agriculture, education and culture.

Effects of Globalization on Agriculture:

Globalization managed to leave a great impact on agriculture. However, the first form of globalization which is dated to thousand years before was in agriculture and its various aspects. Most importantly, in the field of genetically modified foods and the Mideast and China were the first nations to create these kinds of crops and followed by Mexico, Andes and Nigeria. And from these places it spread to the rest of the world.
The invention of genetically modified foods set the basis for the culture of these countries and other countries such as United States, several European countries and Japan which are dominating the world today. The process of creating genetically modified foods was of course more difficult in the past than the present time. People back then depended on their rudimentary means of living which depended on hunting as the main source of collecting food for living. However, most of the experiments on genetically modified crops proved that this process cannot be applied on all kinds of plants as there are some plants that cannot be domesticated. According to Diamond (2003) p.2, it is because of the first wave of globalization that almost every literate person alive today uses one of only two systems for writing: an alphabet came from the first Mideas alphabet or a character-based language that grew out of Chinese. This proves that globalization has changed the face of the world and humanity from its emergence and forever. So, it is important to review how globalization contributes to the educational and cultural change.

Effects of Globalization on Education:

As for the contribution of globalization to the educational change, it is such a vital and important one which affects the stability of many countries around the world today. Many people argued that globalization affects the educational process and educational change depending on some main factors and determinants; financial status, labor market status, educational system and information technology. First the financial status is considered the most critical element in the process as it represents more pressure on most of the governments in order to limit their public spending on education in order to cover other aspects and processes.
Second, the labor market is process which is concerned with the economic status of the national, regional and international market. This process always put most of the governments under pressure due to the instability of the market. The status of labor market also is always putting the government under pressure in order to attract foreign investments which would provide the country with more foreign capital, the thing which will be positively reflected in supporting the labor force of the country. Thus, the educational sector will flourish and encourage more investments in it. As long as the rates of investments and payment is increasing in the educational sector the demand and apply for education will also increase due to the high quality. And this increasing demand on education will urges the governments to do their best for improving the educational sector and provide it with more facilities and all the needed requirements for a good and effective educational process. There is no doubt that all the previous pressures and factors are resulting from the increasing influence of globalization and open market, which in some times is considered a negative influence on the educational process.
According to Carnoy, (2002) P.3, as for the status of the current educational system as part of the influencing factors of globalization on the education, it seems that the current educational systems of globalized countries is witnessing great progress and improvement in comparison to the past years before this huge influence of globalization. Forth, the national educational systems of a globalized country has even become better that the international one due to the increasing demand on education from people’s side in order to cope with the rapidly changing world. Moreover, globalization has broadened the concept of education to include several forms and channels, which to some extent made the educational process more advanced and even more complicated. Also the fields included in the process of education have become various and more complicated as an effect of the open world which globalization has made. Fifth and most important is the information technology factor which is considered one of the main elements that created an exposure in the concept of education in general with its fields, means and channels. In other words technology information has changed the face of the process of education forever.

Effects of Globalization on Culture:

Globalization contributes in making cultural change. The culture aspect of a certain country is one of the main determinants of the information networks which are under the influence of globalization. However, the culture a country or a group of people is the force facing the increasing influence of globalization on their country as they believe that globalization represents a great threat to their core values and other aspects of the country such as the economy, religious believes norms and traditions. Thus, one can conclude that the recent educational change has a strong relation to the increasing influence of globalization.
Furthermore, globalization has made a huge alteration to the majority of the economies of the world and this economic change is considered the main factor which affected all other aspects of life for instance; social life, customs, types of life and culture sides. However, the influence of globalization on economy is much more complicated as it includes various aspect of the economic process of country. The world economy has witnessed several ups and downs in the last ten years, which caused many damages on all levels for almost all the countries of the world. According to Aruoba, (2010) P.250, one of the main factors which affects the economy is the foreign trade, which is in turn is greatly affected by globalization and its channels.
As globalization has made the economy of the majority of the countries widely open for more effective cooperation. And this open economy enhanced the concept of international trade which the economies majority of the globalized economies depends on today. Thus, one can define globalization in terms of capital market and global economy as the incorporation of global economies and societies. The process of international trade is controlled by another important economic concept which is supply and demand. The supply concept is the ability of the businesses to provide the market with the essential needs coping with the rate of demand on these needs, on condition that they provide these supplies in high quality and reasonable prices. On the other hand, the concept of demand is the rate and amount of public request and need for their essential supplies. However, a balance should be created between the two concepts in order to keep and maintain the stability of the countries’ economy.

Finally, globalization is the most important trend in the world today; however, its emergence is dated back for centuries ago. The first appearance of globalization was in the agriculture field mainly in the genetically modified foods. Then it takes its course of development until it includes almost every single aspect of life today. The second impact of globalization appeared mainly in educational level. The third major impact of globalization occurred mainly on culture changes. The influence of the spread of genetically modified foods enhanced a lot the life of individuals and increased advantages of agricultural societies in front of industrial ones for the first time. Moreover, the influence of globalization is not only limited to agriculture, it is expanded to include economy and education as the most influenced aspects by technology. The most obvious contributions of information technology in the educational process is that it made much easier, more accessible, and raised the quality of the educational process and its materials. The main and only mean which represents the access to information technology is the Internet, which raised the educational and learning process to a whole new level. However, all these features and facilities should be used wisely as it also have its negative impacts which in many cases could be catastrophic. 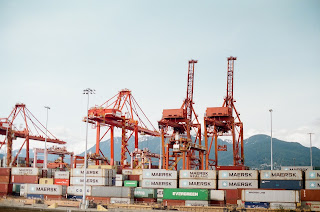