Dubai is an international popular city. Dubai is located in United Arab of Emirates. This city manages to develop and improve its self during the recent years because of the high investment and population. The government works hard to develop and improve different facilities and sectors. Dubai has the highest rate of population on UAE due to the economic development and the high percentage of the expatriates within the city. Dubai succeeds to be one of the leading tourist places not only in the Middle East but also around the globe. Dubai is one of the most speedy and innovative cities around the world. It’s moving with stable speedy studied steps towards global excellence. Dubai is a city where you deserve to live in. it’s considered one of the fast growing cities around the world. It’s the key source of urban culture which is led by a wise ruling by Sheikh Mohammed bin Rashid Al Maktoum. Within few years, Dubai became the most civilized city in the Arabia and most probably in the world. It now competes against great and older cities in tourism and industry. With its rich supply of oil, Emirates successfully could invest in its cities like Dubai and have turned it into a commercial and economical hub that centers the world. Dubai city manages to develop its economic growth, construction expansion, social facilities, oil revenues, tourism and technological development.

Dubai government manages to develop its economic facilities. There is an increase in the development of the economic structure of the city. The government encourages many people to invest in various sectors such as tourists and other so that this can develop its economic benefits. According to Afshin Molavi (2005), Dubai development is associated with the investment growth in the market. The government realizes the importance of the tourism to develop the city. Thus, it builds and develops many tourist facilities so that it can attract the customers from around the world. For example, Burg Khalifa is one of the best tourist places in Dubai. This tower can attract a lot of visitors from around the world. Consequently, it can develop the economic revenues of the city. It is notable that the investment attraction is considered the main tool of the city to increase the economic revenues. The political stability is the key factor behind the investment attraction in the city.

Dubai government develops its construction and infrastructure during the recent decades. Government builds new skyscrapers such as towers. Furthermore, the palm islands are considered a good tourist place that can attract the attention of many tourists. The design and decoration of these islands are magnificent and attractive. Not only the tourist attractions, but also the Dubai government focuses on the business development. There are different business parks and other facilities that can attract the investment and other business activities. It is notable that government uses its manpower in order to develop and improve its construction facilities. The main construction projects in Dubai are Burj Khalifa, Dubai media city, Dubai healthcare city and other facilities. In the future, Dubai government is scheduled to improve and develop some new projects such as Dubai maritime city, business bay and Dubai metro which will be a great leap in the history of the construction development of Dubai.

Dubai develops its social structure during the recent years. The economic growth of this city attracts many expatriates and foreigners who want to have job opportunities. Theses expatriates have different nationalities, languages and other social backgrounds. Consequently, the coexistence of these peoples into the Dubai society plays an important role to increase the social development. Dubai people begin to benefit from the development of these societies to develop their cultures and values. Furthermore, government improves the female position within the city. For example, women work in various activities and sectors such as health and education. “Women constitute about twenty percent of the total manpower within the city” (Encyclopedia of the Nations , 2014). This explains the importance of the female empowerment in the development of different sectors in Dubai. The female participation is considered the key behind the development of the social values and factors in Dubai. Women can give more ideas for the development.

Dubai develops its economic structure via the revenues and the incomes from oil exports to different places around the world. The natural gas and petroleum products play a significant role to develop the economic structure of Dubai during the recent years. Moreover, Dubai is one of the international, regional and local ports which gain the trust of many manufacturers in the world. The city encourages many investors to pump their funds in the city in various activities such as construction and the tourism facilities. The main factors behind the economic growth in Dubai can be attributed greatly to the exports of oil and natural gas as well as the incomes of the tourism. Different investors prefer to invest in this city rather than other places because of its promising future especially in tourism field. The revenues oil in Dubai attract the attention of many investors in the world (DeNicola, 2005). This means that the economic growth of Dubai depends on the high oil revenues and incomes.

The next advantage of Dubai is represented in its tourist facilities and services. This city is one of the cities which include various tourist facilities. The city includes various exhibitions and trade shows. Thus, Dubai holds various exhibitions such as the cinema exhibitions, trade shows, fashions, music and other shows which attract the attention of many people in the world. Moreover, Dubai includes various museums and recreational places. The main museums in the city as Dubai museum in Al Fahidi Fort, heritage village, al boom tourist village, creative art center, and other tourist places. Additionally, this city is one of the international famous shopping cities. It has various shopping malls where many tourists and visitors come from various places in the world in order to make shopping for clothes, furniture and other accessories. There are more than five hundreds hotels in Dubai (Kumar, 2014). Furthermore, the city has many tallest towers in the world such as Burj Khalifa and Burj Al Arab. Thus, the city has various tourist activities and facilities which gain the trust and confidence of many people.

Dubai has been the scope of most advanced technological companies. Corporates have taken a new leap to look at the Middle East and the Arab World in particular. Thank to Dubai for raising the awareness of the world towards the United Emirates and its well educated citizens. Among the benefits of modern technology, Burj Khalifa is now the tallest building in the world now. This is a technological leap that nobody could expect it to happen in the Arab world while it’s full of wars and conflicts. Another aspect of the advancement in the Emirate of Dubai is its Metro. It’s a state of the art that shows the modern advancement of human race. Another aspect of the influenced by technology is tourism. Almost 9 million tourists come to see Dubai every year. The technological innovations of the city have captured the minds and hearts of many. It became a city like Paris or Prague. Dubai also hosts global conferences every year that talks only about modern technology in every aspect and field of the technological development. The government has been spending a lot of elevating the position of the city among its rivals. A unique experience starts with visiting Dubai.

With the existence of highly qualified hospitality professionals from all over the world to the high technology companies of Information Technology like HP and Microsoft. These companies have been in Dubai because they know how much this city is great and willing to fulfill their needs. It’s carrying a pioneering experience that honors all the Emirati citizens and the whole Arab people. Considering Dubai as an economical hub that competes against Singapore and Hong Kong, the city plays a major role in the global economy. Dubai is a story of excellence and innovation. The exerted efforts of the Royal family are well proven by the loyalty to their country.

In conclusion, Dubai develops the economic, real estate and the social structure. The strong governmental strategies and laws play an important role to develop and improve the city. The city is under the great construction and design so that it can cope with the recent needs and requirements in the market. The business investment in the city is considered the backbone of the success and development of the city. Dubai is a great city because of economic development and tourism as well as technology. Because of the All of the above advancement and technological innovations have taken Dubai to a world class level. Once you visit Dubai, you feel the warmth and generosity of Arab spread everywhere. If you have not visited Dubai still now, you are missing a lot. 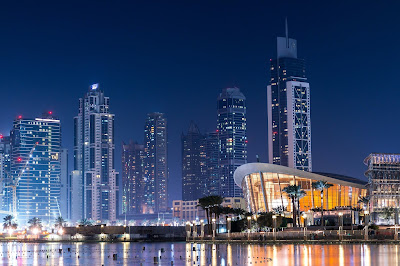