IQ vs. EQ: Which One Is More Important for Achieving Success?

According to a review released by Faculty of Business at Harvard University, emotional thinking is not considered as a luxurious thing which you can do without in difficult and hard times. On the contrary, it is a fundamental instrument, that if it is used with brilliance and perfection, it will be a pillar for success in the professional and career field.

Nowadays, institutions and corporations as well authorities and organizations truly need real leaders who have the ability to get back trust, confidence, ethics, manners and hope between people in the whole world, leaders who estimate the value of getting people closed and related to each other through emotions. Emotional intelligence or emotional quotient (EQ) is defined as the ability to appoint and assign emotions and feelings in a perfect method as well as being the base for high performance in relationships between different people and personalities.

Intelligence quotient (IQ) is defined as a score obtained from evaluations and assessments based on standards and certain systems which are planned in order to examine and check the individual’s intelligence. Despite the fact that IQ tests are used on a large scale in America, a lot of experts and scientists get suspicious about the faculty of these tests to know and measure the mental abilities on which success depends in real and professional life. Furthermore, IQ tests faced a lot of criticism because they discriminate between people according to their gender and race.
Actually, Alfred Binet was the first French psychologist to invent and create an intelligence test (IQ) for kids in 1905 to measure their mental ability. He invented this idea and thought according to the fact that we could explain intelligence using age terms.

Similarities between Intelligence and Emotional Quotient:

As for the similarities between IQ and EQ, they are not a lot but they could be determined easily. People thought for many years that IQ was the best way to measure success and brilliance in professional life and at work as well in social life. On the contrary, recent studies and researches showed that there is a direct connection between high EQ and achieving success at work.
People who have more EQ, accomplish more, show their excellence in groups at work and do a lot of effort besides taking more risks and initiatives. A lot of organizations and companies authorized and applied EQ tests for candidates who come to apply for jobs in addition to owning seminars about training and emotional as well as social skills and abilities.
In fact, SEL or Social and Emotional Learning become more popular and famous not only between people at work but also between students at schools and universities. In addition, the majority of IQ tests are applied in education especially in psychology.
Furthermore, IQ tests are used based on standards in order to identify gifted persons and individuals with special needs in classes. Besides, IQ expects brilliance and excellence for people who achieved success in their academic studies. It is also used in order to choose careers and jobs for graduates at universities.

Differences between Intelligence and Emotional Quotient:

As for the differences between EQ and IQ, both of them don’t share much. Here are the differences between intelligent and emotional quotient:
1- EQ is the abbreviation for the word “Emotional Quotient” which means Emotional Intelligence while IQ is the abbreviation for the word “Intelligence Quotient”.
2- Emotional quotient is the faculty to determine, evaluate and organize as well as dominate the feelings and emotions of one person or a group of people whilst Intelligence quotient is a score obtained from one or more than tests according to standards which are made to evaluate and check intelligence.
3- EQ has the ability to assess and coordinate in addition to controlling and explaining feelings of a certain person as well as using emotions in order to make processes of thinking and perceiving meanings and definitions of emotions easier. On the other hand, IQ has the ability to teach, perceive and execute information and data on logical thinking, writing comprehensions, abstract thinking and spatial too in addition to clearing related information.
4- EQ could appear at work in teamwork, cooperation between staff and leaders, good relationships and friendships as well as guidance in services while IQ could appear at work in achieving and accomplishing success with hard missions as well as the faculty to make analysis and connect between dots besides doing researches.
5- As for EQ, it determines leaders, players in teams, persons who could work by themselves without the help of other and people who face and encounter social difficulties in dealing with others and making relationships with them. As for IQ, it specifies talented and gifted people or persons who have mental disabilities and face mental difficulties. Sixth: EQ has popular tests like Mayer and Salovey while IQ has famous tests like Wechsler and Stanford.

To sum up, IQ and EQ are both needed in our life. A lot of institutions focus only on one of them and neglect the other but they have to use both tests to determine peoples’ mental ability, emotions, faculty in making relationships as besides determining people who face mental and emotional difficulties while dealing with others. 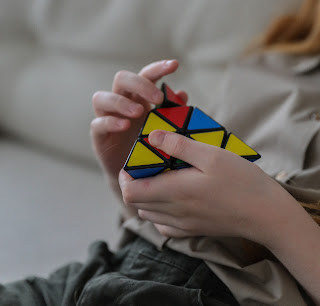