Setting of "The Elephant Man":

The first production of the Elephant Man story was at the famous Hampstead Theatre in London. Later, it moved to New York and began to be performed at St. Peter’s Church’s Theatre. Finally, it moved to Broadway. Besides, a large number of people liked the play which was inspired by the book and written by Pomerance. Besides, the play gained a lot of awards like the award of New York Drama Critics, Tony Award, and the Obie Award. On the other hand, the book talks about the story of Joseph Merrick.

Introduction to "The Elephant Man":

It is a true story based on the chronicles from the book of Frederick Treves in which he talks about his life. Moreover, the critics liked the great efforts of Pomerance when he managed to describe the disputes and conflicts that happen when Treves rescues Merrick from people who try to exploit him in stupid shows because of his ugly look. Because of its success, the play turned into a huge movie in Hollywood with the same name in 1980. The film also gained a large number of awards like Best Movie and Best Actor. What’s more, it earned a lot of American Academy Award Nominations for Best Actor, Best Director, and Best Picture among other awards. The stars in the said movie were Anthony Hopkins, Anne Bancroft, and John Gielgud.

Characters of "The Elephant Man":

1- John Merrick: The protagonist of "The Elephant Man" story. He is a deformed man and people get scared of him. He is treated as a sort of freak in a show managed by Bytes.
2- Fredrick Treves: a doctor who works in the London Hospital and is responsible for treating and studying the case of John.
3- Mrs. Kendal: a beautiful lady who was a famous actress and made a friendship with John.

Summary of "The Elephant Man":

Summary of Who Is John Merrick?

One of the main characters of "The Elephant Man" story is John Merrick whose real name is Joseph because this story, as mentioned before, is based on a true story. He is a lovely and smart man, but the whole English society in the Victorian Era hated and detested him because he was distorted badly. Nonetheless, a doctor discovered his case, rescued him from his life which he used to spend in a freak show as an animal, and started to grant him the gift to be treated as a human being.

"The Elephant Man" story begins in London when Dr. Frederick Treves leaves the London Hospital in which he works and passes by a circus show in the street managed by a man called Bytes. The name of the show is “The Elephant Man”.

As a matter of fact, the creature who is the main character in the show is a real human. He is twenty-one years old and called John Merrick. Moreover, he has a lot of distortions in his body like his huge and deformed skill and right shoulder.

On the contrary, Bytes who is his owner wants to exploit him economically by showing him in a freak show in order to collect and gain large amounts of money. Later, Treves can take Merrick and bring him in his the hospital. But, in order to do that, he faces a lot of troubles and obstacles like when the authorities question him because the case of Merrick is very difficult and he can’t receive any cure. In the beginning, Treves thinks that Byte’s opinion about Merrick was right as he is a deaf man and isn’t able to speak.

But, later, Treves starts to know that John is a well-educated man who can read and pronounce words clearly. When the newspapers in London begin to talk about Merrick, he turns to be a famous and notable person between the characters of high classes like Mrs. Kendal who is a notable actress.

Although he is treated like a human being, there is one question that the reader will keep asking during the whole story which is if the actions of Treves are considered as a sort of exploitation of John or not. On the other side, as he becomes more and more famous, others attempt to get any money or fame from him such as Bytes because he lost him as an economic source.

At the end of "The Elephant Man" story, Treves finds John dead in his bed after spending three years in the hospital.

Analysis of "The Elephant Man":

From my point of view, I believe that "The Elephant Man" story is great and entertaining. I also think that many readers will enjoy reading it because its language is simple. In addition, I see that there are a lot of themes, which the author wanted to talk about. From these themes is loneliness. The author describes how Merrick is isolated from the society in which he lives; first in the show and later in the hospital.
When Dr. Frederick meets him, he discovers that John is in deep need of friendship because of the way he was being treated like an animal. Despite of Frederick’s good intentions, John remains separated from others in the hospital because Frederick always sees him as a case of study. In addition, in spite of his friendship with Mrs. Kendal, this friendship was ruined when they become too close.
After her banishment, Merrick becomes lonely because he knows now what he misses and it tears his heart. Another theme is beauty of course because in a society that appreciates beauty, Merrick is separated from it. He is distorted as people escape right away when they see him because they are afraid. He is considered as a contrast for the beautiful actress Mrs. Kendal whose humanity is much more amazing than her beauty. 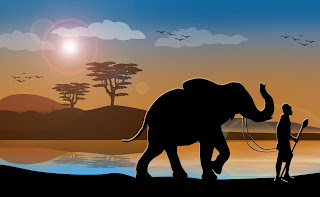