Author & Setting of "The Monkey's Paw":

Is Mr. and Mrs. White only survived son. He is a young, caring and loyal man.

Is a friend of the Whites family. He enjoys telling others about his adventures and journeys. He also shows the White family the monkey’s paw.

Is the strange man who tells the White family about their son’s death.

The Calm House of the White Family:

"The Monkey’s Paw" story begins with the White family in their house. Then, a friend of their family who was Sergeant-Major Morris comes to visit them. After spending the night there, he takes a small paw out of his pocket and shows it to Mr. and Mr. White because they insisted a lot in order to force him to show it. Morris tells them that this paw has the ability to make wishes real but it is cursed to clarify that fate controls and dominates peoples’ lives and that they can’t play with their destiny. He wished to sell but didn’t because he didn’t want it to cause any more problems.

Although he warned the White family of it, they insisted to buy it and asked Morris about how to make their wishes come true. After Morris left, Mr. White says that he has all he wants but his son, Herbert, suggests that they could wish for 200 pounds in order to pay the debt of their house. Nothing happens, but on the next day, a strange well-dressed man comes to the White’s house, tells them that their son is dead and the company isn’t responsible for the accident.

The Son Dies and Being Buried:

After they heard that, they were shocked and devastated but the representative tells them that all the company can do is to give them 200 pounds. After burying their son, Mr. White hears his wife crying because of her son. She keeps telling him to use the paw in order to get back their son. He says to her that the death of Herbert and the 200 pounds are not related to his first wish. In response to her insistence, he makes the wish.

Suddenly, Mr. and Mrs. White hear the ticking of the clock, the sound of a mouse and a stair. Later, they could manage to hear a knock on their door and Mrs. White says that the knocker is her son. She perceives that he didn’t come back right after the wish because he should have walked 2 miles from the tomb to their house. Mr. Whites keeps telling her not to open the door and he runs quickly to get the paw in order to delete his wish. As Mrs. White goes to open the door, the knocking stops and Mr. White goes to see that the street is empty and calm behind the door.

As for the story analysis, I think that "The Monkey’s Paw" story is entertaining and funny. I would certainly recommend it to readers who are interested in fictional stories. As for my opinion, I think that the book discusses a lot of themes. One of these themes is the danger of wishing. We find that the White family wishes for 200 pounds in order to pay their debt. Actually they got their money but in return of their son’s life. Another theme is the conflict between intimacy of the house and the outside world. We find that the author describes the comfort and calmness of the Whites’ house but, instead of keeping and maintaining this calmness, they invite chaos and troubles to their house. 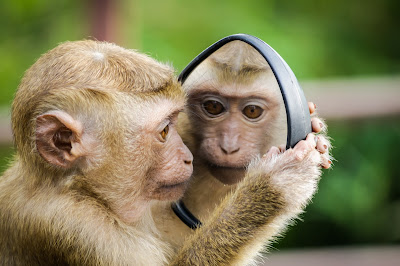