Author & Setting of "The Monkey's Paw":

The author of "The Monkey’s Paw" story is W. W. Jacobs. This story is considered as one of his seventy stories. All the events of the book (the setting) take place at the White’s family’s house. This family contains three persons: Mr. and Mrs. White and their son Herbert. On the other side, "The Monkey’s Paw" story was published at the beginning of the nineties. The time when the majority of the events happen is the night.

Characters of "The Monkey's Paw":

1- Mr. White: He is the protagonist of "The Monkey’s Paw" story. All the events revolve around him and his family.
2- Herbert White: He is Mr. White’s only son. He lives with him at their house. He is a good and sincere man who works hard.
3- Mrs. White: She is Mr. White’s wife and Herbert’s mother. She also lives with them and she is caring as well as having a tender heart.
4- Sergeant-Major Morris: He is an old soldier who used to serve in the American army in India.

Summary of "The Monkey's Paw":

The Villa of the White Family:

Through the events of "The Monkey’s Paw", W.W. Jacobs tells us the story of the White family which lives in their villa. Everything is normal till one day an old friend of them visits their house. This friend is Sergeant-Major Morris who was a former soldier in the American army. He keeps telling the family about his adventures while he was serving in India. But then, he takes a monkey’s paw out of his pocket. The family is really surprised while Morris tells them that this paw is able to make three wishes come true, each wish for each person.

The Dangers that the Paw Caused:

On the contrary, he says that this paw causes a lot of dangers because it intervenes in fate and destiny of people. The family doesn’t listen to Morris’s warning and insists on getting the paw. After the Sergeant leaves the house, Herbert tells his father to wish for 200 pounds so that they could pay the debt of their house. Mr. White accepts the advice and makes the wish but everything is the same and nothing strange happens.

A New Visitor from Herbert’s Company:

On the following day, a strange man from Herbert’s company knocks on the door of the Whites’ house to tell them that their son is dead and the company is giving them 200 pounds because the staff feels pity for their loss. Mrs. White becomes n terrible mourning and Mr. White does all his best to make her happy.

The Wish of Mr. White:

Then, she insists on making him wish to make their son come back to life. Mr. White is really scared from this wish but after his wife’s insistence, he accepts. After he makes the wish, suddenly they hear a knock on the door of their house and Mrs. White says that this is Herbert who comes back from his grave.

Mr. White is scared so before his wife opens the door, he cancels the wish. Surprisingly, the knock stops and when they open the door they see nothing but the empty silent street.

Criticism of "The Monkey's Paw":

I think that "The Monkey’s Paw" story is interesting because it discusses how people intervene in God’s business as this is not their job. They have to accept their destiny without asking or getting mad. On the contrary, I didn’t like the end because it is open and doesn’t determine anything. I like the close endings. But I like the story overall and I could recommend it to my friends to read it and tell me about their opinions. 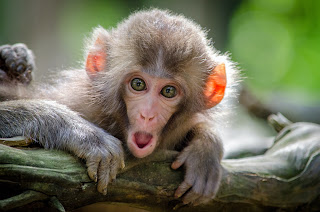