Setting of "The Monkey's Paw":

"The Monkey’s Paw" story became notable between old and new generations as they love to read it because it is full of interesting issues like fate, wishes and destiny. It tells us about the life of the White Family which bought a monkey’s paw to make their dreams come true.

Characters of "The Monkey's Paw":

1- Herbert White: The only surviving son for the White family. He works hard at his work and loves his job.
2- Mrs. White: The breadwinner of the family and Herbert’s father.
3- Mr. White: Herbert’s mother and Mr. White’s wife. She takes care of her family.
4- Sergeant-Major Morris: He is a friend of the White family and an old military who used to serve in the army.
5- The Representative: He is the strange man who came from Herbert’s company to tell his parents about their son’s death.

Summary of "The Monkey's Paw":

What Is the White Family:

The White family is consisted of three persons: Mr. White, his wife Mrs. White and their only son Herbert. They are visited by their friend Sergeant-Major Morris who serves in the army and was in India. He keeps telling them about his adventures but suddenly he starts to talk about a monkey’s paw. He is able to attract the family’s attention as he says that this paw has the ability to make wishes come true but it is cursed by its owner because it causes a lot of troubles.

Sergeant-Major Morris wants to throw this paw away because it interferes in destiny and fate of people. Although Morris keeps warning the family about the paw’s dangers, they insist to buy it from him. After he leaves, Morris says that he doesn’t have any wishes and he has all he needs. On the contrary, his son Herbert tells him to wish for 3200 pounds to pay for the house debt. Mr. White agrees and makes the wish but nothing changes as everything is the same. On the next day, Mr. White and his wife hear someone’s knocking on the door of their house.

Mr. White and his wife Opens the Door:

When Mr. White and Mrs. White open the door, they find a representative from their son’s company who tells them that their son is dead and the company feels sorry for their loss but cannot do anything except giving them 200 pounds as compensation. When Mrs. White hears the news, she feels devastated and shocked. She keeps crying and Mr. White tries to calm her but he cannot. Then, Mrs. White asks him to make a wish so that they can get their son back. Mr. White refuses but at the end he agrees.

After he makes the wish, they hear a knock on the door and Mrs. White says that this knock belongs to her son. Mr. White tells her not to open because he is scared of terrible things to happen but she refuses. While she is going to open the door, Mr. White reverses the wish and all they hear is silence. When they open the door, all they see is the empty street.

Analysis of "The Monkey's Paw":

I think that Jacobs showed a real brilliance in writing "The Monkey’s Paw" story because it was full of new issues to be discussed. One of these issues was fate and how people would do anything to interfere in God’s work. Jacobs believed that fate was God’s job and we must not do anything to change our destiny because it would lead to terrible consequences. That’s why I liked the book because it taught me new things and I would recommend it to all my friends and family members. 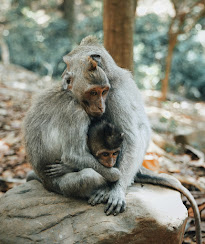