The adventure of Acropolis takes place within the walls of Athens and especially in the Acropolis hill. It is one of the main sightseeing in Athens. The two starring characters and the only are Dimitri and he is a Greek. On the other hand, there is the young, bored and later inquisitive Brady. He is an American boy who came to visit Athens with his parents however; they never made a coming to the scenes of the adventure through "Acropolis Adventure".

In the first scenes of "Acropolis Adventure", Dimitri calls for Brady in an indistinct voice within the crowds. Brady go to see him and they are introduced to each other. Dimitri seemed to be a confident man. He is old but he had lived in Greece and he knows every place. He also knows how to change Brady’s idea of the history and sightseeing. Brady on the other hand, he is as student who is not concerned with history at all and finds it very boring thing. For him, it is just a matter of numbers, names, and dates to memorize and study for the sake of his history subject in the school.

Dimitri and His Adventures Start:

Dimitri starts his adventure with Brady winding around the Acropolis. Before leaving the café, Dimitri mentioned that Brady’s father is a hero who saved his life. Yet making Brady excited and more curious about how his dad is a hero. It’s something he never heard about. They both moved quickly until they reached the foot of the steep slope leading to hilltop. Dimitri changed quickly and took a shortcut right to the Wind Tower. The tower resembled a two-story-high marble octagon that turned gray and rough with weather and age. This tower, as Dimitri explains to Brady, was used to determine the time of the day as well as the time of the year.

Dimitri and Focusing on Details:

As Brady keeps neglecting the details, Dimitri encourages him to take a closer look to get into the details. Paying attention to the details is what makes our lives richer and extra interesting. An astronomer named Andronicus built the Tower of Winds. Then, Dimitri explains the meaning of the sundial. Brady drops his jaw open because of the shock-fact that ancient people were that smart.

Again the move through the narrow stone streets at the acropolis’s base. Dimitri then takes him to the theatre to show him another exciting fact about ancient Greeks. The theatre is made of row of stone benches in a gigantic semicircle. The benches brightly reflected the midday sun. Brady was wondering how actors onstage could deliver their voices to the audience in this massive theatre without microphones or loudspeakers.
Then, Dimitri laughs and orders Brady to go up to the last row of benches on top to test sound. Dimitri’s voice was loud and clear without even extra efforts made by Dimitri to increase his tone. Dimitri then explains to Brady the bowl of sound based on mathematics. The theatre was divided into three equal sections; lower, middle and upper. Each section of the semicircle titled at a slightly higher angle than the level below it allowing the bowl effect to happen by trapping sounds from the stage. Brady was amazingly astonished.

Climbing the top again at their last station, they move to reach the top of the hill. There Brady’s jaw dropped open again at the sight before him. A stone temple stood there; it is the Parthenon. It looked as big as a modern football stadium but was decorated with carved figures and geometric patterns in stone.
At the end, Brady’s admits that paying attentions to details is very important. In addition, Dimitri in return answers Brady’s curiousness about how his father saved Dimitri’s life. Dimitri explains to him that he was saved on an event of the Running of the bulls where he was almost hit by a wild bull but Brady’s father moved quickly and pushed him out of the way at the last instant. 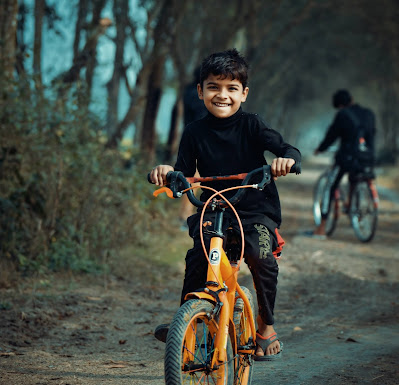