Advantages and Disadvantages of Tourism

Is Tourism a Blessing or a Curse to the World?

Tourism is important for all people in all over the world. It means that one leaves his country and travels to visit another country. For the local people, tourism is a good resource for the hard currency and this would enhance the economy of the host country through raising the rate of the gross domestic production (Roy, 2014, Para 3-6). Tourism also raise the rate of employment and provide the local people with many jobs in hotels, restaurants, shops and transporting sector.
For the tourists, tourism is a good chance to visit new places and meet new people. This makes tourists get out of the routine of work and also help in improving their inner. Tourism also has cultural purposes through the interaction and the communication that take place between people from different races and different cultural backgrounds. This creates a state of cultural communication in which people love each other and live peacefully.
In addition to the personal, economic and cultural advantages of tourism, tourists can learn foreign languages easier than others. Advantages of tourism are as follow:
Advantage 1: Economic Positive Impact:
Tourism has a good economic impact on countries' economies. When a tourist visits a country, he pays with the hard currency for everything. This increases the rate of the cash reserve of the country, which should be in the US Dollar. As a result, for this, the economy would be stronger and there would be a welfare and prosperity.
Besides, investors tend to invest in the countries that has many tourists because this would gain money from investing in hotels, restaurants, bazars and amusement parks. Having a high rate of tourism also means that the country is secure and safe and this is a good reason for attracting investors from different countries.
Advantage 2: Increasing the Number of Jobs:
For employment, tourism help in the creation of many jobs for the people in the host countries. This starts with the air tickets that the tourist reserves and pays for and ends with such jobs like porting and driving. The tourist gets down from the airport, searching for a driver to take him to a hotel in which there are receptionists, chefs, dry cleaning workers, cleaners and accountants. All these jobs in hotels depend on tourism. Thus, one can say that tourism is a good mean for employment (Bennett, 2014, Para. 7). Having many jobs would achieve stability in the country and would people satisfied about the economic performance of the government.
Advantage 3: Identifying New Cultures:
Tourism also has many cultural advantages. All the culture clashes happen because the lack of communication between cultures. Tourism solves this problem. Through tourism, people from different cultural backgrounds communicate with each other. The Europeans visit the Middle Eastern, Asian, north American and south American countries and vice versa. This communication would help individuals to discover other cultures and thus understanding would be created. Each people in a country have a special and different culture that is different from other cultures.
For example, people in the United States like to shake hands firmly and they regard a sleek shake hand as a sign of disrespect and weakness. They also do not like to look at the eyes of each other when they speak to each other and when one looks at the eyes while speaking; he would be regarded as a rude person.
On the contrary, people in France do not like to shake hands firmly and they just shake hands slightly and quickly (Mental Floss, 2013, Paragraph 6). Unlike Americans, people in the Middle Eastern countries look at the eye while speaking and they consider not looking at the eye while speaking as shyness or neglecting (Wolfe, 2016, Para. 6). Tourism would let foreigners to know all such differences and this would create a state of other culture's respect and coexistence.
Advantage 4: Learning Foreign Languages:
Tourism is also a good motif to learn foreign languages. When one travels to a foreign country and likes it, a motif for learning its language would be created. Moreover, travelers and tourists learn languages faster than other people, because they interact with the native people of the language more than others. Many persons are regular visitors of foreign countries because they learn its language in their visit. Therefore, tourism can be a good mean for learning foreign languages. Learning another language would help the person to easy get communicate with others and achieve a better understanding of it.
Advantage 5: Enhancing Infrastructure:
Tourism can participate in enhancing and strengthening the infrastructure of countries. Countries that seek to attract many tourists work on strengthening the infrastructure. This happens through the establishment of roads and bridges, the building of new hotels and resorts, the construction of new hospitals, transportation means, telecommunication facilities and amusement parks. All such things help in advancing the infrastructure of the country and thus many tourists would visit it. This is what countries do in order to attract many tourists. When tourists come and visit the country, the money they pay is used in order to enhance the infrastructure of the country (Seetanah et al., 2011, P. 90-91).

On the other hand, other people regard tourism as a curse not a blessing. Such people say that tourism increase the greed of countries' government. In countries that have high rate of tourism especially in the developing countries, governments neglect the needs of the domestic people and only fulfil the needs of the tourists. Moreover, not all tourists are kind and friendly persons because some tourists can smuggle illegal things to countries hiding behind tourism. In addition to that, tourism is an easy gate for the illegal immigrants. This happens when tourists travel to Europe, the United States, Canada or Australia and stay their trying to search for work. Besides, many tourists do not respect the local customs and traditions of people in the host country (Goodman, 2015, Para. 8). Disadvantages of tourism are as follow:
Disadvantage 1: Governmental Expenditures to Tourism Only:
Additionally, many people consider tourism as a curse. In touristic countries, all the governmental expenditure goes to the touristic projects. This increases the money that is spent on the establishment of hotels, resorts and museums and reduces the money, which would be spent on education, housing and health care of the original citizens (UNEP, n.d., Para. 1-6). The normal result of such actions is that the citizen regard himself as a stranger in his country and feel with the neglect of the government. In touristic countries, local people suffer from the lack of development of the places that do not have a high rate of tourism. For example, in the United Kingdom, the biggest rate of development happens in London, in France, the biggest rate of development happens in Paris and In Thailand, the matter is the same in Bangkok.
Disadvantage 2: Negative Effects to Local Heritage:
Some people see that tourism affects negatively their heritage, which contains customs, traditions and habits. In most of the cases, tourists do not respect the customs of the original people, causing a ruin to the wild life, the museums, the streets and the places they visit. This is because of the lack of belongingness at the tourists, which consider the host country as a foreign country. Moreover, tourists affects also the habits and customs of the host people because when they transfer their habits and customs. Thus, the traditions and customs of the host people would disappear by the time (Schipani, 2008, P. 54-55).
Disadvantage 3: Drug Smuggling:
Drug smuggling is a very catastrophic thing because drugs kill many people and lead to many crimes. Many people disguise behind tourism while they are in fact smugglers. Many of the tourists get arrested because of smuggling drugs, gold or even monuments. In July 2012, two British got arrested for carrying 1.3 kilograms of cocaine in Grenada (The Guardian, 2012, Para. 1-2). This is a real catastrophe that some tourists are smugglers. Moreover, the advanced countries like the United States, Australia, Canada, the United Kingdom, France, Italy and Germany suffer from the persons that travel as tourists while their real intents are searching for work illegally. In advanced countries, tourism is a double-edged weapon as it can lead to illegal immigration and residence.
Disadvantage 4: Stakeholders and High Costs:
Stakeholders can be defined as the people that either affect or get affected by the performance of the organization and who seek for achieving the objectives of it. In tourism, stakeholders are numerous because tourism includes many sides. In tourism, stakeholders have a very important role that is related to planning for the projects and implementing. The final objective of stakeholders in the tourism sector is to minimize the cost of the touristic projects and maximizing the benefit and the return of these projects (Perić, Đurkin, & Lamot, 2014, P. 273-275). The stakeholders can be the governmental employees, managers, contractors, subcontractors and all the workers.

This research has many results. The first result is that tourism is a blessing and a curse in the same time. Tourism is a blessing that it enforces and supports the economy through the increase of the gross domestic production. It also helps in raising the understating and coexistence between people from different cultural backgrounds. There are also some disadvantages for tourism but these disadvantages cannot be compared to the advantages. The solution for overcoming the disadvantages of tourism and achieving the utmost outcome is applying certain measures. These measures are depending on green tourism as solution for environmental problems which would come from the ruining the wildlife. Secondly, protecting the local customs through giving tourists simple lessons before they travel about the new culture that they would meet. Thirdly, guiding governments about the importance of advancing all the places which either they are touristic or not because advancing this would increase patriotism at citizens. Finally, applying strict rules regarding checking the luggage of the passengers in the airports. 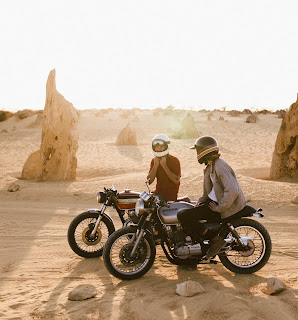