Qatar has many deep-rooted families inside it and these families originate from old tribes representing history that goes all the way to the prophet’s times sometimes. Old tribes in general are known for being isolated, however they are not rural or distant, but dynamic. Many of the current families in Qatar have strong and deep origins that could be traced back to many years ago through continuous research and studies. To study the history of a certain family understanding the importance of genealogy as a science and having passion to study the history of your family is essential.

The Al-Khaldi family is one of the families that have deep roots in the history of Qatar in particular and the Arabian region in general. AL-Khaldi family is originated from Bani Khalid one of the original Arabian family trees in the Arabian tribes in general and one of the families with many branches in many Arabian countries right now, Including, Saudi Arabia, Emirate, Kuwait, Syria and Qatar. “Bani Khalid has many branches in said Emirate including Al Humaid and Al Jannah family” (Grandfather).
They also have many branches in Saudi Arabia like Al-Wahhabi’s and Ajman. Bani Khalid were a very powerful tribe in Saudi Arabia before becoming a kingdom and all their power went to the Saudis. The family was forced to leave their place for a while before they were allowed to come back years later.

The current families in Qatar, which belong to Bani Khalid or Al-Khaldi family, are big families. They belong to different origins from different sources in the Arabian region. First of all, one of the families that I know is Al-Humidat family. They were mentioned by Ibn laabon as followers of Hamid Ibn Bni Khalid. Al-Humidat family is said to belong to the Tamim Tribe specifically to Saad Ibn Tamim, who came to Qatar right after the battle of slavery in 1245 where the Saudi family won over Bani Khalid.
The family of Bani Khalid is a big family in Qatar and many of its members live in Tenbk and Khor. The number of the family is about 20,000 people till now and they have many branches that include; Al-Amer. Al-Hussein, Al-Mutrf, Al-bred, Al-Ibrahim and Al-Amer who are currently led by sheikh gabir ben Nasser AL-Hussein Al-Amer live in Tenbk and they amount to about 50 people, so their number is very small. Al-Mutrf and Al-Bred Both live in Khour and the current Al-Rashid family belongs to al Mutrf family. Finally, al-Ibrahim and they are the closest people to Al-Amer. They are not a lot when they are compared to Al-Amer but they have their own influence and they live in Khour just like Al-Mutrf and Al-Bred.

I have also found out that one of the descendants of the Bin Khalid tribe is the Al-Muslim tribe, which belongs to the Humidat of bni Khalid. They currently reside in Doha and they have relatives in Bahrain. Al-muslim left the original tribe in 936 Hijri and 1530 AD. They moved to the Howaila and lived there and then started ruling over the country of Qatar by a nomination from the main tribe Al-Hamid.
After they got settled in and the people got affected by them, Al-Muslim stayed in Qatar till they became a family with strong influence on the people. Moreover, they stayed in contact and kept their relationship with the other branch of bni Khalid family that lives in Bahrain. They kept ruling over Qatar for more than 300 years and one of their descendants is Gabr Ben Mohamed Ben Muslim who ruled water from 1878 to 1961.

Another family which belongs to the AL-Khaldi family is the Al-Mazkor family (Grandfather). They are the sons and the daughters of Sheikh Mazkor bn Jabara El-Nassory and they belong to Nassor from Anan. They were the Persian rulers until Shah Shah the king of Iran in 1900 came over to Iran and killed most of the family and exiled the rest outside the country. As a result, some of them moved to Abu Dhabi, some moved to Emirates and others moved to Qatar. They were called the Al-Mansouri as a reference to their grand ancestor Mansour Ben Mnha Ben Khalid El-Gabri AL-Khaldi who passed away right after they moved away from Iran. Recently, their name changed to Al-Khaldi and that is because their origin is in fact Al-Khaldi tribe or Bni Khalid and because another Mansouri family exists within Qatar.
Currently some of the branches that live in Qatar and the Emirates are; the sons and daughters of Sheikh Mohamed Ben Ali Ben Gabara El-Nassori el-Khaldi. They are the sons and daughters of Sheikh Mansour Ben Abd-Allah Ben Hassan Ben Mazkor El-Nassori el-Khaldi, finally, the sons and daughter of Sheikh Soliman Ben Hatem Ben Gbara El-Nassori AL-Khaldi and Sheikh Hatem El-Nassori AL-Khalidi in Dubai.

The last family that belongs to Al Khaldi is the Al-Shobat family, which currently live in Qatar. However, they are newcomers from the bni Khalid who lived in Syria 40 years ago. Al-Shobat family came to Qatar 40 years ago from Syria. They were living in Syria in Homs until they decided to leave. They belonged to the biggest branch of the Bni Khalid family in Syria and currently, they are already considered a part of the Al-Khaldi family in Qatar.
The most known person from their family is Skeikh Hamoud Ben Awad Ben Haza Al-Shobat Al-Rotby Al-khaldi. AL-Khaldi Family is very big and it has many origins and relatives whether in Qatar or the Arabian world. This is not everything as the family is amazing and through the deep researching, one can find more.

In conclusion, My family “The AL-Khaldi Family” originated from a tribe with very deep roots in history and because tribes in the Arabian world married from each other a lot and got merged together a lot due to the nature of life that the Arabs lived back then and the fact that they depended on trade most of their life, the original tribe currently has a lot of branches.
The original tribe that my family belongs to has branches all over the gulf region and the Arab Region such as; Saudi Arabia, Emirate, Syria and even Iran. The Khaldi families that live here in Qatar right now though all belong to bni Khalid and all originate from the very same tribe, they differ in the place they moved from to Qatar. Some moved from other Arabian countries while others moved from Iran, which is a country that is normally unaccounted for when it comes to tribal life since the connection between the families is usually between one family in the Arabian world and another and Persian origins for a branch of an Arabian family are rare.
Some of the current branches of AL-Khalidi Family were there ever since the very beginning of Qatar like Al-Muslim, who came over at the very beginning and ruled over Qatar. While some came really late in the recent times in Qatar after it would advance a lot in many fields and became a developed countries like Al-Shobat, who came over to Qatar only 40 years ago. 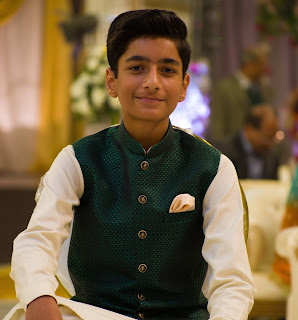