Different managers define Leadership differently but they all have strong similarities in all the definitions. The term leadership can be used in several ways and the important aspects within the term differ from one organization to another. For example in the nursing and healthcare community, Leadership is a very important attribute of the nursing manager. It is the ability of a nursing manager to control and help her followers towards a certain goal. Leadership as a term has been widely discussed in many theories, amongst which the theories of Transformational Leadership and the Emotional Intelligence. Both of them can be applied in the community of nursing to improve and enhance the concept of leadership in nursing. Nursing managers can rely on such scientific studies to help in reducing the continuous loss of nurses that started to happen lately due to insufficient leadership skills by nursing managers.

There are many theories in leadership applied in nursing and healthcare community include the theory of "Emotional Intelligence" and the theory of "Transformational Leadership". Firstly, the theory of Emotional Intelligence appeared when Salovey and Mayer published two articles, in which they discussed the possibility of their being some people who reasoned with their emotions and depended mostly on them. Later this was described by their colleagues as the “ability to understand accurately, evaluate and express emotions”. The idea of Emotional Intelligence discussed back then explained four important skills that should exist in an emotionally intelligent manager.
The first skill is the manager’s ability to identify emotions in themselves and other people. The second skill is the manager`s ability to perform emotional acts that assist the intellectual processing. The third skill is the ability to make use of the understanding of the emotional knowledge within a person and the ability to infer the meaning behind emotions. The fourth and final skill is the conscious instructions of emotions to make use of the increase in emotion to support intellectual growth.

Away from the Emotional Intelligence theory, the theory or Transformational Leadership (TL) was also applied to the healthcare community. Transformational theory discusses the concept of one leader turning their followers to leaders. It depends mostly on constant feedback, motivation and self- evaluation. TL behaviors as mentioned by various researchers can be described as behaviors that inspire other to strive for a certain goal and stimulate a shared vision between the manager and his staff.

How Emotional Intelligence Can Improve Healthcare:

When used by a nursing manager in a hospital the Emotional Intelligence theory can help leaders to change and improve their teamwork and healthcare. After undergoing EI training, nursing managers experience a change in their behaviors over time and they become able to recognize emotional aspects within other people. They also improve their emotional and social skills and that increases their effectiveness within a hospital and increases their ability to work in a team and lead it and. Thus, an improvement of the level of healthcare within a hospital would happen.

Nursing managers face a lot of difficulties during their work. One these obstacles is the fact that the amount of nurses, who leave the industry is increasing yearly and there are no enough staff to do the job of a nurse leadership role. Moreover, there is no appreciation for the current working staff they have. They should be connected with emotionally in order to prevent any more staff loss from occurring in the industry. Another challenge that nursing managers face is motivating their staff to work harder and inspiring a common vision inside them. Nursing managers also have to deal with having a conflict of leaders as their duties affect many other duties. Nursing managers have to evaluate other nurses and give them feedback about their performances and if a performance appears to be poor their role includes working with the person responsible for the performance to improve it and motivate them.

Right now, Less than 12.5% of the amount of nurses around the world seek leadership roles, the main reasons for that lack of interest are all probably psychological and emotional reasons so all goes back to the emotional intelligence theory discussed in the two articles discussed above. With good Emotional Intelligence, all those reasons could be solved and the amount of nurses and nursing managers could increase. The Emotional Intelligence theory is an essential concept when dealing with conflict in a workplace; it is also a very important concept that can help an adequate manager find intelligent solutions for complex workplace problems. Also, it is a theory that doesn`t depends on inner talents within a human being, but it is learned and can be developed to achieve outstanding performance and Emotional Intelligence training programs must be held and focused upon to increase the skills and values of nurses and nursing managers.

In conclusion, nursing managers face a lot of problems in their work however all their problems could be solved using good leadership skills and good understanding of their staff. To achieve a good understanding of a staff member Emotional Intelligence is a needed concept for the manager because it allows them to understand what their staff feels and what they think about and gives them the insight to infer what they should do. Emotional Intelligence is thus a very important leadership theory that all hospitals should apply and nurses should be trained upon. 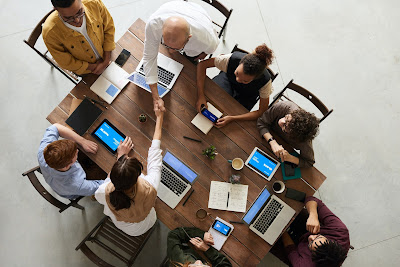