Internet in general and social media in particular, changed the world and made it small village. Thus, there are various types of social media that turned long distances among people to be closer and more interrelated. In fact, social media and internet websites are very effective inventions that make people more connected and can communicate easily. Social media managed to overcome barriers between people and make them able to transfer and exchange cultures, traditions and feelings without the need to moving from a country to another. That`s why, people prefer to log in their accounts daily to know new things like, global news as well as posting status and photos. The invention of social media manage to affect people positively as it maintained them to share and exchange knowledge and experience easily; however, it sometimes affects people negatively and ruins their life. Social media makes the world faster than before as it made the world small place. People can do work online, chat with friends and spend nice time through using social media.

Benefit #1: The Importance of Social Media:

All what you need is only one click on your phone and you become able to see the whole world inside your home. Furthermore, social media empower users to make face to face conversations and chats that enhance the relations and bonds among people. Most people get positive feelings from the use of social media as they feel confident and become able to defeat their shyness. Social media and internet can connect people more than before and making the world smaller. People can communicate and interact with each other from various placed in the world. Moreover, they can exchange their culture and knowledge. Also, companies these days can market their products online on social media websites.

Benefit #2: Connecting the Whole World All the Time:

Before social media, hearing a good or bad event that happened in a friend`s life was a rarity. Life didn`t allow people to stay connected all the time and losing contact was only a matter of time after college. However, with the emergence of social media and networking sites along with smart phones and android devices, social media helped people stay connected together and even made the world we live in a much smaller world.
Since smart phones stay connected all day long on the different platforms you are signed into, it makes it easier for you and for the people who want to connect with you to reply and interact with you easily. Social media allows you to interact with people using photos, stories and even videos, it gives you a chance to interact and make conversations with your family, your friends and sometimes even people who are not family or friends but share a certain interest with you.
While there are complaints that some people get addicted to social media enough to lose themselves in it for hours and stop living their lives, social media still holds more advantages than disadvantages. You could have followers whom you don`t know on twitter for example and what you write or post affects their life. When you find a post written by a stranger online and you read it and agree with it , that is one degree of connection between you and that person. Thus, social media connects even more than just people it connects ideas and minds too. In a study that was performed by ComScore in 2012, about 1.2 billion users around the world used social media which means that social media connects about 82% of the world`s population. As a result, the study proved that one minute in every five minutes is now spent on a social networking website like Facebook or twitter.

The recent developments and inventions in technology paved the way for people to connect with each other more and make new international relationships through using their phones or computers and become able to exchange knowledge. As a matter of fact, social media are considered the most effective method for communication throughout the world. The use of social media in the Gulf Region is expanded according to the widespread of knowledge and information. People tend to spend most of their time using social media websites and become able to share nice moments online.
According to Vannin (2014, P 1) social media has increased the awareness of people and taught them remarkable knowledge. In other words, people learn various things when they use social media and get the chance to visit and explore new places without moving from their houses. Therefore, social media enables people to see the world and know many things easily and rapidly. By the use of Google, the most famous internet website, people become able to find anything they want. People make shopping online, chat, learn, read, watch movies and contribute in events. All of these stuff and more people are doing online daily and simply without exerting any efforts.

Social media holds communicative values between people all over the world. Not only can you connect with people who live with you inside your country through social media, you can also connect with people who live in other countries through social media. A study that was connected on the distance between two people has recently proved that the degree of separation that is normally known as 6 between two people has decreased using social media networks to become only 4.74 for the people living away from each other and 3.74 for people living in the same country. Facebook wrote about this issue in their blog saying that even the most distant Facebook user in Siberian tundra has a friend near you or probably you know a friend of their friends. Thus, Facebook connects people in different cultures and through different methods.
People frequently use information and resources from their contact on social media, when you fall into a pinch a small status on Facebook asking for a website or some information about a certain issue can sometimes give you the knowledge you need and save your day. There are also social networks that exist only for reading and learning, some social networks like Dwibbles uses features that trace what you read and your interests and show you only that which will interest you and nothing more. Websites like that gives a person a chance to learn and read even on his phone or while on the way somewhere and they are very useful to people.
A network like YouTube for example can be used both for entertainment`s sake and for knowledge sake. On YouTube you can upload tutorials or documentaries and you will find people search for knowledge in certain types of videos; on the other hand, there are also people who use sites like YouTube to watch a comedy show or listen to a song. Social networks gives you a way to use your talents to make a real difference in the world and enjoy making a difference in other people`s life.
A recent study is done by Nielsen about the state of social media. It provides clear statistics about the use of social media in various countries around the world. Facebook was always one of the top three website and YouTube was always amongst the top 10. With various people from various countries existing inside all the different social networks connections between the different users of course will mean connecting different cultures together and connecting different cultures together means a more globalized world.

From the beginning of life, people tend to share their knowledge and experiences through travelling and moving from place to another. Life urges people to investigate more in different fields and transfer their cultures and customs to dissimilar nations. The invention of social media has overcome the world and prevailed in every single region. Social media managed to attract the attention of not only people but also great organizations and investors to make profits from the extensive use of social media.
Social media are not restricted in a specific kind of websites or technology as they include television programs, mobile phones in addition to internet websites. Therefore, the major internet websites that are considered leader examples of social media and people tend to use them daily and make accounts via them are; Facebook, Twitter, Whatsapp, Skype, Hotmail, Gmail, Yahoo and many other websites.

Benefit #6: Social Media Is Used by Companies For Marketing:

Social media and networks has great effects on people`s as well as organizations. Through social media, great companies use their websites to publish their products and influence people to buy and use their services. Stakeholders and companies take advantage from people`s overuse to social media websites. Social media websites connect people all over the world as they empower them to get what they want from their homes and take part in business, social life and knowing new traditions.
Social media can help a company become a leader in its field through sharing and posting the latest discoveries of the company, companies’ beliefs and the good things that the company can do. If everyone in the business used reusable bags or sold safe materials only to people. If a company exists that uses only certain types of methods in its business and that company spread the awareness of why they do that on social media, imagine how many companies would try to do the same thing in order to follow that company or compete with it. In that case, that company creates an example to other companies and leads the others to follow it.
Marketing products and idea online is not the only means of doing business online; law firms have recently started using social media as well. They use it to connect with clients and to give people an idea about their work and their specializations. The usage of social media in Litigation started first in the united states as it`s the base of social media in general but recently the UK is slowly catching up on the practice.
While the usage of social network in Litigation will definitely not stop, questions about whether it`s alright for a lawyer to add a client on his Facebook account have recently started to arise especially since a relationship between a lawyer and a client has to remain professional all the way throughout their interaction. Social media has also been used by courts to determine financial evidences in divorce cases and sometimes Forensic accountants are employed by the court to try and find financial evidence in debtor-creditor disputes using social media and other resources as well.

In conclusion, Social media has a lot of benefits on normal people and on organizations as well. On normal people, social media allows people to connect with each other even if their life is busy, it gives relatives a chance to stay connected even if living away from each other and allows friends to know what`s happening in each other`s life. Social media also give people a chance to connect with others all over the world; it provides people with various means to connect together and gives people a chance to create friendship with different people from different cultures. Some social media websites allows people to read and gain knowledge from them and those website helps in developing a person greatly. Also social media can be used in business. You can easily market your product online using social media. You can also market your vision, services and even gain contact with your clients and get feedbacks from them. Through social media companies can market good ideas and lead industries, they can help spread good knowledge and provide a good example for others in their field. 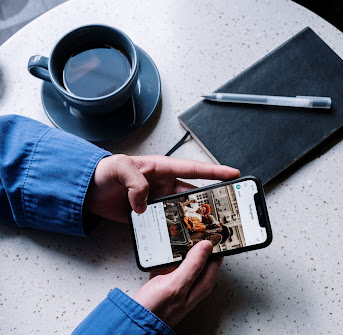