Summary of What Is Black Beauty?

The story of the “Black Beauty” speaks of the life of a little newborn horse whose name is Black Beauty due to his dark, shiny black color. He had one white foot and a white star on his forehead. Black Beauty the horse is the narrator of his story. At first, he described the place where he was born in beside his mother and in wide green fields around him everywhere. He loved his mother very much and listened to her advices. She said to him to never kick or bite anyone and to be gentle to all people as well as obey the masters.

Black Beauty is a kind, smart and lovely horse whose master and mother both loved. Black beauty described the kind way his master used with him to train him. It was by putting the saddle for the first time gently before fixing the straps under his body, and finally fixing metal shoes on to each hoof. Mr. Gordon was the Black Beauty’s kind master.
In his stable, Black Beauty met new Friends whose names was Merryleges, Ginger, and Sir Oliver. Merryleges was the fat beautiful bony which Mr. Gordon’s lady like to ride. Ginger was the mistreated horse in the past. Sir Oliver was the old gentle horse, which had a short tail due to the past masters mistreatment for the horses as they thought that they should cut the tails for the fashion style.
John and James were the grooms of the stable. John has been in the stable for fourteen years and the best groom the horses had ever seen. While James was the stable boy who was too the kind person to the horse and caring for all horses.

Ginger Behavior towards His Master Summary:

During "Black Beauty" story, the narrator revealed the reason for the rough way of Ginger towards people. This was due to the mistreatment of the other masters to her before she came to the good master, Mr. Gordon and his stable staff. Moreover, the narrator described the cruelty of the owners of horses through the story of Sir. Oliver whose old masters cutting his tail in order to be a fashioned horse. Further story, which was later discovered by the Black Beauty, was the death of his brother in the hunting trip while he was young and he knew why his mother at that day was not unhappy.

The next part of "Black Beauty" story discusses the loyalty of the animals to their masters that seems to be more than in humans. This is shown in this part, through the hard storm which encountered by John, the black beauty and his master. Through their journey on the road, there was a bridge that seemed to be fine for John and the master to move on. Yet the black beauty refused to pass it over because he felt something wrong in such a bridge.
Then, the master and John discovered that black beauty was right in his decision when a man said that this bridge is dangerous because it was broken. This shows the loyalty of black beauty in saving his master’s life. Moreover, the animals appeared to be smarter than humans. This was shown in the scene of the fire, when someone dropped his pipe on the land of the stable that led to a huge fire. This fire was firstly discovered by the sense of the horses, as they started to move worriedly and crying for their grooms. This helped in realizing the fire and saving the lives of the people as well as the horses.

A Job Offer For James Summary:

In this part, there was a job offer that came to James and made him leave the stable where black beauty was there. Joe Green is a new assistant for John, as he was a boy about fourteen years old. He was a well-learned boy, but he made one mistake with black beauty when he uncovered black beauty after the hard journey to get the doctor for the mistress.
Moreover, he drunk black beauty a cold water instead of a warm one that made him shacked all night and became very ill. This made John shouted him due to his bad deed. After this night, the young boy was so sad and refused to eat because he was so scared that the horse might be dying.

At the last scene in this part of "Black Beauty" story, the mistress was so sick that made the doctor advised her to leave this place and travel somewhere else. This led to sell the horses including the black beauty, which was sold to Lord Grey with Ginger. In this place, the mistress was a hard woman who wanted her horses’ head to be raised up as for fashion style. This led black beauty and Ginger to hard pain. Ginger started to kick them due to her hard pain.
After that, the story of the Black Beauty talked about the journey of the horse that he passed through from one owner to another. Some of the owners were good and gentle to black beauty and others were not. The first chapter of this part of the story shown the accident that happened to the daughter of his masters when the horse, which she rode it, pulled her into the ground and made her could not talk and her face turned to be white. It also shows the brave attitude of the black beauty when he ran after her to rescue her.

Finally, he was sold to a kind, gentle cap driver whose name is Jerry. This man treated the black beauty in a good way as he and his children cared about him. Sometimes Jerry refused to allow people to ride his cap, because they wanted him to accelerate the speed of his horse in order to reach their destination, as they was late. This made the other cap drivers made fun of him and said that he would never be a rich man because he refused the money from people.
At the end of this part of the story, Jerry found a woman who carried a child and looked so tired and worried, he asked her if he could help her. She also said that she wants to reach a destination, but she did not have enough money to pay for him and then she refused to ride the cap. Jerry was a good man he offered her to ride the cape and to drive her to her destination without money because he saw that he had a wife and children and it would be a shame if he did not drive a woman to her destination due to her lack of money.

The last part focused on hard times, which black beauty passed through it. After the bad health condition that Jerry has reached, no one was able to work and earn money for the rest of the family which led to sold black beauty. The horse went to many cab drivers. Some of them were good and others were bad. Black beauty was owned to a cab driver whose groom treated the black beauty in a very bad way. He whipped him by a thing that ends with a sharp part that made the black beauty bleed all the time.
Additionally, one day the driver accepted to ride a family with large heavy luggage. These heavy masses made the black beauty fallen on the land that made other people said that he was dead. This time the black beauty hoped to be dead as Ginger has said before. After that, a doctor came and gave him some bills and he started to move up again. He went to the stable and after the doctor came to treat him, he said that this horse was too tired to work again and he should have a rest. These words did not please the owner of the horse, which made him sold the black beauty again in the market of the horses. 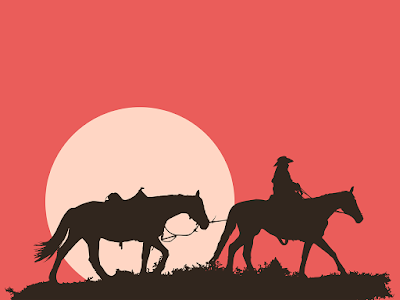