Since long ago, breastfeeding and bottle feeding has been connected to human health. In the US recently, studies showed that the amount of obesity in children after the age of 5 has increased and over 10 % of the amount of toddlers in the country are practically overweight. There are many interests that surround the connection between breastfeeding, bottle feeding and obesity recently. The causes of the latest increase in obesity are said to be the type of milk children are fed as babies, the methods used to feed them or the bottles used in the process of feeding. To determine the effects of each of the previous factors studies were conducted on the effect of both bottle feeding and breast feeding on toddlers weight and the aftermath of both on children a couple of years old. Also studies were conducted on the effects of bottle feeding and if the type of bottle used in the feeding process affects the behavior and the weight of the baby or not.

Recent researches connected low obesity rate with the protective effect that breastfeeding supposedly gives to children against obesity. It causes about 10-30% reduction in the risk of obesity. Some researchers connect behavior mechanism of children to obesity rate and so some researchers conducted a research with the aim of evaluating the hypothesis that says that feeding human milk from the breast directly when compared with bottle feeding is greatly associated with a child’s appetite later on and his behavior and growth.
According to DiSatis, (2011), P. 3, to perform this research researchers tried to collect a group of mothers of 3-6 years old children who`d breast fed their children all their childhood and others who were currently breastfeeding their children and a sample of bottle fed children, researchers gathered the information they need through testing, measurements and questionnaires. The results of their research showed that direct breast feeding in fact allowed for a better appetite in children which in fact does not reduce the obesity rate in children and on the opposite to the common believe.
Bottle breastfeeding in fact give a 67% less chance of satiety responsiveness. Children who were fed human milk in a bottle when grown up tend to have less appetite than those who got used to drinking milk directly from their mother. However when examining the connection between direct breast feeding and the behaviors surrounding the process of breastfeeding and it`s relation to children appetite researchers concluded the bottle feeding gives the mother a cue about how much milk was consumed by the child and thus it gives the mother more information about the child`s appetite than breastfeeding does.

A group of researchers tried to understand whether the design of the feeding bottle for the babies affect their milk intake or not and if that affects their appetite and their behavioral aspects like fussing, cooing, crying and so on. According to Fewtrell, (2012) P. 4, in order to understand if there is a difference a group of 63 babies and their mothers were gathered for an experiment and they were given both the vacuum bottles and the normal bottles to use according to a certain program. Researchers found out from the results of the program that the type of bottle doesn`t really have an effect on a child’s growth or intake of milk and it also doesn`t affect a child’s behavior or crying tendencies. In fact 30% of the babies cried daily and they were faced with the very same problems in both samples of the experiment, the ones who use the vacuum type and the ones who use the normal types.

In conclusion, researchers have been trying to speculate the reason for the increased amount of obesity in kids; however, so far they have been unable to find the right reason for that. To try and understand the reason of the differences in weight between kids and infants and the increased rates of obesity between some of them without others, researchers have conducted experiments in comparing various methods of feeding and tried to understand how each method affect children. They found out that breast feeding tends to not allow the mothers to control the amount their kids drink and so mothers cannot control their kids appetite they also found out that kids who use formulas tend to gain weight quickly after one year though they are normally the same weight as breastfed kids during the first 12 months. Researchers also found out that the type of bottle used in feeding doesn`t produce a difference in the appetite or behavior of kids. Further research seems to still be needed on the topic; however, so far the main reason behind obesity in children is still not obvious to researchers till now. 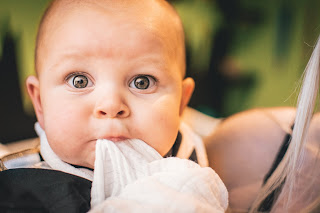