Difference between Islamic and Conventional Banking

Banks are very good indicators of the economy and they are the main pillar behind determining the movement of financial transaction and capital movement according to the amount of cash flow. Banks in general are divided into two type, Conventional banks and Islamic banks. This study will discuss the differences in performance between the two types of banks and the advantages and disadvantages behind each type taking in mind all types of different transactions done in both banks. This subject is very important as there has been proof in recent studies that people especially in Arabian countries are starting to believe that using Islamic banks is more beneficial for them as they follow certain Islamic rules.

Islamic banks are defined as banks that follow the Shariah law of Islam in all its transactions be it finance, bank services or investments. The activities of Islamic banks just like any financial institution is followed and monitored by the central bank and it follows the Shariah law in all its transactions be it financial investments or Islamic “Sakk” legal instruments. Inside Islamic banks there is always a committee for Fatwa that consists of a group of scholars of Shariah who handle all the legal transactions decisions of the bank.

The World Bank term comes from an Italian origin “Banc” which means the place in which people exchange and trade money. A bank in its conventional definition is nothing but a financial middle man between the different deposit owners, those who offer the capital and those who need capitals for their projects.

Differences between Conventional and Islamic Banks:

In general there are various differences between the two types of banks and a very well-known difference is in the way a conventional bank and an Islamic bank handle finance whether on a personal level or an organizational level. Islamic banks have more than one system in financing projects. Whether using Musharkah or Murabha or other financial methods the main aim behind the Islamic banks system is to allow the people to gain profits regardless of whether the bank will gain profit or not. Islamic banks also keep the interests stable when it comes to giving loans to people as they consider raising the interest “Reba” which is something Islam doesn`t believe in. That`s why, this essay will discuss the methods of both the conventional banks and the Islamic banks and the differences in performances between both banks.

Conventional banks depends mostly on the process of providing finance for individuals or providing funding for companies working to meet the needs of consumers or companies in need of finance. However, the finance or funding conventional banks to clients is based upon a fixed interest rate that increases based upon the competition rate between all the banks.
On one hand Islamic banks depend on an unstable interest rate while on the other hand an Islamic bank depend on two types of transactions and mostly has a stable interest rate. The two types of transactions of Islamic bank include Murabha and Musharkah. Mursharkah is a process in which the bank enters the financial transaction as a partner and profit is divided between the bank and the client, the bank in this case takes part in both profits and loses. On the other hand Murabha is the selling process in which the cost of a commodity and the amount of profit is already charged in advance. The bank in this case discloses the cost and the amount of profit to the client and charges a stable rate of interest that the client has to pay monthly.

According to that, when it comes to transparency, conventional banks are more transparent and more flexible in its transactions, conventional banks allows the client to cancel all interest and stop the monthly payment in case of early cash payment and that means that the rest of the loan will not be charged with interest as it was already paid before time.

Another obvious difference between Islamic banks and conventional banks is the total division between the money of the clients and the money of the loaner. In conventional banks, banks play the role of the middle man between the depositor and the loaner while making use of the differences in interests between the deposit and the loan. On the other hand, Islamic banks prevent interests in general and never allows it as it is Haram in Islam and so the bank itself enter the equation as a participant in the financial transactions and the depositor and the loaner both get take part in every transactions that happens inside the bank.

one of the disadvantages of Islamic banks is that in general they are banks that control the use of its resources and in general all the transactions that happen inside the bank are long term transactions that can`t be cancelled in the middle. Conventional banks on the other hand, can perform activities that are more flexible and more influential that actually increase the circulation of the deposits inside it in a way that allows it to achieve the best financial benefits. That leads the bank to a better use for the capital resources inside it and that results in a better performance for the bank.
Conventional banks and Islamic banks are always competing with each other. That`s why conventional banks always try to add more services to its systems and innovate and create new ideas to its clients that covers all their needs. That can all happen through perfect utilization of resources and bettering the performances of the staff inside the bank. Conventional banks are more capable of providing capital to its client and that goes back to the fact that all its transactions unlike Islamic banks are short termed transactions also Islamic banks don`t follow fixed rules or financial plans when it comes to financial loans and that doesn`t allow it to have a clear idea about the amount of liquid funds it has.
Although Islamic banks are always exposed to doubt and criticism from various people and financial institutions their stocks in fact remain strong in the market and are always subjected to strong competition from the other banks. A lot of experts around the world currently expect immense growth in the market for Islamic bank. Islamic banks are expected to develop and spread around the world. Islamic banks and conventional banks both differs in the way they operate and perform the different task and even in the way they name the different transactions that takes place inside both of them.

Mudarabah is a special type of Partnership between two people, one provides the money (main investments), and he is called the investor or rabb-ul-maal, and the other provides management skills and hard work and, he is called Mudarib .The investor`s role is that of the money provider and he cannot interfere in managing the business while the Mudarib`s role is that of a business manager and he deals with all the ins and outs of the business. Both the investor and the Mudarib agree in advance on a certain profit ratio for both parties and they both abide by their ratios whether the amount of profit increased or decreased.

The client in Murabha`s case enters the bank to buy a certain type of product and the bank helps the client reach his final aim and sets a stable rate of interest for the client.

Deposits are collected from people who are saving money or from large institutions keeping liquid capital inside the bank for its transactions. The agreement of reward for deposits under a conventional bank is fixed for the clients and that means that a client gains a certain type of profit on his money as long as he keeps his money inside the bank. However, on the other hand since deposits in Islamic banks are used in the transactions of the banks the reward level is variable and unstable and to some people that may cause anxiety as to what will happen if the bank lost a lot of money in one of his transactions.

Conventional banks offer their customers the ability to overdraw from their accounts using credit cards and following a certain interest rate on the amount that was overdrawn. Overdrawing from the accounts means that a client can withdraw more than what his account holds or right from the bank as debt and return the amount back with a certain interest rate added to it. An Islamic bank considers that another type of Reba and thus forbids it while conventional banks offer it to their clients as one of its services.

Small loans are a form of finance that only conventional banks offer to its clients. Some conventional banks offer its clients small loans with a certain type of guarantee those loans are mostly not used by the clients for investments sake but more for a necessities sake. Small loans include loans that cover buying a house, a car or an important commodity that the client needs. Small loans are usually paid in installments with interests the same way normal loans work and are normally given to government workers or someone who can bring a guarantee from his workplace that he will pay the loan on time.

All the previous points show that whatever the type is a bank participates in the profit of the projects it finances one way or another and sets interests on its transactions one way or another. The differences in the performances between the two is that Islamic banks work using Murabha (which is reselling a product to the client) and Musharakah (which is entering the project as a partner) as the main financial methods inside them so it`s rate of profit is unstable, however, conventional banks generate profits no matter what using a constant interest rate and that allows it to gain profit more than Islamic banks.
The main disadvantage behind the conventional banks is the increasing amount of interest rate that the bank adds on its client’s transactions and loans which is the main reason that makes conventional banks fear Islamic banks and stay in competition with it. Because if successfully Islamic banks can gain the trust of the client of conventional banks and develops really quickly. Islamic banks tend to share the profit and loss with its clients which might sound more transparent to some people. 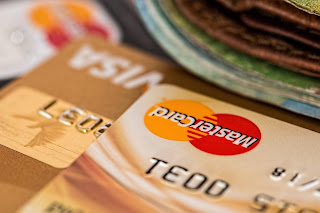