What Is The Meaning of Crime:

Crime means any illegal acts that come against the laws, traditions, morals and even customs of the state. Any aberration movement out of the collective principles and standard factors of the society is considered also a crime. There are many types of crimes that may lead to the destruction of the society for instance; murdering, robbery, kidnapping, rapes and any kind of violence against innocent people. Thus there are many causes of crimes such as bad family conditions, the spread of drugs, and poverty.

Family conditions can lead to high crime rates. The social principles are considered group of conditions that surround the person and distinct him/her from other people. Family conditions are the major factors that participate in upbringing youth as they have huge impacts on them. Family is the first educational association that receives the kid since day one. Most families also do their best in training their kids to be good people and avoid any divergence from the beliefs of the society.

Drugs may be one of causes for high crimes rate. Drugs trade is the most dangerous trade inside the society for all human societies. Nearly all countries prohibit drugs trade and its cultivation. Drugs decreases the human ability to be aware of what is happening in addition to it makes them lose control over their wills; as the addicted people become unable to sustain their desires and attitudes that lead them to use violence, disrespect regulations or committee a crime. As matter of fact there is a relationship between drugs and crimes as the number of crimes increases as a result of the escalating numbers of drugs trade. Addicted people go to committee crimes in order to satisfy their needs for drugs in case they don`t have enough money for purchasing their required demands of drugs.

Poverty is considered an essential indicator for shaping the state of many societies especially in the developing countries. Poor financial conditions, inflation and recession all of these factors lead to the upraising of the state of poverty inside many countries. Whereas people get low incomes that can`t satisfy their basic need for food or clothes; these poor people try to find another methods to get money. They may accept bribes, thefts, fraud, cheating and hanky-panky acts in order to gain money. None can doubt that poverty is considered an immense barrier for most countries in their way to put an end for crimes.

To conclude, crime is a big problem threats people`s safety and stability. Any unlawful movement that does not correspond with the laws, beliefs, traditions is considered a crime. There are many causes of crimes for example, bad family conditions, drugs and poverty. 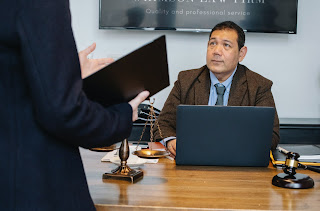