Who Is Rene Descartes?

For the method that Descartes used, the famous scientist has relied on doubt in philosophy in order to reach certainty. Descartes did not aim at doubt, but he relied on it in order to be impartial in the results he reaches. Descartes has clarified that nearly all beliefs of people could be wrong and this can be proved through doubt. Doubt and inquiry were the approaches which Rene Descartes followed in order to prove his theory. Rene Descartes started his discourse on method through many instructions such as "accepting nothing as true", "dividing each difficulty", "carrying on his reflections", and "making enumerations so complete with a review" (Wolf, 2014, P. 48).

1- The Argument of Sense:

Rene Descartes reached certainty through three arguments. The first argument is called the argument of senses. In this argument, Descartes has said that "these senses are deceptive" and could be mistaken and it is wiser not to completely trust any deceptive thing (Wolf, 2014, P. 53). He has illustrated that they would misguide or mislead any human. To prove this result that he reached, Descartes said that one sees the sun so small with his eyes, while it is in fact very big. He then did not have any confidence at senses as a source of any knowledge.

2- The Argument of Dreaming:

The second argument that Descartes had was related to dreaming. Descartes has said that in dreams, individuals could see anything, thinking that he is not in a dream but in reality. He has clarified that "he had the habit of sleeping" and he was always watching himself "in a particular place beside a fire in a staying position on many dreams, wearing a heavy coat but in reality he was just dreaming and there was not any fire or coat (Wolf, 2014, P. 53).

3- The Argument of Demon:

The last argument of Descartes was related to the demon. Descartes has said that a sophisticated, clever and cunning creature may have tricked him and changing facts. He clarified that this creature might be a demon. He has said that this demon changed facts and might have deceived him in things such as addition because demon might be "tricking me into thinking that two plus two is four when really it is five" (Wolf, 2014, P. 50).

Finally, Descartes was born in 1596 and he has died in 1650. Descartes was genius that he could combine and unify philosophy, physics, and mathematics. In spite of the creation and the innovation of Descartes, his thoughts contained some problems. He has proven to experiment as a way of knowing facts and not establishing them as a mean of knowledge. Moreover, he did not doubt the sanity of his mind. 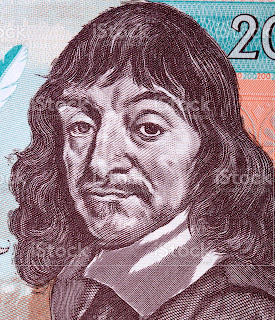