The human`s body is normally made of millions and millions of cells and they all need energy to function and allow the human to move. When we eat the food we eat gets turned into sugar “glucose”. Glucose gets carried through the cells and then through the bloodstream of the person, it`s an essential substance inside the human`s body. In order to allow glucose to enter the cells, the cells must have enough receptor and insulin to produce energy.
Diabetes is normally called diabetes mellitus by doctors. It occurs when the body cannot get enough glucose to produce energy. It defines two types of metabolic diseases in which the patient gets high blood sugar in his blood. Patients of Diabetes normally get numbness, increased urination and unhealed wounds. There are two types of diabetes in the world. The first type is the “diabetes mellitus type 1” in which the immune system of a person attacks the cells that produces glucose inside the body. The second type is “diabetes mellitus type 2” it occurs because of the lifestyle factor of a person and also because of hereditary factors that occurs in the blood cells.

The causes for diabetes differ according to your genetic makeup and family history. Causes for the disease differ a lot from one person to another and from one type to another. For example; the reason behind type one of diabetes is hard to identify however some of the following causes might be the reason
1- Bacterial infection or a type of virus that appears in the body.
2- Chemical toxins found in the food.
3- Anything that causes autoimmune reaction.
The causes behind type two, on the other hand, are identifiable though they are all not caused by the same thing. Type two depends mostly on a person`s lifestyle and family history, factors that affect the appearance of the disease in such cases include; obesity, living a sedentary lifestyle, being old and bad diet.
Other causes are hereditary causes; a child can get the disease from either his mother or father right after birth because they both or one of them has type 2 diabetes. Sometimes it`s hard to identify the main cause behind diabetes as it could also appear in someone with nothing of the causes mentioned before, it could appear suddenly in some people because of age or a malfunction in one of the body`s systems.

Diabetes normally appears in certain types of people. People with a family history of diabetes, overweight people, people who suffer from polycystic syndrome, pregnant women who carry very large babies that could weight over 9lb, people with wrong lifestyles, obese people, people with immune system problems and people who have diseases that affect the immune system inside their body. All these people need to follow certain treatments and recommendations in order control the blood sugar inside the body and avoid some of the bad effects that the disease causes to the body.

Normally when a person is diagnosed with either types of diabetes they need to take care of their nutrition, physical activities and medications. For nutrition a person with diabetes need to be aware of the amount they eat and when do they eat it, they need to develop a healthy meal plan that fits their life style and try their best to lose weight to avoid complications.
For physical activities, diabetic people tend to be vulnerable to complications like heart diseases and blood pressure that`s why they need a balanced exercise regime to strengthen their body and lose weight effectively.
The final and most important step in treating diabetes is the medication step. Doctors may give have to give medicine beside the exercises and healthy eating plans, those medicines normally help in controlling the amount of sugar in the blood. Certain cases might even require insulin injections in order to control the blood sugar inside the body.

Diabetes is a very dangerous disease that affects the body greatly and reduces the amount of energy that the body gets. It is a disease that can affect almost all the systems inside the body and should not be left alone if discovered. If a person discovers they already have the disease they need to manage their eating habits, lose weight and exercised regularly. They also need to follow up with a doctor and take the medications a doctor prescribes to them those might include normal tablets to control the blood sugar or insulin injections that does the same thing but are mostly use on people with very high blood sugar levels. 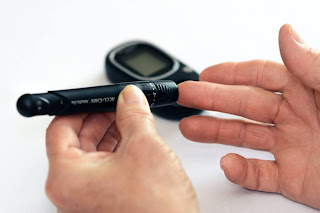