The woman is the most essential part in the community. She is the mother of all humanity. Therefore, communities as well as religions honor, respect, and put her in a high level for her great role. When we say the word “Woman”, many meanings come to our mind. The word woman means mother, sister, friend, and wife. According to (Angha, no. d., P.4) the woman before Islam was oppressed and not having any freedom of choice. These meanings show that woman plays many different roles in the society that make her the part that no one can imagine the life without her existence. For that, all kinds of religions respect and value the role of woman in all fields in the communities. However, there are some differences between women in the Islamic communities and women in the west communities. These differentiations come from the varying views of communities towards the woman. Yet, woman in all religions is honored and respected by God and he orders us to respect. This essay is going to show the differences between the Muslim woman and the Woman in the West.

Rights for Both Women

1- Islam and Giving the Muslim Woman Her Rights

According to many stories in the Quran about woman and her role through many decades, Islam honors the Muslim woman and gives her full rights to thanks her for her great role in the society. In the Quran, God tells us the story of Adam and Eve to reveal the equality between them and to show the humanity that woman and man are on the same level. This is shown in “min nafsin wahida”, that means that both Adam and Eve are created from a single soul for equality which is one of her own rights. Education is the most important feature that Islam stimulates woman and man to bear it. “The pursuit of knowledge is a duty of every Muslim, man and woman”, said Prophet Muhammad (PBUH), this means that Islam orders woman to educate in order to teach her children and benefits her society. The educated woman invests her education and culture in her children (Carter, 2013, P.6). Furthermore, Islam honors woman be saying “Paradise lies under the feet of mothers”, it means that God orders all the humanity to respect her role of giving birth to children, educate them and support the man in his life as well as society too.
Moreover, Islam gives woman her right to sell and buy properties, own business, take legal actions, vote, marry the person she loves and participate in political affairs. This is apparent in a story about the prophet Mohamed when he invalidated the marriage of a girl married without her consent (Bager, 2015, P.6). Moreover, God has put the law of inheritance according to the woman to illustrate her right in this law, which is woman inherits half the share of her brother and if she cannot afford herself, her brother should support her in all ways of life. Islam also respects the opinion of the woman in marriage, it is narrated that when Amir al momenin Ali asked for Fatima’s hand in marriage, the Prophet (PBUH) did not respond until he asked Fatima for her decision. All these laws, which made by God show how Islam honors, respects and gives rights to the woman.

2- Ways That the Western Women Get Their Rights

On the other hand, the western woman has her own rights too. Yet, the Bible has been the religious book that honor and respect the woman in all fields of life. However, Western community does not give her own full rights and the respect that she needs for her role in life and society. According to (Theutryorg, no. d., P.1) the western woman had struggled a lot to get the least of her rights. In addition, Woman in the Western societies still exposes violence, inequality of education and political affairs. These bad aspects of life upon Western woman lead her to be independent and sometimes give up on some of her own rights. However, the woman struggles for many years for her own rights. Woman makes many reports, demonstrations, and organizations for woman to show the role of woman in the society and how woman should be respected as she is the important half of the community. From these movements that held in the Western society is “The Suffrage Movement” which began in 1869, to reveal the role of woman and to have the rights of her. It also addresses the woman’s right at home, at work, and in the community. Because of these movements, woman somehow obtains some of her rights, yet she still struggle to obtain all her rights and respect from the community for her. Moreover, she wants to emphasize on her important role in the community.

1- The Muslim Woman Has Chastity, Respect and Moderation in Clothes

As Islam respects the woman and gives her rights, it also protects her from the wildness of the world through chastity and moderation in clothes. Islam respects the woman mentally and physically, and protects her through its laws because Quran sees that woman is a precious human that should be protected. God creates woman as a beautiful creature that should be covered in order not to expose difficulties in life. God also orders the woman to wear moderate clothes that should not be transparent or very tight. However, clothes should be beautiful to make the woman likes what she wears.

2- The Western Women Ways of Clothing

3- Clothing Culture Sources for the Muslim and Western Women

These differences depend on the culture of each society. The Muslim society follows the laws of God, which respect and protect the woman from the harshness of life and the gaze of the man on the body of the woman. In the Islamic society the woman should wears moderate clothes that make her walk without obtaining any harassment. The clothes in the Islamic society depend on the manners of the woman and the way the man can ask for her hands for marriage. On the other hand, the culture of the Western society does not respect the body of the woman as it sees that it is the woman’s freedom to wear what she wants. This way of clothes makes the Western woman exposes for many harassments and much violence.

In the Islamic world, the Quran is the only reference for the woman to search for her own rights and to follow the laws of God for her. Therefore, Quran orders the woman to protect herself by wearing customs that should not be transparence or so tight. Moreover, it orders her to reserve her traditions and gather her family as she always plays the role of the mother in the society. As well as religion controls woman’s behavior as religion has a prominent role in the culture of the Arabs (Main, no d., P.2). Society too has its impact on the woman. This is through the traditions that control the whole members in the society. Traditions in the Islamic society are limited for the woman to protect her from the wildness of life.
Furthermore, Islam divides the roles of the family between man and woman to show the concept of equality. Family is an important element of the Islamic society. This is because the members of the family gain their power from their gathering. Therefore, the role of the man in the family is to support it financially and protects it from any harm, while the woman is in charge of the home and children. The role of the woman in the family is with great importance because she is the one who is responsible for bringing a great generation mentally and physically for the society.

2- The Western Woman and Family Value

On the other hand, the woman in the western society, does not value the role of the family in life. Western woman has her own traditions that make her leave her family when she becomes 16 years old to depend on herself and to try bearing the whole responsibility of life alone. This Western society has the view that a girl becomes a woman when she gets 16 years old. Moreover, she has the right to have her own apartment, job, boyfriend and all the financial matters. These all expose her to danger because 16 is a young age that makes the girl fall into mistakes. Moreover, family does not shape anything in the Western woman’s life because she sees that to stay with the family for a long time, making her cannot achieve her goals and waste her time. Therefore, there are many differences in the traditions of the Western woman and the Islamic woman that make the Islamic one is more respectful and protected by her own Quran’s laws.

Finally, differences are something that should be exist in the world to judge the best thing that we should follow in life. Woman is the human creature whom God values her and her role in the society. She is the half of the society that plays important and essential role in it. However, she is the mother of the community who brings boys and girls. She is the educator of the children, the partner of the man in his life, the mother of the family, and the kind sister for her brother. Therefore, all communities all over the world should respect the position of the woman and give her rights. Through the points which discussed in this essay, the difference between the Islamic woman and the Western one is big, yet they both similar at the point of searching for their rights in their societies which God gives them to the woman. From these rights, the equality which draws many rights under it, although God stresses on the right of equality from the beginning of the creation by sending Adam and Eve in a single soul. 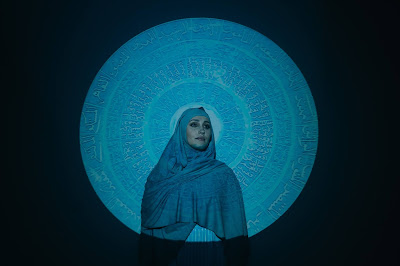