The context of the advertisement is the playground. It collects many football players either famous like Cristiano Ronaldo, Rooney, Neymar or unknown amateur football players. It is about how Nike brand is different and how it encourages people to take the risk in everything they do. Risking everything is a message that is shown in the advertisement through a team of famous players like Ronaldo and Rooney playing a match with a normal team of unknown players. In fact, the professional team that combines Ronaldo, Rooney, and Neymar does not contain any of these players. They are normal players and when they accepted to take the risk and accept the message of Nike, they converted to Cristiano Ronaldo, Neymar and Rooney.
The advertisement tells that anyone can become famous and professional through risking. This advertisement is found on the famous video engine whose name is YouTube. The name of the advertisement is “Best Commercial Ever! Nike Football - Winner Stays Ronaldo, Neymar, Hulk, Rooney, Iniesta, etc.” This advertisement has been chosen because it has a motivational message, which is taking the risk. The aimed or targeted population of this advertisement is all the people who like Nike and love football.

The use of cameras in this advertisement was very unique and professional. The camera was following each movement of the ball, the audience, and the players. When a player receives or delivers a ball, all his actions and movements are shot and pictured from many dimensions and positions. The peace of the camera and the series of scenes are very fast because of the fastness of football. The framing between the camera and the objects are interrelated. The usage of the camera depended on showing an inclusive overview of the match.

The set design is very attractive and innovative. The advertisement starts with a match between the two teams. The two teams are in a pitch and there are some buildings around them. The players are young and would tell that they are in school. There is also a road around the playground. The team which is led by an African guy would convert to a team of the best players in the world as they were wearing Nike. Each one of the famous players is wearing the uniform of his country team to tell that communication and interaction are possible between different people.
The first part of the match was in this playground in the day. After that, the match converts to a match in a big stadium with much audience and followers. The second part of the match was in the night. Flags and cheers were all around. The goalkeeper once converts to the famous movies’ character which is Hulk. Some of the audience who are taking the risk convert either to football players or boxers.

At the beginning of the advertisement, the costumes were related to football. All the players were wearing different clothes as there was not any unified uniform. After that and when one of the teams converts to a world team with many famous players, each player of these famous players appears in the uniform of his football country team. Risking was for both teams as the big team with the best players is risking and playing a small team risking with its popularity and the small team plays with a professional team without any fearing. These costumes encourage communication between people from different countries. The haircuts are the normal haircuts of the players and each one of them appears with his natural hairstyle.

The facial expressions and gestures are very expressive in this advertisement. At the beginning of the advertisement, the two teams accept to challenge each other and they are very enthusiastic. After a while, a team converts to a team of the best players who encourage each other through shaking hands and pointing at each other. The team which plays at the best players team seems to be afraid, its players did not decide to take the risk.
When Cristiano scores a goal, joy is shown in the best players’ team. When the goalkeeper of the best player’s team converts to be a Hulk, his face gets very angry and resistant to defend his goal. Cristiano gets to play a penalty and all the audience are aware and watching. That is because Cristiano has taken the risk and decide to play the penalty and when he scored for the second time, the joy has spread.

The message that is written at the end of the advertisement is risking everything. This message is competitive and motivating. This writing is very important as it encouraging people to go over everything and not to be afraid of any challenges. There are also some writings during the advertisement, which are translations of the words of the audience. Taking the risk should be a principle and Nike has taken the risk until it has become one of the best brands in the world. The importance of this message is convening through the world's best players who also take the risk and play a crucial match. Thus the copy of this advertisement depends on innovation through all the events of the advertisement. 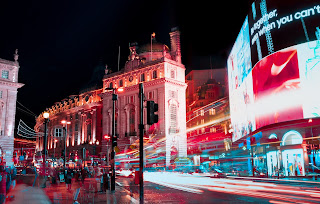