Making a survey is the best and the most effective mean to in the improving tactics. To make a survey, one should follow very principle steps in order to get the hoped results from it. The surveys depend on asking some questions to some people and then generalizing the results of this survey on the rest.

Before developing any survey, one should know the aim behind this survey. The general aim of all surveys is describing a population. For example, surveys can be showing the differences between the population who buy the goods of a specific company and the population that do not. Before starting any survey, one should determine the people, which he will make the survey on. These people should have traits that would make them very important to make a survey on. In case that the targeted populations are small, the one who runs the survey would make it easily on them all.
On the other hand, when the targeted population are many and wide, the one who runs the survey takes a sample of the population and generalizes the results. The timing of the survey is very essential. This timing includes the time of collecting data from the participants and the reasons for choosing this timing. The mode of the survey is the way of contacting the participants and the chosen questions and how these questions are asked. It is related to the choices of the one who would make the survey.

Focusing on Characteristics of Reliability and Validity:

All surveys are made to get information that are not apparent or readable. The best mean to make an effective survey is giving it the characteristics of reliability and validity. The question of the surveys should be related to the goal of the survey, as it they are not, the survey would be meaningless. Getting the population know the purpose of the survey, would make their answers real and accurate. Moreover, it is very important for the one who will run the survey to replace the questions when it is needed. Reliability means the measuring the same property would lead to the same result. When these results change, this would be an important indicator. The validity means the extent that the survey is valid to give accurate information. The used means should be suitable to give accurate information about the thing that one tests.

Tips for Putting Questions in a Survey:

There are many tips for building a good survey with good questions. These tips are building on the old findings of the people who had made similar surveys. There also should be a consideration for the time and the place context that would affects the results of the survey. The preamble and the headings of the questions should be clear and guiding.
The survey questions can be about an event, concepts or attitudes whose aims can be evaluation or judgement. The questions about events should include the experiences, occurrence, frequency, regularity, duration or date. The questions about attitudes can be about the degree of attractiveness, satisfaction, intensity, certainty or importance. The question wording include many important things, as one should use specific words instead of others to make questions easy. One can use work instead of employment, tired instead of exhausted and about instead of regarding. This is about the usage of words, for the usage of structures, they should be clear, easy and simple.
There should not be any sentence in the beginning of the questions as this directs the listeners towards a certain response. Questions that include phrases like answer true of false or how important is..? Do the same thing. The close-ended questions are the questions that have a short answer and the open-ended questions are the questions that are wide and open. The first kind saves the time while the second does not. This time is called the reference period. This reference period should be explicit through determining dates and places. The question format would determine the response format. If one wants to the city of living, he can use a question like in which city do you live? Instead of where do you live?
There is another kind of surveys called the self-administrated survey and it depends on papers or websites instead of direct contact. In case of using papers, they should be simple and folded or stabled well. If it is on a website, it should be working on all browsers, organized in a good order and has a good design. Finally, the survey should be easy, simple, clear, without any jargons, using the minimum words, not biased and including instructions and purpose. 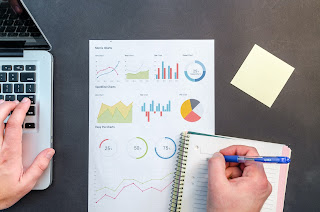