Life of a Student Mother Essay

Life of a Student Mother Essay

The number of young mothers who in fact study in universities is increasing rapidly. According to an interview I did with a friend, who is currently researching the topic. Student mothers who want to get back to their university life after giving birth to a child usually face a dilemma that deals with the fact that a normal day care in Gulf would only care for their child until 1 pm, which means that for a mother who is also a student any lecture or study group after 1pm will have to be cancelled from her schedule and that is very hard to keep up for a year. Unless the university helps the mother one way or another through holding daycares inside the university for example, mothers are bound to face many difficulties continuing their lives as students and that could increase the amount of unemployment among women in the country.

The problem of the student mothers in Gulf has many reasons and effects. Firstly, the student mothers can be the girls who get married in an early age before ending the university study. This turns her from a student to a student mother.
The second reason can be through the mothers who have an ambition and want to complete their studies. The effect of the studying and being a mother is that they face immense stress because the government does not support them well enough. Most governments do not try to change the roles to help young mothers and they still expect them to attend regularly. They expect them to take care of their babies, but they do not provide them with nurseries or day cares near the university or anything like that.

Effects of a Student Mother:

The Absence of the Governmental Support:

Many student mothers do not attend lots of lectures because of the lack of government support. Hence, the solution of this problem can be through the support of the government and the university. This support can be through providing them with e learning. Prohibiting marriage of girls until they finish their studies would also solve the problem. If it is available to have evening classes for the student mothers, this would be very helpful. The problem also can be solved through increasing the awareness at the people about the problem and that education should be completed before marriage, and that is the role of the means of media to increase the awareness of the people.

Many people claim that women should focus either on education or on taking care of their families. The fact is that many women could combine both of them. The matter may seem hard but it is possible through the support of husbands. There are many examples of friends who could successfully do that. These people say that homes are more important than education, but the fact is that education is very important and it does not have a limit or an age. 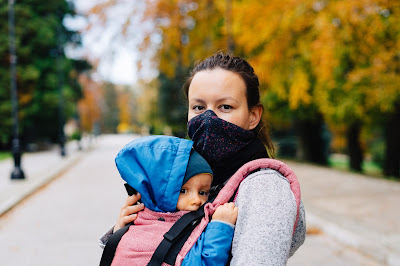