Cancer is an extremely dangerous disease that could result in death. It means that the cells of the body or a certain part in the body starts to inflame and this affects the tissues of the body. Any part in the body can be afflicted by cancer. When the cells of the body get older and older they die by the natural operations of the body. The body produces new cells to replace the old cells that have died and get rid of the dead cells. Cancer as a dangerous disease prevents this operation as it makes the old cells that should have been dead, survive and affects the body negatively. The cells that get affected by cancer become very abnormal and strange to the body. The problem with cancer is that the infected cells affected the rest of the body.

Generally, cancer can also be categorized according to the age or the gender. Another classification for the cancer is the classification according to the popularity.
Cancer has many types and studies have shown that the number of the kinds of cancer are on hundred. The names of these types are the name of the places that cancer is in like blood cancer, tissue cancer, stomach cancer, breasts cancer, brain cancer, mouth cancer and lung cancer.

For the mechanism of development, the cells that are inflicted by cancer increase more than the normal cells in the body. Hence, the disease can spread and affect all the body in a short time. This occurs due to the wrong replacing of the enzymes in the cells because of the cancer. This also changes the attributes of the protein in the cells. Discovering the mechanism of the cancer cells development would enable the scientists to fight cancer with the proper remedy. In addition to that, the proteins the covers the tumor cells depends on high sugar to grow. Thus, sugar or O-glycan enhances the growth of the cancer. The malignancy changes in the body causes genes alterations.

To sum up, cancer is a very dangerous disease that can lead to quick death. The human body depends on cells to survive. When changes happen to these cells and its components, the body would suffer from severe malignancy. Cancer as a dangerous disease is not only one kind that afflicts the body, but the kinds of cancer are more than one hundred. The cancer of the skin is one of the most common cancer types and it can occur for bot males and females. Cancers takes the name of the organ of the body or the kind of the cells. The benign cells or tumors can not be regarded as cancers as they do not hurt the body, but the tumors that are malignant are signs of cancer. 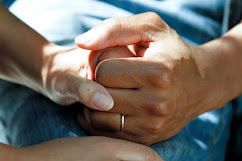