The Case of the Speluncean Explorers Critical Analysis

The Case of the Speluncean Explorers Critical Analysis

This article discusses a legal philosophy problem before the Supreme Court of Newgarth. It is tackling the five appropriate settlements for the case of the Speluncean explorers. The case is about five explorers who have been detained inside a landslide cave and they became not able to get out in addition to they lacked food. They wanted to eat to prevent them from dying out of starvation. After that, they made a decision to kill one of them and eat him to rescue themselves from death as a result of their great hunger. They made a toss or a kind of lot to select who is going to be killed and eaten by the other four men. Extrication teams managed to save them from their landslide cave but it was late; they have murdered one man of the five explorers. Then, the four survival explorers confronted death plenty by the court of General Instances of the County of Stowfield, as a result of their illegal deed by killing the fifth explorer. The article is introducing five judicial proclaims that might help the four guilty explorers to avoid death plenty.

The Speluncean organization is an association of not professionals people who are fond of the exploration of landslides and caves; and the four explorers are parts of this association and working there. They liked their job as explorers and they participated in a lime-stone cavern to find any new discovery to shed the light on and make it under the spots. A landslide of the cave happened suddenly when they were in a very far place inside that cave. By the time, a very bad coincidence took place and a large stone falls down to close the only loophole that can maintain them to get out of the cavern. After figuring out their obstacle to skip that cave as they can not find any method to get out through this large stone. The explorers tried their best to remove these barriers of stones and blockers that prevent them from quitting but nothing benefit, so they decided to stay and wait for what is going to happen for their destiny. Thanks to the guidelines signs that are left by the explorers at the headquarters; the extrication team succeeded to find and rescue them.
As a matter of fact, the rescue mission was so hard, as the extrication team asked for back up of machines and med to give them a hand in moving away from such huge stones from the cave and let the explorers out. Unfortunately, throughout the rescue mission, ten of the extrication team passed away while they were doing their high-risk work. After thirty-two days, the extrication team managed to get the job done and save the explorers out of this dunghill cave. It was so clear that the cave was so poor and lacked any kind of food so that the explorers had to prepare themselves better than they did and brought with them more supplements to provide them with the necessary needs of food and prevent them die out of starvation. There were also some pieces of evidence, declaring that the explorers were having a portable wireless machine to maintain them send and receive messages if they confront dangerous situations.
Hence, all of these pieces of evidence are so clear to charge the four explorers for murdering Roger Whetmore, as the trial judge proclaimed and decided to sentence them to death. The lawyers and defenders of the case asked the Chief Executive to change this plenty, but the Chief Executive refused this petition of error and supported the death plenty. The trial court judges followed the law that says whoever kill or murder another have to be sentenced to death, without any exception or sympathy.

The defending proclaiming at this point refers to that the explorers did not select their bad fortune as they got indulged in such harmful situation out of their will as well as they could not find any solution to make them get rid of the large stone that blocked their way out. Thus, if the trial judges condemn the explorers of committing a crime, according to the law regulations, then the law is considered injustice and needs some kind of reconsiderations in its regulations. The petition of error intensifying badly on the innocence of the explorers; as they were victims of a dangerous predicament inside the cave and killing one of them was the only means to survive.
There is no doubt that most laws are seeking all the possibilities that help people to survive death and save their existence. Briefly, the principles of the state of nature require people to preserve their coexistence and it is related mainly to the commonwealth laws i.e. this petition is trying to light the court about the guiltlessness of the four explorers from any crime.

When it comes to the court and trial side, one has to avoid any emotions and use only reasonable attitudes in order to be fair as well as preventing any type of injustice. If one looks at this case from the emotional case; he will notice how cruel and rude action which the explorers have done by murdering Roger Whetmore to eat his flesh. However, if one looks at this case from the reason and logical circumstances, it was clear that these guilty explorers had no other choice to save their life.
The petition of error is handling many sides such as the explorers were not in the state of civil society but they were in the state of nature, the use of toss through the dice proved that the explorers` actions were not only out of their will but also were under agreements among them; who loses the lot, he will be killed and eaten.

This proclaiming petition at this level posing two questions for the court to show some required data about the case. The first question is talking about clemency, mercy, and forgiveness for such defendants who committed this so-called crime out of their choice to prevent their starvation.
Moreover, the second question will decide if the explorers` deeds were the right decision or not. Whereas, there are many considerations for the major exception relating to the explorers` acts of self-defense by eating the flesh of Roger, nevertheless, the trial judges didn`t bear in mind that fact of obligatory option for explorers to kill and eat Roger.

The fifth proclaiming idea is handling the major elements that shed the light on the legal nature related to the dealing matter inside the cavern, and show whether this case is one-sided or two-sided, in addition, to prove that Roger Whetmore was killed by his acceptance after making a dice game to choose who will be killed and eaten. There is no doubt that the trial judges are flesh and blood human beings who also have emotions and minds like any ordinary person; so that they just have to look at the case from the other side away from paper words or any type of theories or very strict regulations.
In a nutshell, this try for preventing executing the death plenty of the four defendants explorers is considered the most efficient move as it paved the way for the trial judges to aware them of the humiliation and cruel situation that they guilty men faced inside the hellish cave and how they already endured much pain; in other words, the death plenty have to quit and put aside as the four explorers are completely innocents.

To conclude, the case of the Speluncean explorers has caused a huge and eminent interest at all people. The article is tackling a serious dilemma related mainly to legal philosophy issues before the supreme court of Newgarth. The case briefly was about five adventure explorers who faced a bad situation inside a blocked carven, and they became unable to get out and haven't any food to save them from dying as a result of starvation.
Then they decided to kill one of them and eat him to rescue themselves. After they have been rescued by a rescue team, the four remaining explorers out of five were condemned for murdering the explorer Roger Whetmore and they were sentenced to death plenty before the court. There were five petition of errors wanted to change this severe sentence by introducing proclamations.

Many of the public opinions were so neuter and whirl. This made some newspaper writers hint at the puzzled attitude of the reader who can`t decide whether the explorers` deed was wrong or right and whether they deserve the death plenty or no. In my opinion, the murder act of the explorer Roger was so rough and cruel action without showing any mercy the other four explorers have killed and eaten him.
However, one may sympathize with the four defendants as, first they had no other choice, and second, they made a toss by dice in order to leave the destination and choice, of who is going to be killed, to fate and God will. There is also an expectation refers to that anyone of us may get involved in situation like that and react in more tough attitude towards others; it was clear in the old era of life as men were killing each other in order to survive. 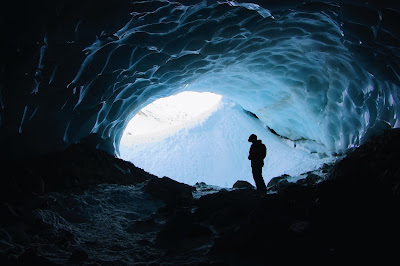