Types and Symptoms of Viral Infection

Virus and the Human Body

Nowadays, the world is full of different kind of pollution like; air, water, land pollutions. This leads the world to suffer a lot from various kinds of viruses that they cannot find a therapy for them. These unfamiliar viruses lead to increase the rates of death and sometimes the world witnesses a huge extermination to many areas in different countries around the world due to the enormous increase of corpses which result from viruses. Despite the great technology which the world has reached today, new viruses are born parallel to the technological innovations and developments. This is because technology has its disadvantages that affect human beings, animals, and planets. All these are lead to death and increase the rates of mortality in the world. As an effect of that, viruses are come as a monster that holds a poison and pervades it inside each living organisms and leads to their death.

The Medical Definition of Virus:-

In 1898, Friedrich Loeffler and Paul Frosch are two scientists and scientific researchers who found evidence that reason for the foot-and-mouth virus in livestock was due to the infectious particle which is smaller than any bacteria. It was the first discovary for a kind of virus and the first time to spell the word virus in the world. Moreover, it was the first natural phenomena to viruses and genetic entities that lie somewhere in the grey area which found between living and non-living states.

The role of health workers, and scientists in facing viruses is major with no doubts. This is because they are the only groups that can be able to defeat these viruses with their different kinds by demonstrating new therapies and treatments that can stand lookout for any virus to defeat. Scientists can also create new therapies that are taken from the virus itself as a kind of treatment. Moreover, they can invite new devices with specific x-rays and ultraviolet rays that can help in Crushing harm molecules of the virus. Virus is the thing that ruined the lives of many people and prevents them from practicing their lives. It also delays many plans and ideas from being achieved as it comes to a man and weakened him or her and leads some times to death. Thus, governments have a great role in paying attention to the sources that lead to creating viruses and prevent the current and old viruses from being pervades. This is to preserve the humans’ lives as the human has a great value in developing the world’s countries.

Virus infects specific areas of the human body as it causes different diseases according to the areas attacked. When virus attacks the skin it might cause warts which is popular with the name of HPV. As for the respiratory kinds of viruses, they are the main responsible for rubella, influenza, mumps and measles.
Moreover, oral viral affects the human body to suffer from coxsackie, polio or even Hepatitis A. All these diseases and more affect on the human body after it encounters the attacks of the virus that would lead to the patient`s death. There are also common diseases that occur because of virus such as cancer, Ebola, Zika and other diseases that made scientists and doctors unable to fight back such harmful types.
Viruses have leftward traces in the history of living organisms, however, viruses themselves have no fossil record. It was discussed that viruses might be a reason for the extinction of some kinds of animals and planets that were found in previous decades and now they are not existed any more. This is a hypothesizes from scientists and researchers, who predict these results from some fossil records. Some predictions emphasizes that in the past decades some viral diseases were spread and might have been responsible for the extinction of the dinosaurs world and other life forms. It was not sure that this theory are reliable and has a sense of reality as it was regarded as group of conclusions from past experiments and discovers which seems unlikely, since one virus can make disease in one species or even in a group of the same species. Even a theoretical virus that could pollute and kill all dinosaurs for 65 million years ago, could not also have diseased the ammonites or foraminifera that also vanished at the same time.

How Viruses Work in the Human Body:-

The journey of Viruses is long and depends on the host cells that they pollute to reproduce. When the virus exists outside the host cells, it appears in a form of protein coat or capsid, however, sometimes surrounded within a membrane. The capsid surrounds either DNA or RNA which is a sign for the virus elements. However, in the form of outside the host cells, the virus is metabolically inactive.
When the virus reaches the host cell and communicate with it, it starts to produce its genetic material inside the host cell, literally dominates the host cell’s functions and begins to control the situation inside the human’s body. After that, the infected cell pervades more viral protein and genetic substantial instead of its usual products. Some kinds of viruses may remain dormant inside host cells for long periods of time. This also can cause no obvious change in the host cells this stage is also known by the lysogenic phase. Yet, when a dormant virus is movable, it transfers to the lytic phase, where new viruses are shaped through self-assemble and explode out of the host cell. Then it kills the cell and move on to attack other cells and dominate them.
Another use for the viruses is that they are extensively used in genetic engineering, because they can transfer genetic substances among various species of host. Viruses as it was mentioned before, hold by nature what is named as "genetic engineering". This means that a virus may absorb some genetic substantial from its host as it is duplicating and then transfer this genetic material to a new host, even this host is dissimilar to the previous one. This process is also known as transduction. However, in some cases it may serve as a means of evolutionary change.

Humans still frightening viruses till now and from the beginning of the humans’ existence. Viruses are various and categorize into several stages according to their danger. There are nine types of viruses that were recorded as the most deadly viruses in the world. In this essay, five out of nine will be mentioned in details.

This virus has appeared in the end of 2019 in China mainly in a city called Wuhan. After that, it has been moved to many other countries all over the world, causing some lung and breathing problems reaching to death. It has some other symptoms like coughing and fever. Until the date, of this essay, which is January 2021, it afflicted around 85.1 million persons causing death to 1.84 persons. It spread in many countries such as USA, India, Brazil, Russia and France in its second wave or outbreak in 2021.

This virus was discovered in 1967 in Germany, when lab workers were exposed to infected monkeys, which were imported from Uganda. Hemorrhagic fever is the common symptom that relates both Marburg virus to Ebola. This fever means that the infected patient witnesses a high temperature and bleeding throughout the body that can results in shock, organ failure and death.

Sudan and the Democratic Republic of Congo are the first to countries that witness the beginning of Ebola virus in 1976. Ebola is a virus that transfers through blood or other body fluids or even tissue from polluted people and animals.

Rabies is a virus that results from the rabies vaccines for pets which were familiarized in 1920s. It also helps in making the disease exceeds rare in the development world. This phenomenon remains a dangerous problem in India and parts of Africa. This virus destroys the brain, but scientists have found therapy for it but they stressed on the importance of taking the therapy at the exact time to avoid direct death.

HIV is the most deadly virus among others especially in our modern days. The disease was first recognized in the early 1980s, where estimates have announced that 36 million people have dead from HIV virus.

Humans fought the smallpox disease for thousands of years. It was discovered and became known in 1980. However, during these years the disease killed about 1 in 3 of those infected people. It also hurts its patients who were survived from death by deep scars and sometimes blindness. The rate of mortality estimates higher percentages of infected people with smallpox virus outside Europe. As it this disease came from the migrant people to Europe. 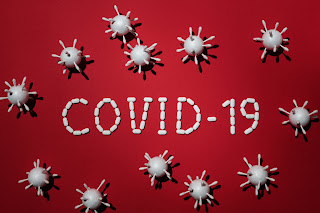