The International Criminal Court (ICC) has been established in 2002 to become the first court able to judge and lawsuit individuals that are accused of crimes of genocide, crimes against humanity, war crimes and crimes of aggressions. The court exploits and works on the completion of the judicial existed powers. This court cannot do its job without the agreement of the national courts as well as the lack of these national courts to investigate and introduce appeals against significant suits and cases. The potential of this international court is restricted to see the cases that occurred only after July 2002 as it is the date of its establishment. It is considered a frequent international court as it seeks to draw an elimination for the global culture of impunity and put an end for the escapement from being accused of crimes; as many people committee crimes inside their countries and fly to another country in order to escape from their trails but after the establishment of this International Criminal Court, these incidents diminished and about to be vanished.

The ICC is the first judicial and global association achieves not only international assistance but also support in a limited time. There are many countries that showed their admiring and acceptance of this court as the number of the countries that signature on the regulation of constructing this court reached about 120 country around the world. This court is considered independent from the United Nations as it has its own works and missions far from the tasks of the United Nations. Finally, the ICC was founded in the 1sth of July 2002 in Rome, Italy.

Crimes Fall under the ICC to Be Judged:

This factors introduce the four crimes that come under the laws of the specializations of the International Criminal Court which are; genocide, crimes against humanity, war crimes and aggression crimes.
1- Crimes of Genocide:
It is one of the most cruel and tough crimes that the world have ever witnessed. Genocide refers to shooting people, murdering or cause a critical harmfulness for people. These types of crimes are committed only for the sake of the destruction of a national, ethnical, racial or religious group inside one country or the whole world.
2- Crime Against Humanity:
This refers to any prohibited actions against the Rome regulations and orders whenever it committed or even wherever against any kind of people. There are several examples of these types of crimes such as directed murder, extermination, rape, sexual slavery, deportation or forcible transfer of population. Moreover the crimes of genocide or spreading fear among citizens. As a matter of fact crimes against humanity are considered punishable regardless of the time of its commission, the time of peace or the time of war.
3- War Crimes:
This refers to the brave breaches of the Geneva Conventions which has been settled in 1949 or any other severe breaches and breaking through the war agreements. Bearing in mind the trails do not distinguish if these breaches happened in domestic or global conflicts. The basic Rome systems defines the past three crimes in order to avoid any kind of vagueness or confusion. The fourth and last type of crimes that the International Criminal Court handles is the aggression crimes. These types of crimes is clearly tackled or determined in the laws unlike the other three types of crimes. Otherwise, the decision retains to the court in case it finds the action is considered aggression or not as well as figuring out the important factors to prove the aggression actions.

The Territorial Jurisdiction of the ICC:

Throughout the negotiations of the Rome system, many countries did their best to give high and global powers for the International Criminal Court. However, the United States and especially the United Nations stands against these attempts and a compromise has been made among them to give the court the right to perform its work and trails according to specific conditions.
A) If the accused person is an inhabitant of a member state or if his country accepted to make him stand before the court.
B) If the crime occurred inside a member state.
C) If the Security Council refers the case to the International Criminal Court.

The Temporal Jurisdiction of the ICC:

The Supplementary Jurisdiction of the ICC:

The purpose of the International Criminal Court is clear through being a final destination in case the national courts failed to perform the trails against criminals. The Rome system refuses some cases in some special conditions according to the item 17 inside the agreement.
A) If the national country declined carrying out the investigation or prosecution of the International Criminal Court.
B) In case the Country has been perform the investigations against the criminal and asserted his innocence according to the law of the national country.
C) If the accused person has been trailed of his crimes inside his national country.
D) If the crime is not that dangerous or the appeal of the case lacks the importance or reputation.

To sum up, the International Criminal Court (ICC) has been established in 2002 to complete the works of national courts. This court can`t do its work without the acceptance of the national courts or in case they can`t investigate against those issues. 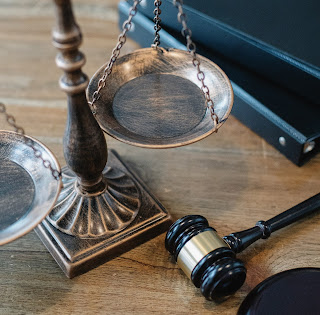