Women have great roles and tasks in the development of society. “Baby Battle” describes the stages that women go through in their lives. The author tries to show the differences between the three types of women mentioned inside the article and the fact that if all women saw from the others point of view they would be surprised by how similar they all are. Women before giving birth most of the time do not understand the concept of a mother really well some even feel irritated whenever they see a baby causing a mess in a mall or a similar setting with many people; however, once a woman becomes a mother herself she tends to think and understand how other mothers feel about their kids and how children cannot be controlled easily especially as they try to explore the world around them. Women work can be discussed from three different sides; the woman work before getting married, the woman work after having a child and the woman work after having more than one child.

Single women tend to focus on their career most of the time and that gives them an advantage at work more than the rest of the women around them. As unattached women, single women do not have limitations at their work life and they can easily travel for work purposes or work flexible hours. Single women do not have house responsibilities they only have themselves to feed and so they can easily spend their money on whatever they want. Single women most of the time tries their best to advance in their work life and ignore completely the idea of marriage and children which is why they usually succeed in their work life but fail in their personal life. The heroine in “Baby Battle” apparently was a single woman at first and she thought that children were annoying just like any other single woman. According to Cheever, 2009, P.473 single women usually pity both working mothers and housewives for wasting their times with children and housework. They feel different from the women around them and like their life without burdening responsibilities.

On the other hand, working mothers tend to act similarly to single women before marriage and they keep part of their independent personality even after marriage. Working mothers as mentioned in “Baby Battle” usually leave their kids with a nanny till they get out of work and afterwards they get back to their kids and start taking care of them. Working mother is usually looked upon badly by housewives because their views always clash with each other. They generally face many obstacles keeping their life together especially when their work needs them to spend a lot of time away from home. Baby battle does not just discuss the idea of single women and working mothers only, it also discusses the concept of staying at home mothers or housewives. Stay at home mothers or housewives in general seem to believe that their life is in their homes, they do everything they can to make their children happy, they perform all the housework and they rarely use nannies in order to take care of their kids. Stay at home mums usually believe that a mothers jobs is to take care of her children and that`s why they look down upon women who work and leave their babies behind with a nanny.

When wives have one child besides working they take the responsibility of three main tasks. The first is her husband, the second is her child and the third is her work. Women tend to be mothers and have a job in same time because they want to have their own carrier. By having a job, mothers became very responsible and independent in the society. Women also take the opportunity to participate in the development of the society. The heroine in “Baby Battle” starts the story as a woman without a child thinking only about her carrier and as time goes by and she gets pregnant and gives birth to a child, she herself sees the importance of a family and a child and starts acting exactly the way she hated before. She starts defending her child`s behavior when he does something that gets people irritated, starts feeling overprotective of him and even starts getting into arguments for his sake. Baby battle shows the story of a single woman who gets married and gives birth besides the differences she felt when she moved on from being without a child to become a mother.
The different types of women in the world all have different views and that gives them different reactions to the different situations in life. Baby battle discusses all the different types of women, especially mothers that exist in life through the example of the main heroine. The main heroine was at first a normal young lady who did not like the irritation that children caused in public places however later on when she had her own child she understood the feelings of mothers with children and stopped feeling irritated from children`s behaviors in public places. According to Reese, 2003, P.307 every mother is a working mother child care is a full time job for housewives and because they do not use a nanny or a servant to do the housework and other jobs that a woman needs to do, they work the whole day and never stop working until their children grow up. Thus it is true that motherhood is a full time job and without help a mother cannot work. The author of baby battle obviously wanted to discuss three important things throughout the story, the first one is the difference between all types of women in the world, the second one is the difference between a working mother and a stay at home mother and the reasons that some mothers work. Thus, the story discusses the life of various types of women around the world including, working single women, housewives and working mothers.

The Problem of Time Lack:

Working mothers, who have more than one child, usually lack the required time for her children and her family; however, most women are able to arrange her time in an appropriate way for taking care of her children and family. According to Kassamali, 2014, P.7 a job needs time from a woman and thus a working mother might not have enough time for her child`s needs. As an effect, working mothers need to try their best in order to organize their time and help their child the best they can. Some women tend to neglect their child because of work and the opposite happens in some cases and that should not happen. It is advisable if a woman cannot handle all her responsibilities that she chooses only one and focus on it. However just because some women cannot balance their life, that doesn`t mean that working mothers in general can`t balance their life. The heroine in baby battle seem to have succeeded in creating a balance between her work and her personal life, the reason for that was probably the fact that she was a writer and thus she could easily conduct her work from home. Thus, given the right job and the right amount of time a woman can balance her work life and personal life with some efforts.
Not all working mothers or housewives stay at home or work because they want to or because their views does not allow them to do the opposite, sometimes a working mother might feel the need to stop working after giving birth but because of debt and other stuff she ends up working anyway in order to keep up with the house expenses. The situation in baby battle appears to be similar, the mother in the story obviously wanted to stop working however she could not because she was in debt and thus she continued working from home. In other situations, a woman might want to work even after giving birth to a child but the lack of suitable jobs or the lack of suitable environment that she needs to work might prevent her from working and thus she ends up becoming a housewife. As an effect, becoming any type of woman is not a matter of choice all the time, you could stay single because you couldn`t find a suitable person just like you could stop working because you cannot find a suitable environment for a mother to work into or just like how you could start working again because you cannot afford losing money.

In conclusion, women see each other differently according to the stage of life they live in and the views they have in life. The different types of women see things differently and thus react to the concept of having children differently. Single women do not normally think about children at all, they most of the time focus on their career and nothing else while working mothers most of the time try to balance things between their life and their work. Housewives focus only on their life inside their house and nothing else and most of the time they see working mothers as irresponsible because they are not giving their children the attention they need and that is very wrong in their point of views. Single women look down upon working and stay at home mother while working mothers mostly look down upon housewives for wasting their whole life on childrearing and house related responsibilities. The baby battle shows all the previous differences between the different types of women, it also shows what it feels like to see from the other side of the mirror as one woman who was once single with a normal single woman`s view develops and changes her views as she goes through marriage and child birth and learns what it feels like to be on the other side of the mirror. 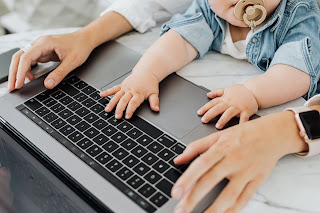